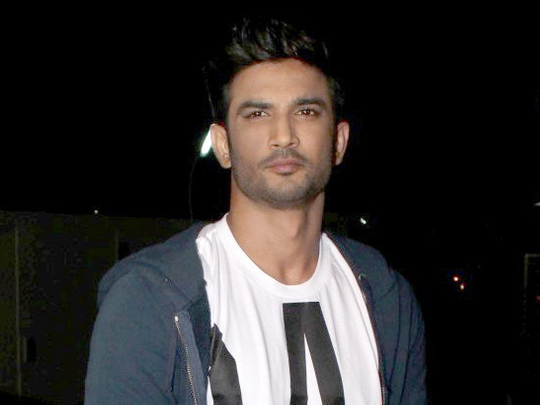 As Bollywood actor Sushant Singh Rajput’s ashes got immersed in a holy Indian river on June 18 by his family members as per Hindu rituals, a drama of a different kind unfolded in his native town in Patna and in the world of Bollywood.

Rajput’s death has re-ignited debates on nepotism, the importance of mental health among public figures and the brutality in Bollywood towards aspiring actors. Rajput’s unexpected death at 34 is yet to be processed by his adoring fans, who are desperately seeking closure.

Rajput, who was found dead at his home in Mumbai on June 14, left behind an army of grieving fans and galvanised a movement of sorts to address the dark secrets of Bollywood.

Disillusioned fans of Rajput took to the streets in his hometown to protest against nepotism in Bollywood and burnt effigies of major stars like director-producer Karan Johar and superstar Salman Khan, who they believe sabotaged Rajput’s rising career.

A call to boycott their films is also being made.

Apart from sloganeering against power-brokers in Bollywood who encourage favouritism and hostility towards certain outsiders, these actors and directors have also been facing their online wrath.

Rajput, whose last film was the underwhelming thriller ‘Drive’ on Netflix, allegedly lost six movie projects that he had signed after his 2019 film ‘Chhichhore’. The word on the street is that he rubbed some powerful people in Bollywood the wrong way and had earned their wrath.

Johar, who has more than 1 million followers on Twitter, hit back at his haters by going on an unfollowing spree. Johar, who has 1.7 million twitter followers, is now only following a clutch of eight Twitter handles. Shah Rukh Khan, Amitabh Bachchan and Akshay Kumar have made the cut.

His alleged girlfriend and co-star for one of his future projects Rhea Chakraborty arrived at the Bandra police station on Thursday morning to record her statements with the officials. Although no suicide note was found, the police have opened a detailed investigation into the star’s suicide.

While it has been a grim day for Rajput’s fans, actress Shraddha Kapoor posted an emotional tribute to the actor on her Facebook account. She knew the star after acting with him in 2019 hit ‘Chhichhore’.

Kapoor was one of the actors who attended Rajput’s muted funeral in Mumbai.

“Been trying to accept what has happened and coming to terms with it is very difficult. There is a huge void… Sushant…! Dearest Sush…! Full of humility, intelligence, curiosity about life, seeing beauty in everything, everywhere! He danced to his own tune,” said Kapoor.

The actress remembered their conversations fondly and his love astronomy and his kindness towards everyone around him.

“During a lovely musical and poetry filled get together at his home (he loved music and poetry), he showed me the moon from his telescope and I was so speechless that I could see it’s exquisite beauty up close!! He wanted to share that feeling,” said Kapoor. Her tribute was filled with exclamations about his generous nature and his wonderment at all things simple.

“Our Chhichhore gang went to his beautiful home in Pavna, where we were awestruck together with the peace and calm of the nature around us — he loved nature! He saw things through a kaleidoscopic lens and wanted to share that with everyone around him. He was mesmerized by the simplest things and would muse on them in a genius way…! He was truly, One of a kind,” said Kapoor.

Kapoor was initially trolled for not writing an eulogy fast enough. But her presence at the funeral appeased those haters.