On Tuesday, Nick Hockley was named as Cricket Australia’s interim chief executive in the wake of the deposed Kevin Roberts. On Wednesday he was jointly presiding over the awful task of making 40 employees redundant from the governing body. And on Thursday he was speaking for CA on radio, stressing the importance of unity in the game.

As the T20 World Cup local organising body’s chief executive, Hockley had a seat at CA’s executive table, so was close at hand to watch the chaos that unfolded from the moment Roberts and the CA board chose to announce mass staff stand downs in April while seeking deep financial across the game.

Highly rated by his own staff, Hockley was seen as the ideal interim while CA went on a more extensive search for the next long-term chief executive. But he has been left with the unenviable task of patching up staff, state and player relationships in the decreasing amount of time available between now and the start of a summer that must be run as effectively and efficiently as possible in the wake of the coronavirus pandemic.

“It’s been an extremely difficult time, this week even more so,” Hockley told SEN Radio. “Yesterday we had to let go some really, really great people, but it’s all about getting the team back to work, reaching out to the states and territories and the ACA. We are so much stronger together.

“We’ve got a huge amount to look forward to with India coming. In very difficult circumstances it’s a massive privilege to be asked [to take the role]. I’ve been in the game here for eight years, I care deeply about the people. It’s by no means broken.

“In many respects we’ve been extremely fortunate compared to other sporting codes with the timing of Covid-19. Australia are world champions three and a half months ago, rank No. 1 in four out of the five ICC ranking formats, we’ve got India coming, we’ve got the World Cup, we’ve got the Ashes the following year. There is so much to look forward to and really it’s about pulling together.”

Hockley recalled the week after the wildly successful women’s T20 World Cup final, watched by more than 86,000 spectators at the MCG, as the moment in which all plans were thrown into chaos, and sympathised with the highly conservative course of action taken by Roberts and the CA board chaired by Earl Eddings.

“I was there with a seat at the table in those deliberations, from the perspective of making sure that the World Cup was integrated in terms of contingency planning and we’re all working together on the best measures around restrictions and things,” he said. “And really the world fell off a cliff, it was pretty much that Monday or Tuesday after the final, and no-one really knew what it meant. But the situation has been evolving, and the measures we announced yesterday I think are prudent and necessary in the circumstances.

“Things like standing down the majority of the staff, which has just been extremely painful for a lot of people, that’s enabled us to conserve funds, enabled us to really minimise the redundancies we’re having to make moving forward. We’ve just got to be so thankful that in Australia we’re getting sport back, we’re getting crowds back and that’s really my focus now.”

The speed at which Hockley’s appointment arrived, after Roberts’ exit was not formalised until late on Monday night, has left many areas unaddressed, such as who will take the reins of the T20 World Cup itself, and whether he will be a contender for the longer-term role – an unlikely possibility though there is every chance Hockley will finish up as a CA executive. What Hockley can promise, as a seasoned stager of major events, is a strong degree of skills in getting a show on the road. He was, after all, the runner of the most recent show.

“One thing I know having worked on the World Cups, you can’t deliver a major event on your own. It requires all the states and territories, the venues, the broadcasters, the partners, everyone all coming together, and together one plus one equals more than two,” he said. “I see this immediate time now as making the most of what we’ve got. We owe that to the fans, we owe that massively to those people who we had to stand down yesterday.” 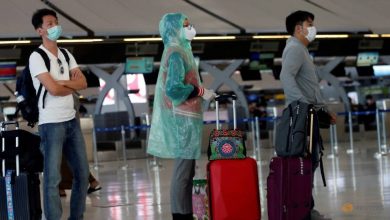 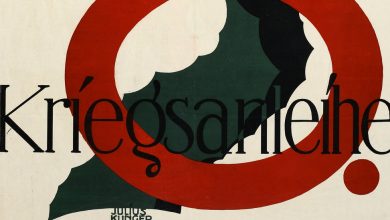 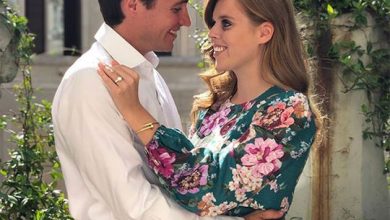 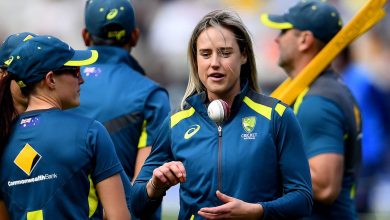 Hollywood star Reese Witherspoon opens up on battle with depression

Rafi: Golden voice of the silver screen
1 week ago

Kim Kardashian has emotional reunion with Kanye West
1 week ago