What starts with football, ends with wrestling and lasts the better part of three days? That would be Ron Perlman’s recent Twitter feud with Senator Ted Cruz and Representative Matt Gaetz.

Among the edgy vocabulary in the poo-flinging contest: “racial justice warrior,” “wokeness,” “gerrymandered,” “triggered,” “dog whistles,” “white supremacy” and more, along with some really choice profanity. It hardly gets more Twitter-esque among the verified-account crowd.

‘Sons of Anarchy’ actor Perlman and Gaetz, a Florida Republican, clashed on Saturday after President Trump retweeted a Thursday tweet from Gaetz shading the US Soccer Federation’s decision Wednesday to roll back a 2017 regulation requiring players to stand during the national anthem.

Perlman jumped into the fray by tagging both Trump and Gaetz in a tweet that said, essentially, that the US Soccer team had called and, you guessed it, they could not care less about what the politicians think.

Trump let it slide but Gaetz took the bait and responded: “This racial justice warrior had no problem in Hollywood portraying the White Supremacist leader of a motorcycle gang,” referring to Perlman’s role as Clay Morrow on the FX series ‘Sons of Anarchy.’

“Yessir, so true!” the ‘Hellboy’ actor responded. “So rewarding playing [jerks] on tv. Tell me sir, how is it actually being one?”

“Honestly?” Gaetz replied. “The fact that Hollywood thinks I’m [a jerk] is a badge of honor 🙂 You wouldn’t be tweeting about me if my message weren’t true & effective. Threatens your wokeness. How triggered will you be when @realDonaldTrump is re-elected? More or less than when crooked lost?”

Neither man used the word “jerk,” but … you get the idea.

Perlman then called out Gaetz for playing to his constituents “with dog whistles like ‘Hollywood’, making them think culture is the thing that’s keeping them down? When it’s really you and your greed.”

“I can see I was way off w the ‘triggered’ analysis,” Gaetz answered as the exchange continued into Sunday.

Perlman then accused Gaetz of winning “a totally gerrymandered district with daddy’s money,” saying sarcastically that such a person “deserves our deepest admiration.”

“You’re right…,” the actor continued. “I only PLAY scumbags and grifters. You’re the real deal!”

“Dude I represent a district of 700k that elected me w about two-thirds of the vote the last 3x I’ve been on a ballot,” the congressman parried. “Blue check marks don’t scare me anymore than your fictional white supremacy motorcycle gang. Leave the tough guy comments for those of us who face the voters.”

Gaetz also pointed out that his district is bordered on the north and west by the state of Alabama and on the south by the Gulf of Mexico. “It’s literally impossible to gerrymander,” he told Perlman. “Try again.”

“Matt, ya really wanna keep going? I been schoolin ya all day, I’ll school ya all night! LMK,” Perlman said. A few hours later, he sent out a tweet insulting Gaetz’s looks, comparing him to Representative Jim Jordan, R-Ohio. “If it weren’t for him,” Perlman told Gaetz, “you’d be the ugliest politician walking.”

And that tweet was what elevated the conversation from the House to the Senate.

Cruz of Texas jumped into the grown-man slap-fight on Sunday night, tweeting, “Listen Hellboy. You talk good game when you’ve got Hollywood make-up & stuntmen.” Cruz bet Perlman $10,000 (Dh36,725.5) (to the “non-political charity” of the actor’s choice) that he couldn’t last five minutes in the wrestling ring with Jordan, a former OSU wrestler and assistant wrestling coach.

“Wait, is this THEE Ted Cruz?,” Perlman snarked before insulting the Republican for his pre- and post-election relationships with Trump. “Yo, can I get your autograph man?”

Minutes later, Perlman noted that talking about Jordan and wrestling was “problematic” (the representative has repeatedly denied knowing anything about alleged sexual abuse by a team doctor while he was assistant coaching), so he suggested he and Cruz “just make it you & me. I’ll give 50k to Black Lives Matter and you can keep all the tax payer money you were thinking of spending.”

“I get it, you’re rich. But, apparently, soft. You sure seem scared to wrestle Jordan (whom you keep insulting),” the senator said. “Can’t take the heat? Need to get a manicure?”

Perlman then closed things down, for now at least, by asking Cruz what kind of man offers to have another guy kick somebody’s butt. 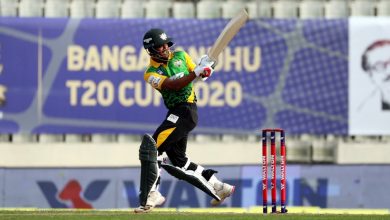 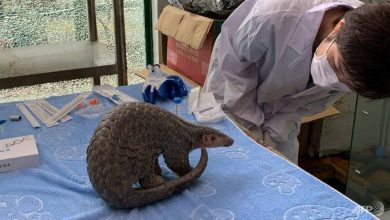 Chinese conservationists battle to save pangolins from poachers 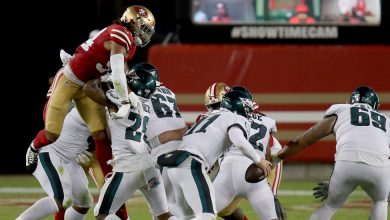 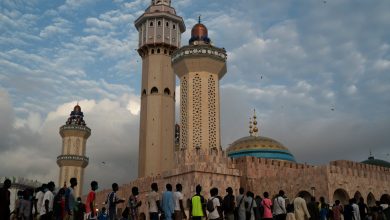 The Pilgrimage Must Go On: Senegal Holds Festival That Could Draw Millions

How did Fiat get Elvis Presley to promote its pickup truck?!
July 21, 2020

How did Fiat get Elvis Presley to promote its pickup truck?!