If the list of key figures in Australian cricket who couldn’t deal with Kevin Roberts had grown so long as to make his position as Cricket Australia (CA) chief executive untenable, it’s unlikely that their discontent will be sated purely by his exit.

After Roberts departed on Tuesday, leaving behind many fractured relationships due to Cricket Australia’s response to the coronavirus pandemic, chairman Earl Eddings is expected to face questions of the board’s own structure when he sits down with state associations and the Australian Cricketers Association (ACA).

In confirming Roberts’ exit on Tuesday, Eddings conceded personal responsibility for communication failings between CA, the states and the players union. However, he also said that the chairmen of all organisations had been in more or less constant contact since April, when the governing body declared it may be trading insolvent by August without major cuts.

These discussions have largely taken place on a one to one basis, as almost 60 days have now passed since the state chairmen met collectively in the equivalent of a “national cabinet”. Once the current range of funding disagreements are smoothed over, and a permanent unifying figure takes over, CA will need to work extensively on continuous improvement of relationships.

“I think where we can improve right across the board is communication at all levels of the organisation, from chairs and boards down to people at the grass roots when they engage with the various states,” Eddings said on Tuesday. “I think one of the good initiatives we put in place since the Ethics Centre report was around how we engage. We’ve got a number of different mechanisms for that, we’ve got regular chairman and CEO forums, we have our ACC, we’ll look to get that back together soon.

“I think it’s an opportune time now given all the challenges and all the chaos going around us, I think it’s now a good opportunity to bring people together, both the [state] chairs and also the ACC. It’s been one of the positive things we’ve put in place over the last 18 months.

Eddings, who was part of the CA board when it moved from a system of 14 state representative directors to nine independents in 2012, could be asked by the states to reconsider the current model. Presently, the states take turns on the nominations committee that selectors board directors but does not allow for a state director to sit on the CA board.

The old system saw New South Wales, Victoria and South Australia disproportionately represented by three directors each, while Western Australia and Queensland (two each) and Tasmania (one). Among the many models discussed at the time of a 2011 governance review was a system of each state getting one director, balanced by three independents – there may now be cause for revisiting this model, as it would give each state a direct line of sight to the board.

That’s certainly the opinion of the former CA director and SACA president Ian McLachlan. He remained a staunch advocate of direct representation even after the governing body’s constitution was tweaked to ensure that South Australia, with its three directors, could not block the majority required to change cricket’s governance in 2012.

“Until they let the states elect their own person to the board, the states will simply be told what to do from Jolimont, and that’s exactly not the way to run cricket,” McLachlan told the Sydney Morning Herald in 2018. “That was the one mistake in the Carter/Crawford report. It says CA is there to represent its owners, and the states are the owners, but it also contradicts that by saying the owners can’t have a direct member on the board. That in my view has led to the owners not knowing anything because they’re not told anything.”

Grumbles among the states were to be found amongst the pages of the Ethics Centre review of CA’s culture in 2018, which led to Eddings replacing David Peever as chairman. In a section entitled “who owns cricket?” the review stated that CA and the states needed to balance power and responsibility between them, while acknowledging that federal governance models for sport were notoriously difficult to manage.

“It is essential that CA and its stakeholders make the most of the status quo,” the review stated. “That is, CA and the State and Territory Associations need to reinforce a culture of collaboration in which CA is seen as being nothing more (nor less) than first amongst equals. This will require CA to address the perception that it is (or believes itself to be) the sole or principal custodian of Australian cricket. That is, for all of its wealth and associated power, CA needs to be seen as more of a partner in the development of the game – rather than its master.

“Changing such perceptions will be no easy matter. Many of cricket’s stakeholders perceive CA to be arrogant and high-handed. CA is believed to presume an authority that others have not ceded. The success of CA in managing the commercial opportunities open to cricket – and the extraordinary financial resources that it has caused to flow to the game – is acknowledged … but not as a source of legitimacy.

“Instead, CA is often resented even though the logic of its position and preferences may be unquestionable. In the end, the response to CA rests on a question of the values and principles that one chooses to prioritise. Is precedence accorded to efficiency and effectiveness over mutual respect? Is maximising economic opportunity of greater importance than allowing for local autonomy?”

A change in board representation would not be without risks and challenges. These have been clearly demonstrated by how the board of Cricket Victoria recently took a meat axe to community cricket development across the state, under the guise of coronavirus cost-cuts, while not touching the premier clubs’ grants.

At times during his public and staff addresses over the past 10 weeks, Roberts had lapsed into referring to the states and the ACA as “outside” CA. It’s a notion that Eddings and his new chief executive would do well to avoid repeating. 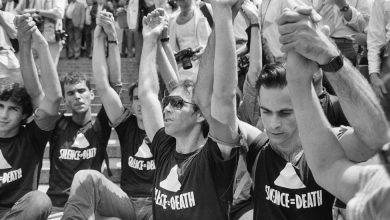 For H.I.V. Survivors, a Feeling of Weary Déjà Vu 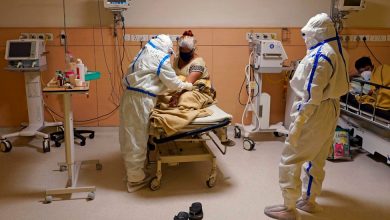 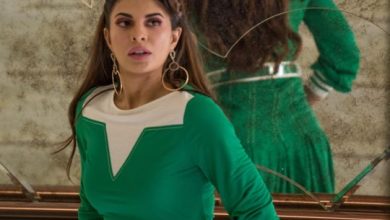 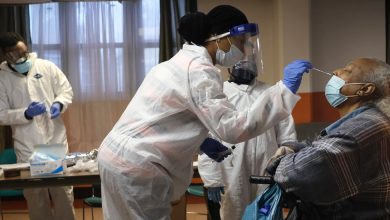 How to Improve and Protect Nursing Homes From Outbreaks