Guido Gryseels has been getting calls for a week, asking if he’d give some statues a new home. He’s the director of the Africa Museum in Tervuren, Belgium, and his institution, originally founded by Leopold II, might seem like a logical place to house monuments to the 19th-century king whose reign in Congo saw the murder and mutilation of at least 10 million Africans.

He is pretty tentative about the offers. After protesters dumped paint on a statue of Leopold II in the city of Antwerp and then set it afire two weeks ago, other Leopold statues have been vandalized and more than 78,000 signatures have been added to a petition to remove all of the monuments to the king in Belgium.

Mr. Gryseels estimates that there are somewhere between 300 to 400 of them, and he is worried about turning his museum, which has tried to work through its own colonial associations in recent years, into a cemetery of Leopolds.

“I could maybe take a few of these statues here and make some kind of contemporary art out of them,” he said in an interview. “But I don’t want to have the opposite effect and make this a place where Leopold admirers come to pray.”

Since June 11, when a British monument to the 17th-century slave trader Edward Colston was toppled by protesters and tossed into the harbor in Bristol, England, dozens of statues of historical figures associated with colonialism and slavery have been pulled down, beheaded, scorched or removed from their plinths — in Britain, Belgium, New Zealand and the United States.

Confederate statues, which have long been a source of tension in American cities, have also come under renewed attack as Black Lives Matter protests have swept the country.

As statues fall around the world in symbolic revolt against the histories of slavery and colonialism, city and town leaders, museum officials and historians faced with these toppled monuments are asking, Now what?

Should they be cleaned up and moved into the safety of a museum? Should their scars be kept or cleaned off? Or should we make new artworks out of them?

The answers to these questions will have implications for how future generations remember both the history the statues were designed to represent and this current moment.

Julian Maxwell Hayter, an associate professor at the University of Richmond, in Virginia (where protesters have assailed a monument of the Confederate Gen. Robert E. Lee), said it’s crucial that we use this time to discuss what the statues represent.

“It would be a missed opportunity not to have a discussion about what these statues represented and how what they represent resonates profoundly in the present,” he said in an interview. “You can do it all kinds of ways. You can leave them where they are and do it with signage; you can do some kind of artistic re-creation; you can have artists re-render them. The ultimate aim would be to tell a story that moves beyond the lionization of these figures.”

The British artist Hew Locke has for decades been calling for colonial-era statues to be augmented in ways that call attention to their problematic histories. In his series “Natives and Colonials,” he proposed painting statues of Oliver Cromwell and Captain Cook in bright colors, and in another, “Patriots,” he designed gaudy ornamentation to drape over statues of Colston and Christopher Columbus. But everything he’s “done” to the sculptures so far has been fantasy: The alterations only exist in his artworks.

“For years, I’ve been of the mind that we need to keep these things but we need to talk about them,” he said in an interview. “If you remove them, they’re gone and there’s nothing to talk about.” But now that they’ve been vandalized and dethroned, he’d like to see them displayed on their sides, he said, with all their new markings visible.

“The paint shouldn’t be removed to elevate the statues to perfect museums objects,” he said. “They should be covered in paint, with burn marks, because that’s part of their history now.”

Mr. Locke added that he also liked the idea of melting the bronze statues down and turning them into commemorative coins that could be distributed to the residents of the town or city where the statue once stood.

There is precedent for that idea, said Claudine van Hensbergen, an associate professor at Northumbria University in Britain, who studies public statues. She said that after an angry mob in Newcastle, England, threw a bronze equestrian statue of the deposed King James II into a river in 1688, it was retrieved, melted down and transformed for use in the city’s All Saints Church. “It was torn down for its Catholic associations, and it was recast as church bells for an Anglican Church,” she said. “It was a really political act. That carries huge symbolic meaning.”

The Bristol City Council has already dredged the statue of Colston out of the harbor, in the middle of the night, and the city’s mayor, Marvin Rees, announced that it would be put in a museum. But what should museums do with the statues when they get them?

“I don’t think it’s our place as museum officials to decide,” said Taco Dibbits, the director of the Rijksmuseum, the national museum of the Netherlands, in Amsterdam. “This is a cry from communities who haven’t been heard, and the museum shouldn’t be telling people what we do. We should listen.”

Mr. Dibbits said one possible way to deal with a problematic statue would be to treat it like a bronze likeness of the deposed former president of Ghana, Kwame Nkrumah. A statue of him was beheaded during a 1966 military coup, and later placed next to its body on a plinth, with a plaque explaining the history of its desecration. He said it was a way to simultaneously present both the history of Nkrumah’s regime and of the revolution that removed him.

Another option, said Valika Smeulders, who leads the Rijksmuseum’s history department, would be to gather several overturned statues in a single place, like a park, as some countries that were once in the U.S.S.R. have done with monuments to Stalin and Lenin.

“You’d have to put it, as they did in the Soviet Union, not in the city center, but somewhere outside,” she said. “I think then you send a message that this is not what you want in our city center, but it was a period of time and we look back on it now, and the craziness of it becomes really clear.”

Fallen statues mean empty plinths, Ms. Smeulders added: Now we must also think about what should go on those.

Cedar Lewisohn, an artist and curator at the Southbank Centre in London, and a member of the organization Museum Detox, which campaigns for the interests of people of color in the art world, said this was a chance to think about who chooses what gets valorized.

“We will be seeing some contemporary responses, for sure, to these voids that have been created,” he said. “There will be contemporary art commissions to replace these things. Those will have to be very thoughtful and thought-out processes — and let’s hope they are better than what they replace.” 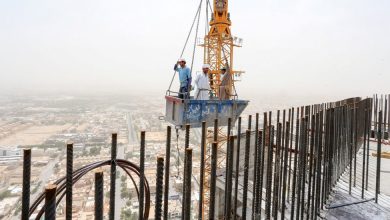 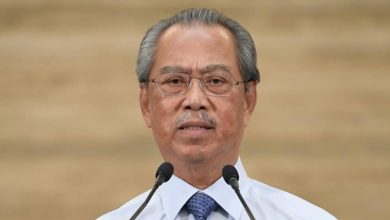 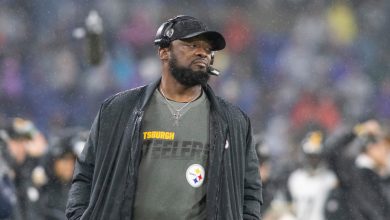 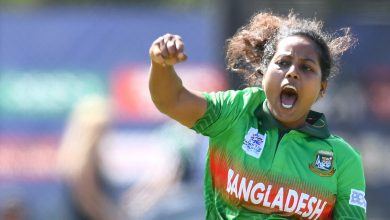 Anant Mahadevan reacts to death hoax with a laugh
May 9, 2020

Anant Mahadevan reacts to death hoax with a laugh