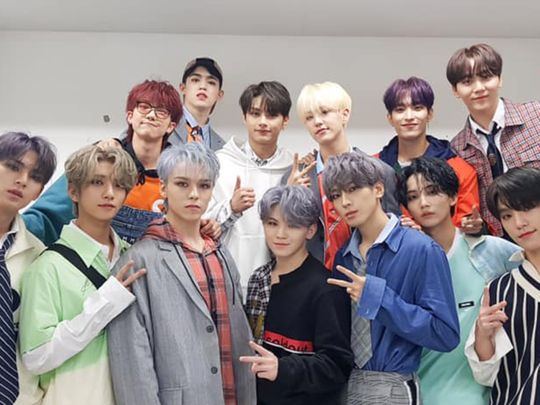 Seventeen is ready to drop their seventh mini-album ‘Heng:garae’ on June 22.

Last week, Pledis Entertainment announced the news on social media with a promotional image of the album followed by teaser trailers and individual concept photos of the members.

The 13-member K-Pop group also surprised fans with a pre-release music video for their summer bop, ‘My My’.

Seventeen has reportedly achieved a personal record, surpassing 1.06 million pre-orders for their forthcoming album as of June 12.

Back in May, the multinational outfit celebrated their fifth anniversary debut by reportedly donating to children and adolescents in need.

Seventeen made their formal introduction in 2015 with debut EP ’17 Carat’, becoming one of the K-Pop industry’s most dynamic groups. They’ve released hits like ‘Fear’, ‘Home’ and ‘Don’t Want to Cry’.