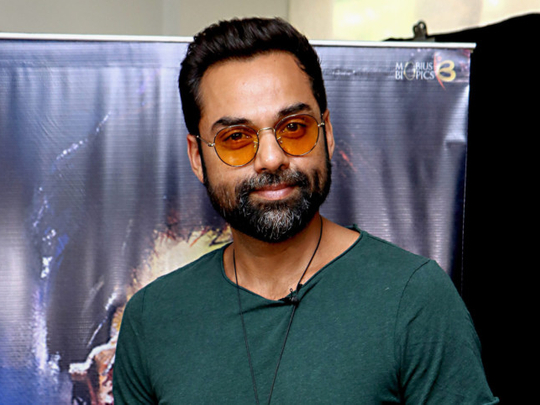 Actor Abhay Deol says he always believed that the audience is way smart, and had he not believed that fact he wouldnt have made the films he has worked in.

Deol took to Instagram and shared a poster of his film ‘Manorama 6 Feet Under’, which was released in September 2007.

“My film ‘Manorama 6 feet under’ released in 2007. They say it was ahead of its time for India. I say that I got tired of hearing, ‘I saw it on DVD, I loved it, when was this film even released!?’” he wrote alongside the image.

He added: “If I had a rupee for every time someone said that I’d be a multi millionaire! At the start of this century, no one in power had the faith that experimentation would work with an Indian audience.”

He said that “even if one managed to, the film would barely have any screens or marketing.”

“I always believed that the audience is way smarter than we give them credit for. Had I not believed that, I wouldn’t have made the films I’ve made. #makingwhatbollywouldnt,” he said.

‘Manorama 6 Feet Under’ is directed by Navdeep Singh. The film also features Raima Sen and Gul Panag in the lead roles. It follows an amateur detective in a small sleepy town from Rajasthan who finds himself caught in a web of lies, deceit and murder.