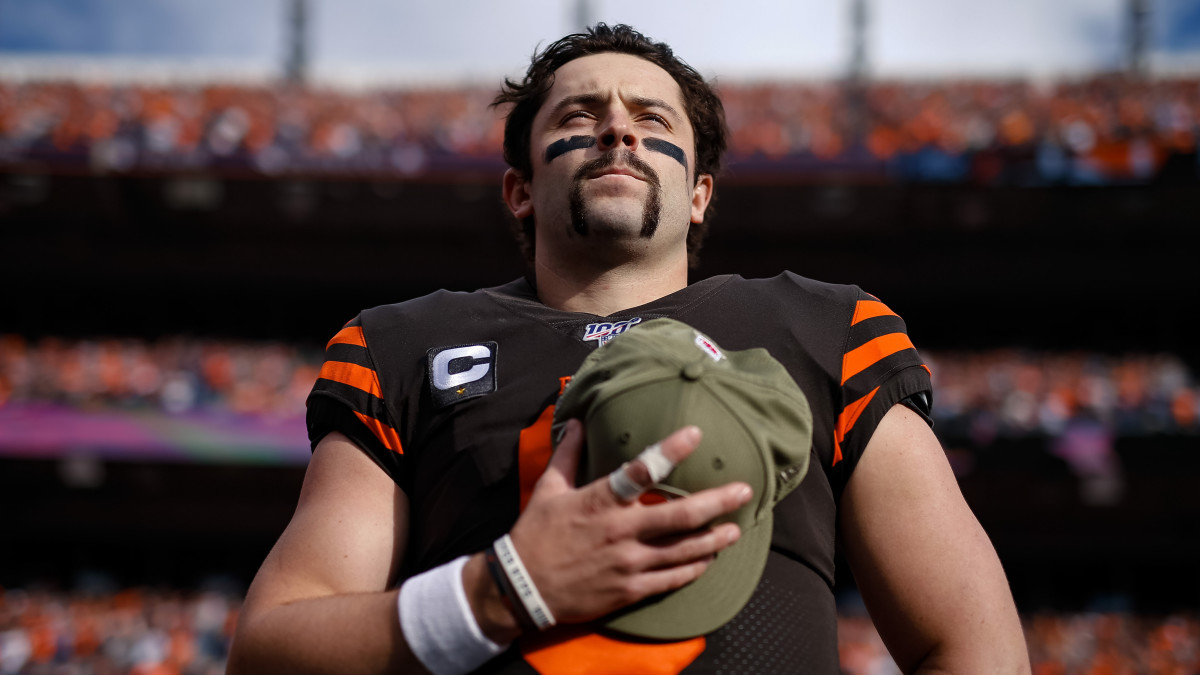 Cleveland Browns quarterback Baker Mayfield said that he will “absolutely” kneel during the national anthem next NFL season to support protests of social injustice, racism and police brutality.

On Saturday, Mayfield stated his intent to kneel as he replied to a fan on his Instagram page. As the fan asked Mayfield to confirm that he would not be kneeling next season, Bayfield wrote, “Pull your head out. I absolutely am.”

Mayfield joins other NFL players that plan to kneel during the national anthem next season following protests spurred by George Floyd, a black man who was killed under police custody as an officer kneeled on his neck for over eight minutes in Minneapolis, Minn. Mayfield wore the words of Floyd, “I Can’t Breathe,” on his shirt in the workout video posted to Instagram.

Following his initial comment, Mayfield expanded on his plans to kneel in a message on his Instagram story, stating he does not have a problem if he loses fans for his actions.

“Everybody so upset about my comment doesn’t understand the reason behind kneeling in the first place,” Mayfield wrote. “I have the utmost respect for our military, cops, and people that serve OUR country. It’s about equality and everybody being treated the same because we are all human. It’s been ignored for too long and that is my fault as well for not becoming more educated and staying silent. If I lose fans, that’s OK. I’ve always spoken my mind. And that’s from the heart.”

On Thursday, Mayfield said that this is a “pivotal time for change” and that “what’s being addressed now obviously has been going on for a long time.” Following Colin Kaepernick’s kneeling protests four years ago, commissioner Roger Goodell said the NFL was “wrong” for not listening to NFL players earlier and encourages all to “speak out and peacefully protest.”