“I lead a group of young men who have the potential to make a real impact in this world. My message to them and anyone else who wants to listen is that honesty, transparency, and empathy go a long way in bringing people together and making change. I hope that the tragedies of the last few weeks will open our hearts and minds to a better way of communicating and hopefully create that change.”

That’s the final piece of a statement from Miami Dolphins’ head coach Brian Flores on Friday afternoon, hours before another wave of protests and riots swept across the country and four days after the death of George Floyd in Minneapolis.

“Unfortunately, considering all of the circumstances affecting the organization at this time, we have decided not to continue your $400 weekly stipend beyond May 31,” Oakland Athletics’ general manager David Forst wrote in an e-mail last week to the organization’s minor league players. “This was a difficult decision and it’s one that comes at a time when a number of our full-time employees are also finding themselves either furloughed or facing a reduction in salary for the remainder of the season. For this, I am sorry.”

The e-mail was made public a couple days before Jeff Passan reported “hundreds of minor league baseball players were cut Thursday and hundreds more are expected to lose their jobs as the sport grapples with the near certainty that the minor league season will be canceled.”

Teams made the move to save a whopping $400 per player per week, an amount agreed to in late March. That agreement is set to expire on May 31, though several teams aren’t following in the steps of the Athletics, New York Mets, and other teams in cutting minor-league players. As of Saturday morning, the Minnesota Twins, Kansas City Royals, Cincinnati Reds and Houston Astros were among the teams refusing to cut minor leaguers.

“Understand this: The minor league players, the players you’ll never know about, the players that never get out of rookie ball or High-A, those players have as much impact on the growth of our game than 10-year or 15-year veteran players,” Royals general manager Dayton Moore said in a Friday conference call, per The Athletic’s Alec Lewis. “They have as much opportunity to influence the growth of our game as those individuals who played for a long time because those individuals go back into their communities and teach the game, work in academies, are JUCO coaches, college coaches, scouts, coaches in pro baseball.”

In other baseball news, the MLBPA is now requesting the league’s financial records that would “support the dubious financial distress claims the league has made.”

Nebraska’s power brokers did want Solich, though the love didn’t last long. Two years after winning 42 games in his first four seasons, a win total Osborne himself didn’t achieve until his ninth season, Solich was fired. And Nebraska has never returned to that level of success.

What were the worst college football firings of the last 20 years?

Texas football’s in-state talent plummeted as the program imploded … Everyone wants Bill Belichick’s dog breed after the NFL draft … NBA owners are expected to approve Adam Silver’s plan to resume the season in Orlando on July 31 … NBA Mock Draft and pro comparisons … A-Rod and J-Lo are working on a new bid for the Mets … You can run the Virtual Boston Marathon … Roger Federer is the world’s highest-paid athlete this year (and no American athlete is in the top four) … You can watch “Imperfect: The Roy Halladay” story on ESPN now. 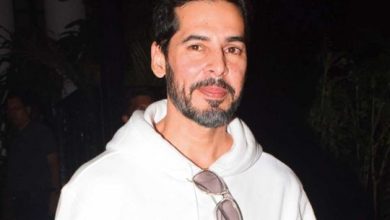 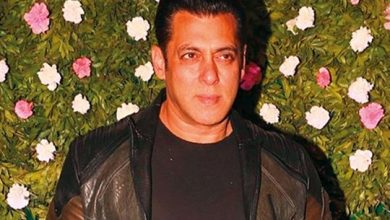 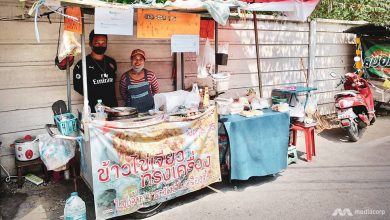 United in kindness, Thais launch food campaign for those left out of government’s COVID-19 measures

COVID-19: UAE-based band ‘The Boxtones’ pay a musical video tribute to coronavirus heroes with their song ‘No ordinary hero’
April 17, 2020

COVID-19: UAE-based band ‘The Boxtones’ pay a musical video tribute to coronavirus heroes with their song ‘No ordinary hero’

‘If I am found hanging, it won’t be suicide,’ says Bollywood actress Kangana Ranaut
August 1, 2020

‘If I am found hanging, it won’t be suicide,’ says Bollywood actress Kangana Ranaut

Madonna has been co-writing a screenplay
August 9, 2020

Madonna has been co-writing a screenplay