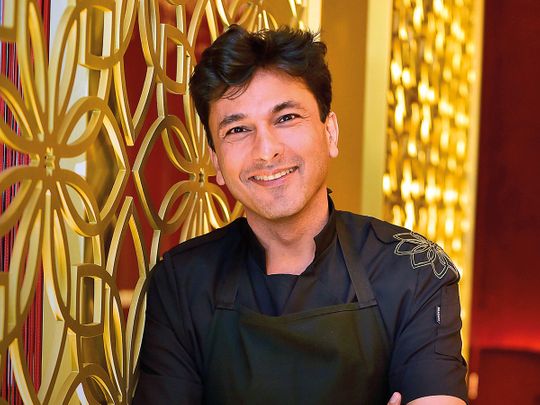 He has cooked for the Obamas, hosted TV shows with Gordon Ramsay, written 25 culinary books and created sumptuous meals that cost nearly $40,000 each.

But in the past two months, Vikas Khanna, a Michelin-starred chef, has turned his focus to India’s hungry, providing millions of meals to poor Indians who have suffered greatly under the coronavirus lockdown. Khanna was born in India and came to New York as an aspiring chef 20 years ago, first paying his dues as a dishwasher and delivery man.

As parts of India slid into a humanitarian crisis in recent months, with millions of out-of-work people desperate for food, Khanna watched the news from his apartment in Manhattan and grew despondent.

“We’ve totally failed our people,” he said in an interview last week. “I wanted to show that solidarity still exists.“My mom lives alone in Amritsar,” he added, “and I thought: What if she needed help and there was no one to help her?”

Khanna, 48, is a Hindu, but growing up in Amritsar, a northern Indian city with many Sikhs, he was inspired by the large community kitchens of the Sikh Gurdwaras. They serve meals to anyone who needs them.

As a disabled child with a club foot, he said, “I had no friends, only sympathisers.”

So he whiled away the hours in the family kitchen with his grandmother, learning to cook. In early April, he posted an emotional appeal on Twitter, asking people to send him details of those who were desperate for food.

Khanna has a huge following in India, and within hours, he was flooded with replies. But he would soon learn that it wasn’t so simple to reach the hungry.

His first attempt to deliver food to an elder-care home near Bengaluru, the southern Indian city, fell apart. The deliverer disappeared with more than 2,000 pounds of rice and nearly 900 pounds of lentils.

His search for a reliable partner who could work anywhere in the country led him to the National Disaster Relief Force, which is deployed during emergencies.

Khanna called the head of the relief force, Satya Narayan Pradhan, after he found out they were already helping distribute food to the poor.

“He said: ‘Can you help me? I live so far away in New York,”’ Pradhan recalled. “I agreed to help with the logistics wherever our battalions had jurisdiction.” Pradhan, who has had his hands full with a fatal industrial accident this month and a cyclone that killed dozens last week, said their partnership started in New Delhi, with the outreach increasing every day.

“He has been so brave about it,” Pradhan said of Khanna. “He’s invested his own funds, even though it must be tough for him. That’s why we want to help him as much as possible.” Khanna said his initiative had distributed more than 7 million packets of dry food and cooked meals over the past month in more than 100 cities in India. The rice companies India Gate and Daawat donated food, and the financial technology giant Paytm recently became a sponsor. HungerBox, a food technology company, offered the use of its industrial kitchens in Mumbai and Noida to cook over 20,000 meals every day.

RISING TO THE OCCASION

Though lockdown measures have recently eased somewhat, working through the tight restrictions in India were challenging, and moving goods across state borders and red zones was a logistical nightmare.

Khanna has been coordinating this enormous exercise from his apartment near the United Nations, where he is sheltering in place. The difference in time zones keeps him up nights to manage the operation.

He was formerly the executive chef at Junoon, which was lauded for its inventive take on traditional Indian cuisine and awarded a Michelin star seven years in a row. Before the coronavirus pandemic, he was making plans to open a new restaurant in New York.

India announced its strict lockdown on March 25. Within hours, millions of migrant workers began streaming out of the cities, desperate to return to their home villages. It was a humanitarian crisis that displayed the inequality in the country in stark detail.

Khanna’s effort initially began with delivering dry ingredients to organisations — orphanages, old-age homes, leprosy centers and poor neighbourhoods. People around the country contacted him by email and Twitter about people with the greatest need, and he figured out a way to get food to them.

Not all his messages are about food deliveries. Khanna, who is single, now receives so many marriage proposals that he asked on Twitter that they be identified in the email subject line to help filter them out. He said all the proposals were slowing down his relief efforts.

A few weeks ago, Khanna realised that his effort would not reach a particularly vulnerable group: the hundreds of thousands of migrant workers who had been trapped by the lockdown and now were walking vast distances to get home. Dry food was of no use to them, but a cooked meal would be. He has joined with Bharat Petroleum, one of the biggest gas companies in India, to set up soup kitchens at gas stations along highways.

The festival has a special place in his heart. As a young chef in Mumbai, he was stuck in the city during the riots of 1992. A Muslim woman sheltered him in her house. “She saved my life,” he said. Ever since, he has fasted for one day during Ramadan.

Khanna estimates that his relief effort now feeds around 275,000 people each day. He wants to keep going.

“I feel like the past 30 years of my training and my 20-hour workdays have prepared me for this moment,” he said. “This has been the most gratifying two months in my culinary career.”