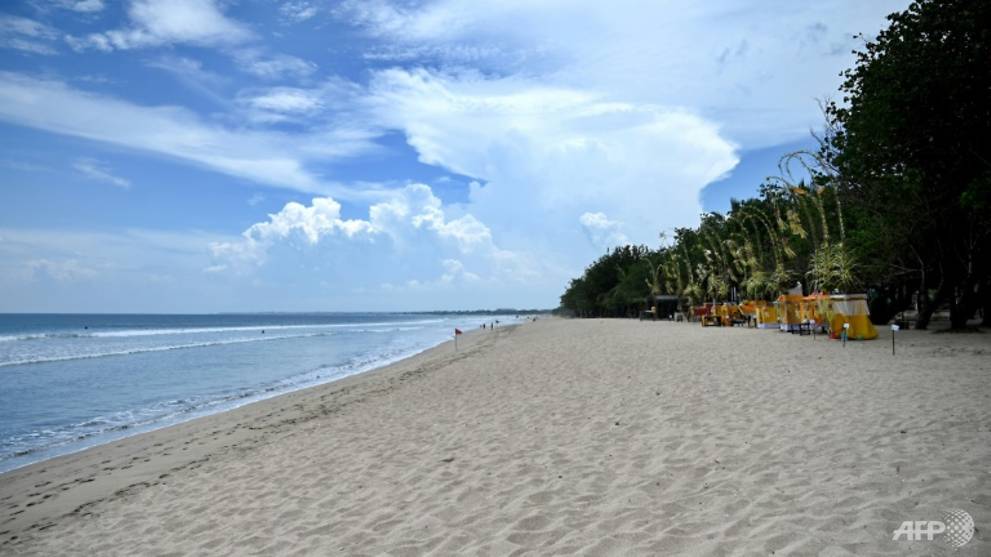 JAKARTA: Indonesia’s most popular holiday destination Bali is expected to be ready to resume business in July, the country’s national development planning minister said on Thursday (May 28).

Businesses in Bali have been shut down for the last two months due to the COVID-19 pandemic, resulting in an economic slowdown of 1.14 per cent. This makes Bali one of the most economically affected regions in Indonesia, according to the government.

The plan to reopen Bali’s tourism industry comes after the total number of COVID-19 cases reported on the island has remained relatively low, at 420 as of Thursday. There are more than 24,000 cases nationwide.

More than 300 people have so far recovered and four people have died in Bali. The fatality rate of the province is around 1 per cent, said minister for national development planning Suharso Monoarfa at a COVID-19 task force press conference.

Bali has a population of 4.2 million people. Last year, there were 6.3 million foreign visitors to the island.

The minister said: “The Bali government has managed the situation relatively well. We expect Bali will be ready to open for business soon in July.

“However, new health protocols must be followed when opening economic activities.”

He added that Bali seems to have contained COVID-19 due to a well-defined leadership structure, which involved traditional leaders in the community and guards who work voluntarily.

“They screen visitors who enter the villages, prevent large gatherings, monitor quarantine orders and make sure people follow the COVID-19 protocols such as wearing masks, and washing their hands frequently,” Mr Monoarfa said.

The minister revealed that the plans for reopening the economy and entering a new normal phase will be implemented in stages. The measures will depend on three criteria such as the basic reproduction number – which represents the number of new infections estimated to stem from a single case – falling below 1.

Health system readiness, such as the capacity of hospitals and emergency facilities, is also required along with surveillance capacity indicated by the number of swab tests.

Earlier this week, the Indonesian government deployed the military and police to enforce social distancing measures under a “new normal” scenario and said that Jakarta would likely to be ready for it after Jun 4, the last day of COVID-19 curbs in the capital known as large-scale social restrictions.

On Thursday morning, tourism and creative economy minister Wishnutama Kusubandio said tourism activities could be allowed to resume around one month after a province or city enters the new normal phase.

Meanwhile, foreign minister Retno Marsudi said on Thursday that the issue of resuming travel within ASEAN (Association of Southeast Asian Nations) is still being discussed.

“The discussion is still in the preparation stage and we have yet to decide on the time frame,” Mdm Marsudi said.

It was reported earlier that ASEAN member states had agreed that the wider revival of the tourism sector will require collaboration on a number of issues, including a common set of health declarations and checks on travellers.