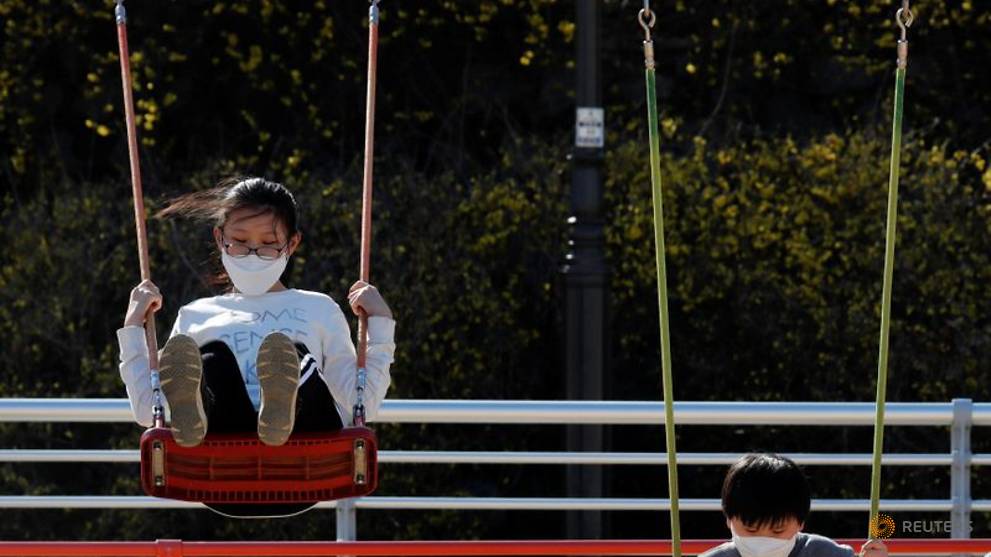 SEOUL: Two children who are the first suspected cases in South Korea of a rare, life-threatening syndrome linked with the new coronavirus, are recovering following treatment, health authorities said on Wednesday (May 27).

The symptoms of multi-system inflammatory syndrome in children (MIS-C) are similar to toxic shock and Kawasaki disease, and include fever, rashes, swollen glands and, in severe cases, heart inflammation.

Officially called “paediatric multi-system inflammatory syndrome potentially associated with COVID-19”, MIS-C cases have been reported in France, Italy, Spain, Britain and the United States, where more than 100 cases were found in the state of New York.

READ: US issues alert over childhood illness linked to COVID-19

The syndrome has raised fears that COVID-19, the disease caused by the coronavirus, could pose a greater risk to children than had been understood. COVID-19 so far has taken its greatest toll on the elderly and those with chronic health conditions.

The Korea Centers for Disease Control and Prevention (KCDC) said on Tuesday it launched an investigation after two suspected cases of MIS-C involving an 11-year-old boy and a four-year-old girl were reported on Monday.

Both had tested negative for COVID-19, but further analysis was being undertaken, especially as the boy had been in the Philippines between January and March.

The boy has already been released from the hospital, and the girl is expected to be discharged soon, KCDC director Jeong Eun-kyeong said.

“Both of the two children have recovered from the symptoms,” Jeong told a briefing. “We’re carrying out a COVID-19 antibody test on them to reconfirm whether they were infected, and will determine after the test whether they make the MIS-C cases.”

Kwak Jin, a KCDC official in charge of patient management, said the two children had been treated as they would for Kawasaki disease.

Having been one of the first countries to suffer an outbreak of COVID-19, South Korea has succeeded in curbing the spread of the virus through a robust strategy to track, trace and contain.