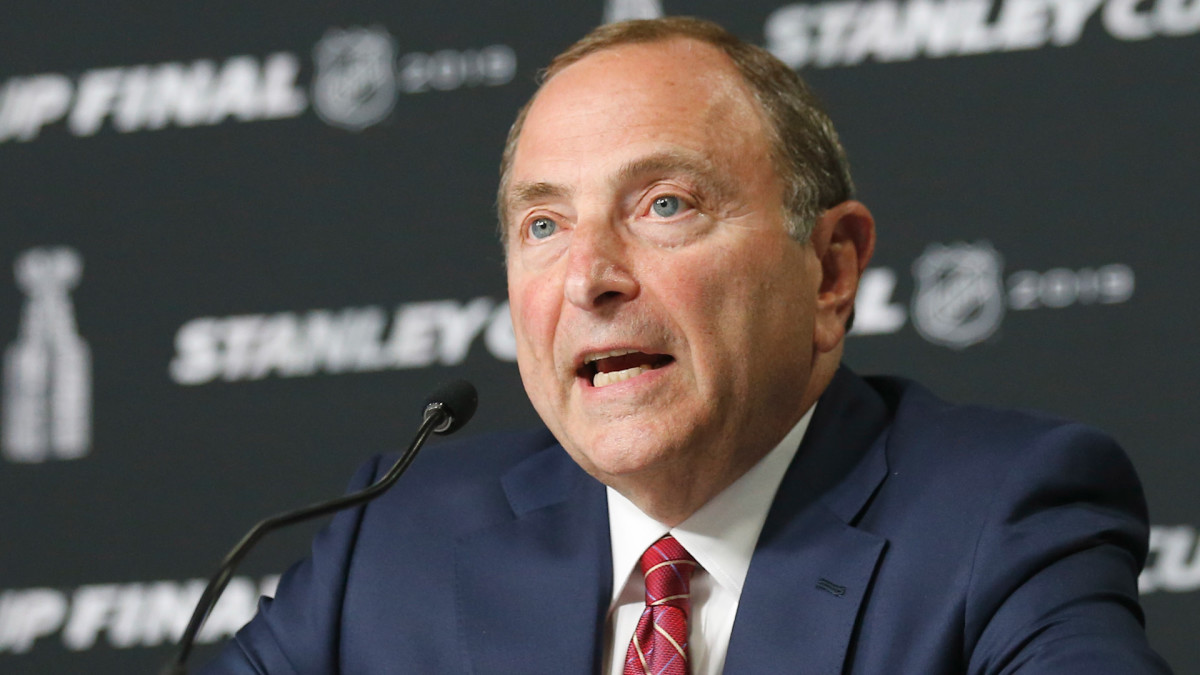 Tens of millions of dollars in costs to the NHL, some 30,000 COVID-19 tests and, unless the Canadian government relaxes its 14-day quarantining requirement for people entering the country, no chance of seeing any live hockey in the best league in the world north of the 49 parallel for the foreseeable future, perhaps even for the rest of 2020.

Oh yes, and the Pittsburgh Penguins or Edmonton Oilers could conceivably end up with the first pick overall and the right to draft Alexis Lafreniere as a consolation prize for losing to a traditional non-playoff team.

A lot went down when the NHL announced its return-to-play plan Tuesday and there was much to digest. If it were not abundantly clear before today, it should be now that the NHL desperately wants and needs to put a bow on the 2019-20 season. Whether it will actually be able to do so, and when that might happen, constitute something of a mystery at the moment. But if there is not a Stanley Cup awarded at some point in September – or perhaps even October – it will not have been for a lack of will and determination from the NHL and its players.

The result should be the most unpredictable Stanley Cup tournament in years. And that’s saying something given how crazy the playoffs can be. We know the play-in round will consist of a best-of-five affair and we know that the top four teams in each conference will play a round-robin event to determine their seedings going into the first round. What we don’t know is whether the first and second rounds will be best-of-five or best-of-seven – likely the latter – and how the matchups will be determined after the play-in round. This would have been a perfect opportunity to be bold and allow the highest-seeded team to picks its opponent for the playoffs, but it was a concept that was dismissed out-of-hand by commissioner Gary Bettman.

“Teams, I don’t think, would want to select their opponents,” Bettman said on a video media conference. “Talk about giving somebody an incentive from a competitive standpoint. It’s a great question, but I don’t think it’s realistic. The issue is really going to be whether or not we go into brackets or we re-seed and, while we prefer as a general matter brackets, for a whole host of reasons, we felt the players who have been debating it internally, if they have a preference, we’re happy to abide by it.”

As far as the players themselves are concerned, the league anticipates that once the teams are in their hub cities, they will be tested on a daily basis for the COVID-19 virus and will know the results of the test before they leave their hotel compounds the next morning. “It’s expensive, but it’s really a foundational element of what we’re trying to accomplish,” said deputy commissioner Bill Daly. Bettman said there will be about 30,000 tests done, “but our medical advisors tell us that by the time we’re doing that over the summer, that will be a relatively insignificant number of tests relative to the number of tests that will be available.” If a player tests positive, the league said there will be no need to shut down the operation, but it wasn’t as optimistic in the event that COVID-19 runs through a roster. “Obviously, we can’t be in a situation where we have an outbreak,” Daly said. “That will affect our ability to continue playing, but a single positive tests or isolated positive tests throughout a two-month tournament should not necessarily mean an end to the tournament.”

So, really, the takeaway from Tuesday’s events is that now there is a light at the end of the tunnel for a sport’s fan base, most of which has been missing its hockey fix and desperately wants some sort of closure on the season. If you’re looking for specifics, you’re going to have to wait. If you’re hoping some of these games will be played in Canada, you’ll have to hope your government eases its 14-day quarantining protocol for people entering the country because that’s a non-starter as far as the NHL is concerned. If you’re looking for clarity on the draft lottery, good luck with that.

But if you’re clinging to some small sliver of hope that the 2019-20 season will end with someone holding the Stanley Cup over his head, at least you have a little more clarity today. And in uncertain times like this, that’s probably all we can expect.