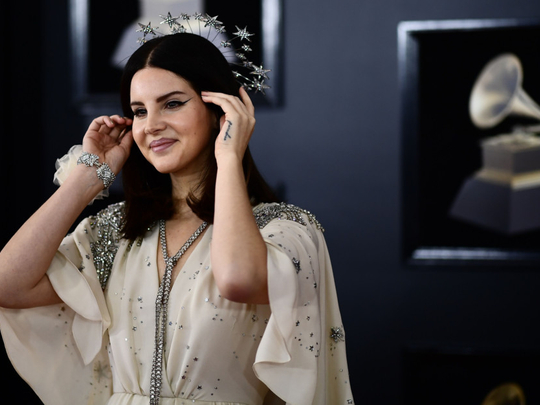 Del Rey’s latest response to her critics, who accused her of singling out women of colour in her original statement last week, came in the form of a six-minute Instagram video rant expanding on her thoughts. She also compared herself to yet another woman in the music industry (FKA Twigs) and unveiled the title of her forthcoming album, ‘Chemtrails Over the Country Club.’

She also revealed that “a couple of the girls that I’ve talked to who are mentioned in that post have a super different opinion of my insight.” In an earlier reaction statement, Del Rey said she received feedback from “several” of the women she called out, including Grande and Doja Cat.

“If the women I mention don’t want to be associated with me that’s absolutely fine by me,” she wrote Friday.

Here’s the full transcript of the Grammy-nominated musician’s most recent remarks below.

“Hey, so I don’t want to beat a dead horse, and I don’t want to go on and on about this post thing. But I just want to remind you that in that post — my one and only personal declaration I’ve ever made — thanks for being so warm and welcoming — was about the need for fragility in the feminist movement. It’s gonna be important. And when I mentioned women who look like me, I didn’t mean white like me. I mean the kind of women who other people might not believe because they think, ‘Oh, well look at her. She … deserves it,’ or whatever. There’s a lot of people like that.

“And I just think it’s sad that the women I mentioned, about whether they sing about dancing for money or whatever — the same stuff, by the way, that I’ve been singing about chronically for 13 years. That’s why I’m in that echelon. Yes, they are my friends and peers, contemporaries. The difference is, when I get on the pole, people call me a [expletive], but when [FKA] Twigs gets on the pole, it’s art. … I’m reminded constantly by my friends that, lyrically, there are layers and complicated psychological factors that play into some of my songwriting, but I just want to say the culture’s super sick right now, and the fact that they want to turn my post — my advocacy for fragility — into a race war, it’s really bad.”

She further added: “Domestic abuse, mental health problems is the second epidemic that’s arising out of this pandemic. It’s a real thing. That’s what I was talking about. So as ever, I’m grateful that my muse is still here and that I have, over the last three years, been blessed to have the insight and ability to channel two books’ worth of beautiful poems. And I think my new record, ‘Chemtrails Over the Country Club,’ is special as well. And I’m sorry that a couple of the girls that I’ve talked to who are mentioned in that post have a super different opinion of my insight, especially because we’ve been so close for so long. But it really … makes you reach into the depths of your own heart and say, ‘Am I good-intentioned?’ and of course, for me, the answer is always, ‘Yes.’

“….But I’m not the enemy. And I’m definitely not racist, so don’t get it twisted. Nobody gets to tell your story except for you. And that’s what I’m going to do in the next couple books. So God bless, and, yeah, [buzz] off if you don’t like the post.”