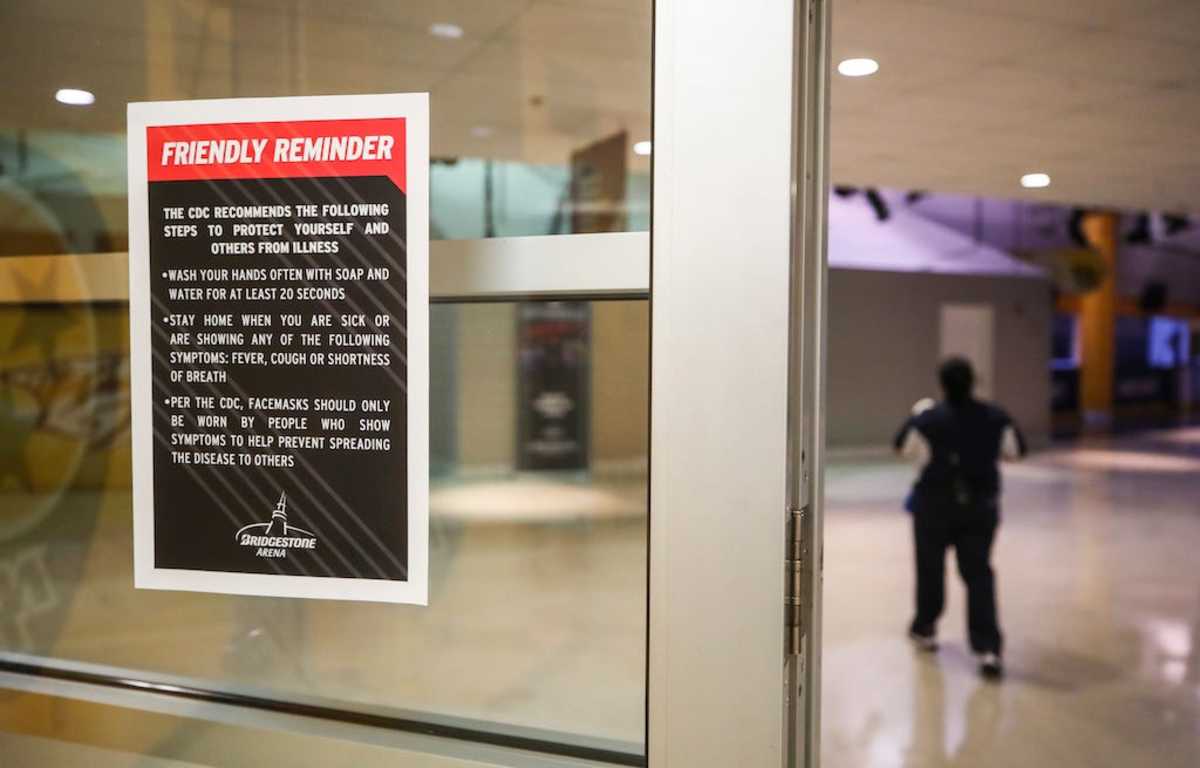 As the MLB, NHL and NBA all consider a return to action, a New York-based company is offering a solution to keep their stadiums and arena germ-free by spraying disinfectant from drones.

A Syracuse startup called EagleHawk announced that it has developed a drone that can assist in quickly killing the coronavirus. While EagleHawk usually specializes in drones that use thermal cameras to detect roof leaks for government, college, medical and retail buildings, they took a different business approach when the coronavirus pandemic hit the U.S. in March.

The company pivoted and decided to remove the thermal cameras from its drones and replace it with a device that sprays disinfectant. The disinfectant is stored in a tank on the ground which is then pumped to the drone through an attached hose. Then, a second drone flies through the air, near the disinfecting drone, and holds the hose up to prevent it from getting caught on other objects like seats. The system can be used within any outdoor or indoor facility.

CEO Patrick Walsh explained that the drones are much more efficient than having employees walk around and spray thousands of seats, noting that “now people won’t be directly exposed” as “the drone will do the job.”

On-site workers are very susceptible to contract the virus, which is why the drones would become immensely useful. We’ve seen dozens of workers building the Raiders’ Allegiant Stadium in Las Vegas and Los Angeles’ So-Fi Stadium test positive over the past several months for coronavirus.

So far, EagleHawk has tested its disinfecting system at the Buffalo Sabres arena, the Buffalo Bisons’ minor league ballpark and the Syracuse Crunch minor league hockey team arena. The company is marketing its drone to colleges, as well as major and minor league sports teams, as a way to make their facilities safe for fans, players and workers.

EagleHawk is coordinating with government regulators to ensure its spraying plans pass all expectations and regulations. The company already has relationships with about two dozen colleges and universities, who are potential customers for stadiums and arenas that will obviously become in need of disinfecting.

This could be a game-changer for all fans and bettors who are hoping for a return of all sports. Even more so, it could lead to the allowance of reduced, social-distanced fans in the stands at events sooner than anyone ever could have predicted.