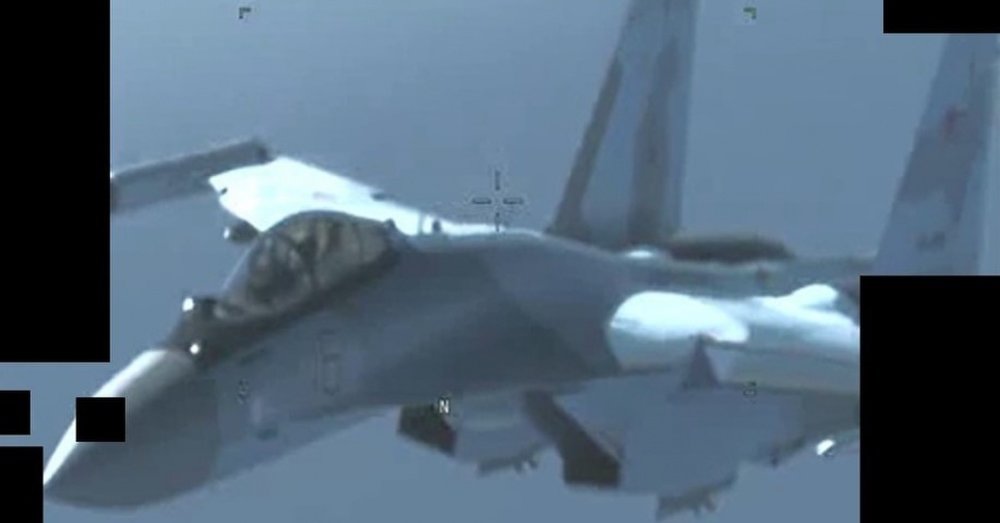 CAIRO — The United States military accused Russia of covertly deploying at least 14 fighter jets to Libya last week in support of Russian mercenaries fighting alongside a beleaguered commander in his campaign to oust the government from Tripoli, the capital.

The deployment of the fighter jets appeared to confirm the Kremlin’s deepening role in the sprawling proxy war, where its Libyan ally, the commander Khalifa Hifter, suffered a series of major losses last week that dealt a heavy blow to his campaign.

The warplanes were repainted at a base in Syria, en route to Libya, to camouflage their Russian origin, the United States Africa Command said in a statement accompanied by 15 photos, including satellite images, that showed the planes in the air and at an air base in Libya.

“For too long, Russia has denied the full extent of its involvement in the ongoing Libyan conflict,” said Gen. Stephen Townsend, the commander of the United States Africa Command. “Well, there is no denying it now.”

The unusually blunt and public criticism by a senior American commander underscored the Pentagon’s broader concern about Moscow’s growing influence in Libya.

Until now, Russia has flexed its muscles in Libya through the Wagner Group, a Kremlin-backed private military company whose mercenaries provided a major boost to Mr. Hifter’s assault on Tripoli last fall at a moment when his own forces were faltering.

But last week, Turkey, which intervened in January to support the United Nations-backed government in Tripoli, rolled back Mr. Hifter’s advance with a succession of victories. Turkish drones pummeled Mr. Hifter’s supply lines and allowed government fighters to capture a strategic air base west of Tripoli.

Over the weekend, Libyan social media was flooded with images of Russian mercenaries said to be employed by the Wagner Group retreating from the front lines south of Tripoli. After spending a night in the town of Bani Walid, they were flown to Al Jufra air base, deep inside Hifter-controlled eastern Libya, which is also where the squadron of Russian planes landed.

Mr. Hifter, 76, a one-time C.I.A. asset who tried to overthrow Libya’s longtime dictator, Col. Muammar el-Qaddafi, in the 1980s, has been fighting for power in Libya since 2014. Based in Benghazi, in the east of the country, he is trying to oust the U.N.-backed government in Tripoli, in the west, with the help of foreign backers including the United Arab Emirates, Egypt and Russia.

Mr. Hifter’s allies have operated at one remove from the fighting until now, with supplies of money, weapons and mercenaries. Analysts said the arrival of Russian air power in Libya could have profound implications.

“Not only could Russian air power change the military balance in Libya itself, but this could be the first step in a gradual escalation to what eventually becomes a permanent Russian military deployment in the country,” said Michael Kofman, director of the Russia program at the Center for Naval Analysis.

The defense committee of Russia’s legislature, the Duma, dismissed the U.S. allegations as untrue, Interfax, a Russian news agency, reported.

It quoted Andrei Krasov, the deputy head of the committee, as saying “Russia’s position is well known,” and was focused on “ending the bloodshed in Libya.” All sides in the conflict, he said, should “refrain from using weapons and sit at the negotiating table.”

Maj. Karl Wiest, an Africa Command spokesman, said that over several days in the past two weeks, Russian military pilots had flown MiG-29 and SU-24 warplanes with Russian Federation Air Force markings to Khmeimim air base in Syria.

There, the MiGs were repainted and emerged with no national markings.

The Russian pilots continued their journey to Libya, where the Pentagon said it expected the jets would be flown by Wagner Group pilots. It was unclear if the jets had carried out any military strikes in support of Wagner or Mr. Hifter.

A Western diplomat working on Libya said the deployment appeared to be a ploy by the Kremlin to force Turkey to slow its assault on Mr. Hifter. The threat of retaliation — the diplomat called it “a gun on the table” — could help ensure the safe withdrawal of Russian fighters while Mr. Hifter’s forces regroup, he said.

There was circumstantial evidence from the battlefield to support that view this past weekend. Russian mercenaries were able to retreat from the Tripoli front lines without being attacked by Turkish-supplied drones, reports said, hinting at an informal agreement between Ankara and Moscow.

The maneuvers by Russia and Turkey, and the unusual assertion by the Pentagon, reflects more than ever that the conflict in oil-rich Libya has become a proxy war driven by foreign sponsors battling for resources, access to oil or an edge in a broader geostrategic competition.

The presence of military forces from both countries opens the possibility of open clashes. Until now, Turkish and Russian leaders have appeared to view Libya as a place to divide the spoils, rather than go openly to war.

Both President Recep Tayyip Erdogan of Turkey and President Vladimir V. Putin of Russia have strategic and economic interests in Libya. Mr. Erdogan agreed to support the Tripoli government only after it signed an agreement ceding key maritime rights to Turkey in the eastern Mediterranean, a major hub of gas exploration.

For Mr. Putin, Libya offers a chance to expand his footprint in the Middle East, prompting American fears that it could be the site of a permanent military presence close to the southern flanks of Europe.