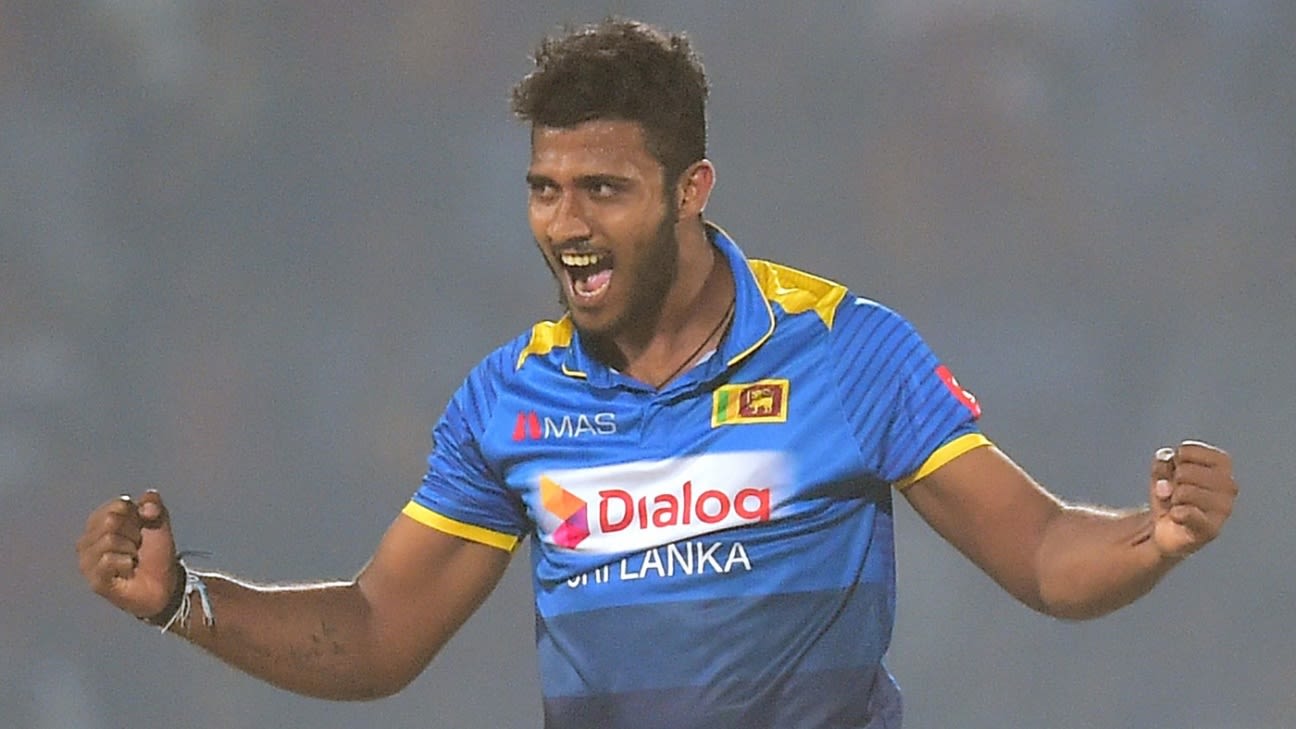 Sri Lankan fast bowler Shehan Madushanka has been suspended from all forms of cricket with immediate effect for alleged possession of illegal drugs, SLC announced after he was arrested and later put in remand custody.

Madushanka was allegedly in possession of a little over two grams of heroin when arrested on Saturday, Sri Lanka Police’s media division had confirmed to ESPNcricinfo. According to an SLC statement, the decision to suspend will stand until the board conducts a full inquiry of the matter.

The 25-year-old Madushanka has played one ODI and two T20Is, all between January and February 2018, and has not been in the frame for national selection after that. He has, however, been active as a cricketer and was playing in Sri Lanka’s domestic competitions before the Covid-19 lockdown came into effect.