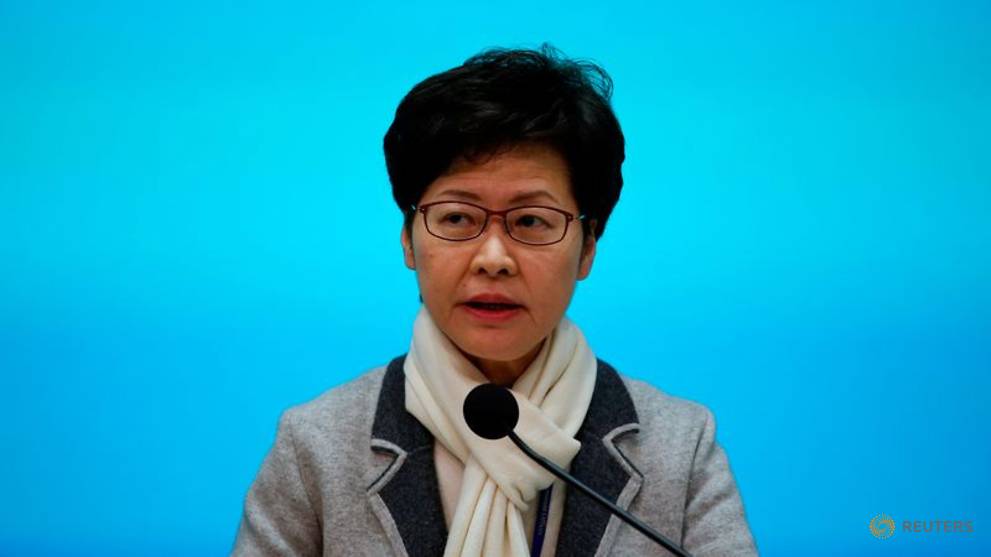 HONG KONG: Hong Kong leader Carrie Lam on Tuesday (May 26) added to a raft of attempts by local and Beijing officials to provide reassurance that proposed national security laws would not trample on the city’s rights and freedoms, amid widespread concerns.

Lam said those concerned need to wait for the details of the proposed legislation.

The comments came after Beijing unveiled plans last week for national security legislation for Hong Kong that aim to tackle secession, subversion and terrorist activities and could see Chinese intelligence agencies set up bases in the city.

Hong Kong’s security and police chiefs said on Sunday that “terrorism” and activities that “harm national security” are growing in the city, after thousands took to the streets to protest against the security laws.

Police said they arrested more than 180 people on Sunday, when authorities fired tear gas and water cannon to disperse anti-government protesters as unrest returned to the city after months of relative calm.