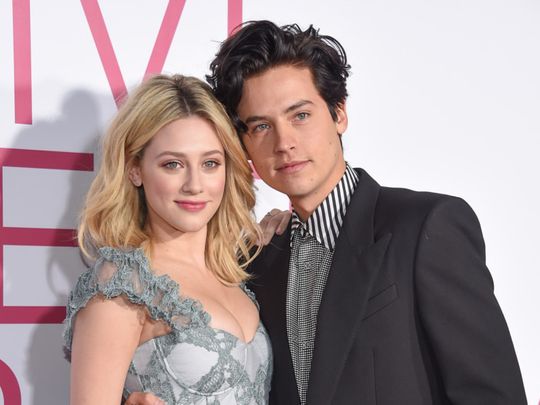 According to a source, the 27-year-old Disney star Sprouse and the ‘Hustlers’ actor Reinhart — who play Jughead and Betty on ‘Riverdale’, affectionately known by the couple name ‘Bughead’ by fans — began dating in 2017, the same year the show premiered.

But the couple has been hit by numerous break-up rumours over the past year, which they have strongly denied. Now as per a source, “Cole and Lili split before the pandemic hit, and have been quarantining separately. They remain good friends.”

The break-up confirmation comes after ‘Riverdale’ actor Skeet Ulrich’s girlfriend hinted that the co-stars weren’t together.

Ulrich, who stars as Sprouse’s on-screen father on the show, answered questions on Instagram Live with girlfriend Megan Blake Irwin. Someone asked the 50-year-old actor: “Do you think that Cole Sprouse and Lili Reinhart are a cute couple?”

“They’re both beautiful people,” she said.

In July 2019, following reports of a split, Reinhart said on Twitter, “Don’t believe everything you read on the internet, kids. And news sources should try a little harder to be less vile. ‘Reliable sources’ can kiss my [expletive].”

In April, Sprouse reacted to speculation that he cheated with model Kaia Gerber. He said: “When I first stepped into a public relationship this was one of the foreseeable consequences. And while I truly never intended to indulge any part of my private life to the ravenous horde, it’s clear my restraint in updating them has allowed them to push their own agenda onto my habits and lifestyle.”