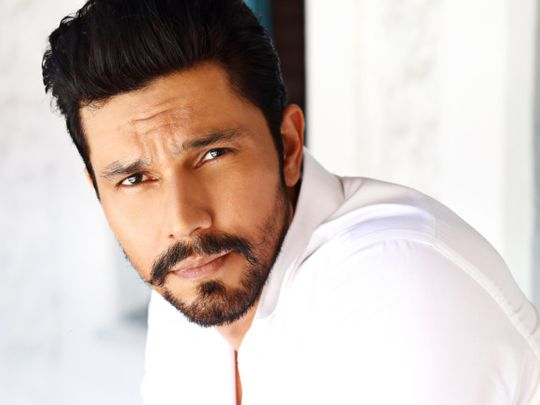 Indian actor Randeep Hooda, who made his Hollywood debut in the Chris Hemsworth action spectacle ‘Extraction’, is on a roll.

He’s thrilled that his film, which premiered on Netflix last month, has impressed movie buffs around the world.

“Millions of people have been exposed to me as an actor and that’s a big thing. It’s one of the most watched movies in recent times and deep down as artists we want to reach out to as many people as possible. ‘Extraction’ did that for me,” said Hooda in an exclusive interview with Gulf News tabloid over the phone.

Hooda, who plays a kidnapped child’s bodyguard in ‘Extraction’ and goes on a mission to rescue the boy from the clutches of crime lords in Bangladesh, dubs all the larger-than-life characters as indefatigable ‘terminators’.

It’s the first time in his career that Hooda has taken Hollywood by storm.

“My role wasn’t like a caricature in cartoons like ‘The Simpsons’. As an actor and a person, I am very happy that I could represent my subcontinent in a way that has never been seen before. There’s a lot of machismo in my role, but there’s a sense of sacrifice too,” he said.

The actor, activist and equestrian lover has done well in Hindi films too. His turn in films including ‘Highway’, ‘Sarabjit’ and ‘Love Aaj Kal 2’ has made him an actor to reckon with.

Here’s what he had to say about his Hollywood debut, working with ‘Thor’ superstar Hemsworth, his journey in films and more …

Q: You don’t play a token brown man in your first Hollywood film ‘Extraction’. Was that heartening?

A: It is one of the best roles to have come to an Indian actor. It breaks the stereotypes that exists within roles given to Indian actors in Hollywood mainstream cinema. I don’t play this computer geek or this millionaire or someone who is not physically threatening. I play a person who is cunning with sharp mental and physical faculties.

Q: ‘Extraction’ released during the COVID-19 quarantine. Did that have an impact on how it was received?

A: ‘Extraction’ was always going to release on Netflix. But it released when the world was engulfed in an unprecedented humanitarian crisis. The release happened at a time when people were overcome by negative thoughts of the pandemic. I am very glad that we were able to provide relief at this time and take people’s mind off at what was going on through a film that was an action rollercoaster ride. Although I don’t feel relieved about it releasing during these tough times, I am grateful that we were able to provide some entertainment.

Q: You matched strides with Chris Hemsworth on the action front too …

A: I am happy that the director and Russo Brothers showed confidence while casting me. Action was a big part of my role and we worked very hard on it. We wanted to get it right. In India, there was this feeling as if I was participating in the Olympics against Australia because of the physicality in my role. I am glad that I held my ground, all thanks to a fantastic action team. ‘Extraction’ is full of action, but is filled with emotions too. I had to work hard on my physical strength and stamina to match up to Chris Hemsworth. He is a very sporty guy and he has that inner action hero in him. After all, he was Thor.

Q: What did you observe about him?

A: Every actor is a human being as well and each person is different as actors. It’s their individuality that makes them different from each other. Chris is one of the biggest superstars of the world today. But on set, he was very hard working and focused a lot on the action choreography. Plus, he is down-to-earth, funny and witty. During any scene, he’s all there. He’s always full of energy. He’s a genuine person and I admire a lot of qualities in him. I like the way he handles his fame. It’s an admirable trait.

Q: Did you audition for this role?

A: Yes, I did. I consider this role as the Sikh Guru’s way of rewarding me for all the sacrifices I had made for a role that didn’t pan out. I auditioned over my phone camera when a casting lady called Tess Joseph reached out and I had to enact the scene in which my character speaks to his wife and kids. It was a scene set in jail. I had to be very expressive and prove that there are emotions in my machismo.

My role was written as one of those emotional characters. It was Sam’s favourite character because this guy had nothing to do with the kid, but was on call to guard him. So what do you do when the kid runs out at night without his knowledge and gets captured? Imagine if your boss threatens to kill him and his family, if he doesn’t save the kid from being held hostage. As you go along, you discover more about my character and that’s what makes him so intriguing.

Q: Hasn’t the success of ‘Extraction’ proved that the world loves a good, indestructible superhero?

A: In ‘Extraction’, the protagonists are not invincible. They get hurt, they bleed and they are desperate to escape. It makes them more interesting and catchier than those superheroes.

Q: What’s the difference between working on a Hollywood film and a Bollywood drama? Is the former more disciplined and less tardy?

A: Everything is on time on Indian film sets too, it’s just the actor who probably turns up late. Otherwise, they are professional too. The difference is that the pre-production and the preparation for the shoot of a Hollywood is much higher. Their level of preparation is phenomenal. In India, we are not much into pre-production.

Q: Are you happy with the way your career in Bollywood and Hollywood is shaping up?

A: Over the years, I have learnt to take success and failure in the same breath. If you don’t let the failures bury you, you cannot make your success fly too hard either. I consider acting as a contractual job. After one job goes well, you just hope that you get another job. It’s like piling on the bricks. I just want to continue to do good films. I just want to get better roles that stretch me as an actor.

“I joined this film industry thinking of being seen as an actor in a darkened cinema hall. It is not replaceable at all. But since we are consuming a lot more cinema and content, these platforms are great. They will coexist whether we like it or not … I am not someone who can give big sweeping statements about these things but I am just an artist and this is my playground.”

‘Extraction’ is out on Netflix now.