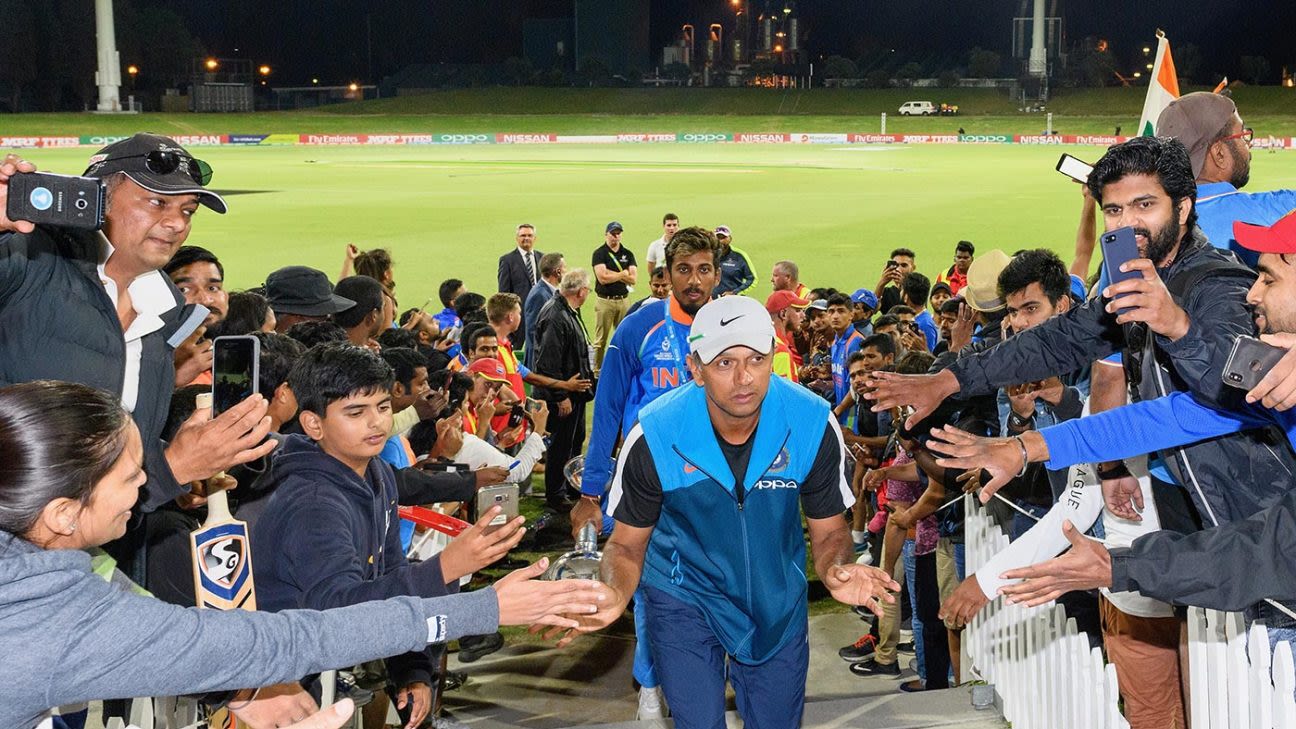 Rahul Dravid believes sport across the globe will need a controlled lifting of restrictions if it is to thrive again, and playing in a bio-secure bubble will not always be a viable solution even as governing bodies grapple with the prospect of resuming behind closed doors in the Covid-19 era.

“A lot of these things are going to be dictated by the situation and how it evolves,” Dravid said on a webinar organised by YUVA, a non-profit organisation for underprivileged sportspersons in India. “In case of the bio-bubble, you do all the testing and quarantine and then on day two of the Test match, what if one player, for example, tests positive? What happens then?

“The rules, as they stand now, will see the Public Health Department coming in and putting everyone in quarantine, that ends the Test, that series, even though they may have incurred a lot of expense to create that [secure] environment.

“So we have to work with the health authorities and governments to work out ways in which, if someone tests positive, you don’t cancel the full tournament. If we are talking of the environment of sport, given the rules that exist now, it will be difficult for sport to resume.”

Dravid also felt quarantining players for a set period before and after the event in a crowded cricket calendar may not be entirely practical. He was responding to a question on the possibility of West Indies playing in England in a “bio-secure” environment, with lengthy preparation times.

As things stand, West Indies are prepared to travel to England a month in advance to acclimatise and complete their quarantine before playing a three-Test series. England players, as per reports, may need to be away from their families for up to nine weeks, until the end of the three-Test series against Pakistan in August.

“With the kind of calendar that we have, the kind of travelling involved for the players, it’s virtually going to be impossible to do that.”

“A lot of these rules will have to keep changing. It is a bit unrealistic to have things at the level the ECB is talking about for every series [14-day quarantine period before and after every series],” Dravid said. “Obviously, the ECB is very keen to conduct these couple of series because they have had no other cricket and it is right in the middle of the season, and they’re keen to do this so they are potentially creating the bubble and managing it that way.

“It’s going to be unrealistic for everyone to be able to do that all the time. With the kind of calendar that we have, the kind of travelling involved for the players, it’s virtually going to be impossible to do that. We’re hoping things will evolve and we will find a better way.”

Football leagues in Germany and Korea have resumed behind closed doors. There have been talks within the BCCI of the IPL adopting a similar route, too. Dravid felt such a possibility could only benefit richer boards or leagues.

“The Bundesliga, Korean League or specific leagues where players live and train in one city, that can be managed at an elite level where there is money and infrastructure isn’t a problem,” Dravid explained. “As you go down where sports don’t have the kind of money some of these football leagues or other leagues have, it’s going to be difficult to do that. You have to find a balance to this situation. If we want to stick by the rules we’re talking about now, it’s unrealistic to start sport. There has to be easing of certain restrictions, even when people test positive, for sport to fully resume.

Dravid also underlined how crowds were integral to the sporting experience and equated elite sportspeople to “performers” who thrived on the big stage. While he didn’t think player performance would be directly affected by playing behind closed doors, he said athletes wouldn’t have the “stage to perform”.

“Players are like performers, they like to play in front of big crowds. They’re used to engaging with the fans. That adds an incredible complexity to the game. The interactions between fans and players will be missed, like the experience of playing in front of a packed house in Kolkata or anywhere in the world. As players, you want to perform. There’s a sense of wanting to perform as an artiste or actor or performer, and the players would miss that.”