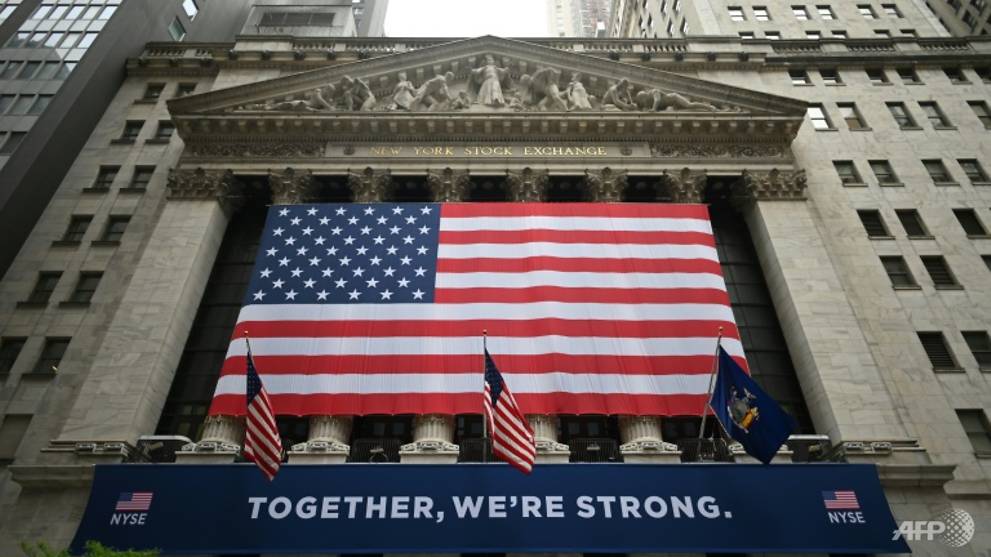 NEW YORK: From the floor of the New York Stock Exchange to the Church of the Nativity, numerous iconic world landmarks reopened on Tuesday (May 26) as the global economy eased its way out of lockdown.

Two months of shutdowns decreed to slow the spread of the coronavirus pandemic have dealt businesses a devastating blow, particularly in trade, travel and tourism.

But Wall Street indexes surged higher in early trading after trading resumed on the symbolic NYSE floor – it has continued electronically – for the first time since mid-March, to US President Donald Trump’s delight.

Trump has been urging state governors to roll back lockdown measures, despite the US virus death toll rising to 98,223, the world’s highest.

Other major economies in Asia and Europe took action earlier and have past the worst of the epidemic, but even they are easing slowly out of lockdown.

For many countries, including hard-hit Italy and Spain, the summer season will be key to saving what is left of the tourism industry.

But the novel coronavirus is continuing its spread.

On Tuesday the number of confirmed infections worldwide passed the 5.5 million mark, according to an AFP tally of official sources.

The number of declared cases in the world has doubled in a month and more than one million new COVID-19 cases have been registered in the last 11 days. More than 346,000 deaths have been recorded worldwide.

Asian trading hub Singapore warned Tuesday its economy could shrink by as much as seven percent this year. EU leaders, meanwhile, will announce an unprecedented trillion-euro recovery package on Wednesday.

The virus has also had an immense political impact, and not just on Trump, who faces a difficult re-election battle in November and has a deepening rift with China, where the new strain of the disease was first discovered.

British Prime Minister Boris Johnson’s government is in crisis and a minister has resigned after top Downing Street aide Dominic Cummings refused to apologise for driving his family across the country despite the lockdown.

But there were also signs of hope at some of the world’s best known and symbolic destinations.

In Bethlehem, the Church of the Nativity – built on the spot where Christians believe their saviour Jesus was born – reopened its doors after more than two months.

Once inside, Greek Orthodox Bishop Theophylactos kissed an icon while a priest scattered holy water in the grotto where Jesus is said to have rested in a manger.

Palestinian authorities believe the COVID-19 virus came to Bethlehem with a group of Greek tourists – such stories have devastated the travel industry worldwide.

Nevertheless, in Italy – once the global epicentre of infections after the virus spread to Europe from China – the site of a previous natural disaster also reopened to visitors.

The ruins of the Roman city of Pompeii, destroyed by a volcanic eruption in 79 AD and preserved through the centuries in a layer of ash, attracted four million visitors last year.

It has now reopened, but foreign visitors are still prohibited to travel to Italy until next month, and locals from the Naples region found the site deserted.

“It’s only us guides, and journalists,” sighed 48-year-old Valentina Raffone, noting a “sense of emptiness, of sadness” as if after a disaster on the scale of the city’s end.

Italian foreign minister Luigi di Maio said he is working with EU colleagues to agree on June 15 as a coordinated day for member states to reopen their borders and tourist regions.

“We should save what we can save of the summer, to aid our entrepreneurs,” he said.

Beyond tourism, the European Union is attempting to launch an unprecedented trillion-euro economic stimulus to speed the recovery from the pandemic.

European Commission president Ursula von der Leyen will unveil her proposal Wednesday, but EU capitals are likely to argue over the details, and a coalition of four “frugal” northern states opposes too generous grants to the hard-hit south.

The stakes are high. The European Central Bank warned that if EU members overspend to escape the crisis they could undermine market faith in their ability to remain within the single-currency bloc.

Elsewhere, Russia recorded its highest daily coronavirus death toll of 174 on Tuesday but said more than 12,000 people had also recovered over the past 24 hours.

Health officials said Russia’s total death toll had reached 3,807 and its number of cases had hit 362,342, the third-highest number of infections in the world after the US and Brazil.

Nevertheless, President Vladimir Putin declared that “the peak can be considered passed” and ordered preparations for the delayed May 9 Red Square military parade to mark the 75th anniversary of Germany’s surrender to be held on June 24.

And in the Philippines, President Rodrigo Duterte said students will not to go back to school until a coronavirus vaccine is available – a prospect that may be months or years away.