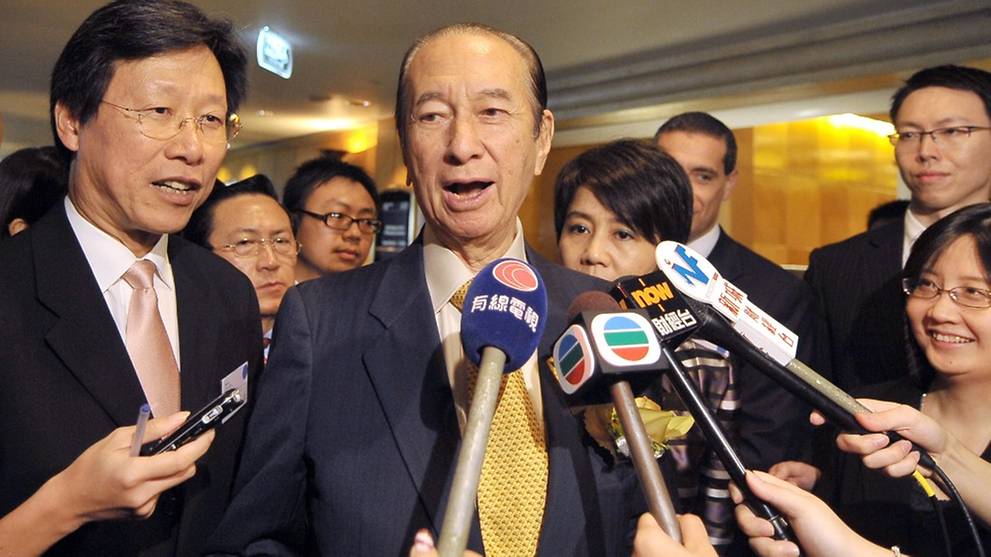 HONG KONG: Macau casino king Stanley Ho, who built a business empire from scratch in the former Portuguese colony and became one of Asia’s richest men, died on Tuesday (May 26) at the age of 98, his family has confirmed.

“My father has passed away peacefully just now at around 1 pm at Hong Kong Sanatorium and Hospital,” Ho’s daughter Pansy told reporters.

Known as the “godfather” of Macau casinos, the billionaire was instrumental in turning Macau into a gambling boomtown, with gaming revenue surpassing Las Vegas.

The flamboyant tycoon, who loved to dance but advised his nearest and dearest to shun gambling, headed one of the world’s most lucrative gaming businesses through his flagship firm, SJM Holdings Ltd, valued at about US$6 billion.

Shares of the companies in the family empire surged after the news of Ho’s death. SJM rose as much as 8.5 per cent, passenger transport firm Shun Tak Holdings jumped 17.6 per cent and casino operator Melco climbed 4.9 per cent, outpacing a 2 per cent gain for the benchmark index .

Born in Hong Kong, Ho had four wives and 17 children, and was forced to restructure his business after a legal battle erupted within the family in 2012 over his fortune.

In 2017, Ho stepped down as chairman from his Hong Kong-based conglomerate Shun Tak Holdings with his daughter Pansy Ho succeeding him.

He stepped down from his flagship casino empire SJM Holdings in 2018, and handed over the reins to another daughter Daisy Ho.

His privately held company, Sociedade de Turismo e Diversões de Macau, or STDM, has stakes in everything from luxury hotels to helicopters and horse racing.

Ho spearheaded what is known in Macau as the junket VIP system, whereby middlemen act on behalf of casinos by extending credit to gamblers and taking responsibility for collecting debts.

Some of Ho’s children have become successful gaming operators in their own right. Daughter Pansy is the co-chairperson of MGM Resorts’ Macau unit while son Lawrence runs Melco Resorts & Entertainment.