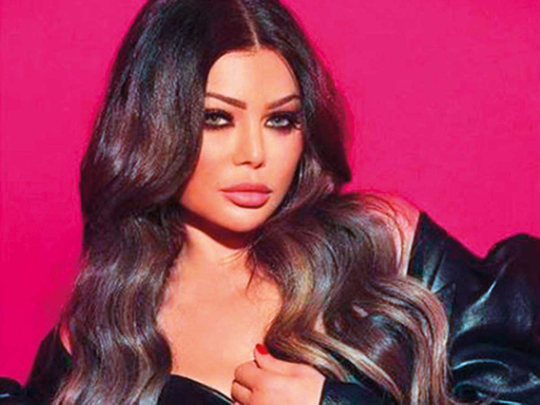 The legal turmoil between Lebanese singer Haifa Wehbe and her former manager and ex-boyfriend Mohammad Waziri is getting murkier by the day.

According to the document, Waziri has moved his legal case to the Family Court in Egypt to prove his marriage to Wehbe, who has accused him of withdrawing sums of money from her account, mounting to 63 million Egyptian pounds or close to $4 million (Dh14.7 million).

Wehbe took to Twitter on May 25 to refute the marriage claims, posting in Arabic that the claims of a marriage between her and ‘MW’ is untrue. She added that she will be taking legal action and filing a defamation suit in turn and “we will wait for the outcome of the investigation and the results of the judicial ruling on that.”

The court is expected to adjourn on June 2 on the matter.

Earlier this month, Wehbe filed a case against Waziri for pocketing the money that was owed to her from concerts and contracts she had signed. She has accused him of transferring her funds into his personal accounts.

The singer and actress is one of the biggest stars in the Arab world, having released seven studio albums and making her acting debut in the 2008 Pepsi-produced film, ‘Sea of Stars’.

In March, Wehbe found herself in the headlines once again when the rumour mill stated she had contracted coronavirus and was being treated in an Egyptian hospital. However, the singer had denied the claims.