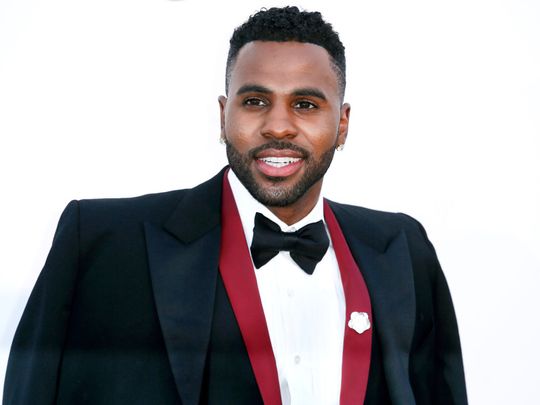 After losing his front teeth while attempting a TikTok challenge, singer Jason Derulo, known for belting out hits like ‘Wiggle’ and ‘Talk Dirty’, gave a superhero twist to entertain fans on the short-form content platform.

Derulo took up the ‘Wipe It Down’ challenge, in which users spray and wipe down a mirror which then reflects different character personalities.

“With great power comes great responsibility,” Derulo wrote while sharing the 30-second clip on his Instagram.

At the start of the video, Derulo shows off his abs while shirtless. He has a gold chain dangling from his neck as he wipes down the floor-to-ceiling mirror in his washroom.

He flinches after being bitten by a spider, and seconds later, he appears as Spider-Man. After showing off a few dance moves, Spider-Man shoots his web into the air and then disappears.

Derulo has been open about his love of internet challenges.

Recently, he did the eat corn on the cob challenge while it was attached to an electric drill. He shared the video on the video-making application TikTok.

In the beginning of the clip, Derulo is heard saying: “Hey, have y’all seen this? I’ve always wanted to try it. Life hack!”

The stunt takes a bad turn when Derulo switches the power drill on, to rotate the corn in speed. Suddenly, the pop-singer is heard shouting out in pain and later reveals his broken front teeth.