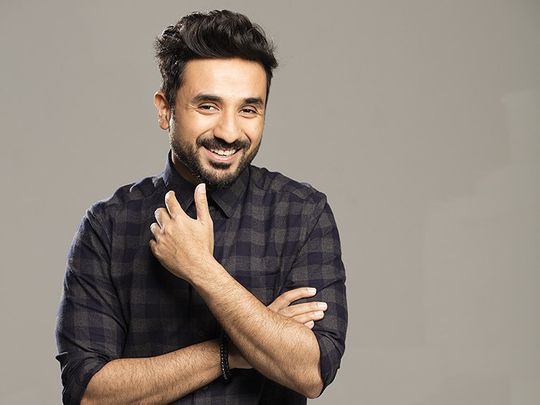 Actor-comedian Vir Das shared a video where he is engaged in a verbal spat with a neighbour, who reportedly sneezed on him for allegedly not maintaining social distance.

Posting on Facebook, Das spoke about the whole incident in detail.

“This is one crazy evening. I live on the ground floor. We’ve got a little sit-out. At 10pm a neighbour came by, because we had cooked dinner for them too. We do that with them and also some of the others within the complex. We gave him a chair fifteen feet away, FULLY socially distanced. My neighbour had a can of coke from his house, a mask on, which he had pulled down to have a smoke,” said Das.

He continued: “I was on the outdoor sit-out area of my house, literally on my own balcony step. Neighbour was in the complex, fully socially distanced. Five minutes later, this happens — this man is not my landlord; he lives on the first floor of the annexe building. He is upset because my landlord inherited the house I live in and he didn’t. This man does not own my doorstep, my sit-out, or my house. I’m not sure if an old man threatening to assault me, or sneezing on me, or asking his dead parent to haunt me qualifies as harassment.”

Das also shared that the particular neighbour has previously gone to the media to get articles written about the former.

“But this is a little ridiculous. Before this turns into him going to the media, as he has done before, and I’ve sat through it quietly — I’m not normally one for drama — I’m sorry but this crossed the line. How’s your lockdown going?”

“To be clear, Uncle has been known to do this to us multiple times and then go to tabloids, and get articles written about me and my family. Tabloids carry them because that’s what tabloids love. I’ve recorded him multiple times, and let it go every single time quietly. I’ve tried legal notices, (have tried) speaking to my landlord. But I’ve never gone to social media. This time at least it’s out there before seedy articles that are sure to follow. Today [he] crossed a line. Hope you understand,” Das added.

In the video, the man can be seen sneezing on Das and coming towards him to slap him. He even called Das a “clown”.

To that, Das responded: “Thank you for calling me clown sir. That’s a huge compliment in my profession.”

After seeing the video, several celebrities came out in support of the ‘Hasmukh’ actor.

“This is pure harassment. Also scary cause he seems a little crazy to be cursing you with haunting threats. Please be safe,” actress Sayani Gupta tweeted.

‘Shararat’ fame actress Shruti Seth asked Das to get a “restraining order against this lunatic”.