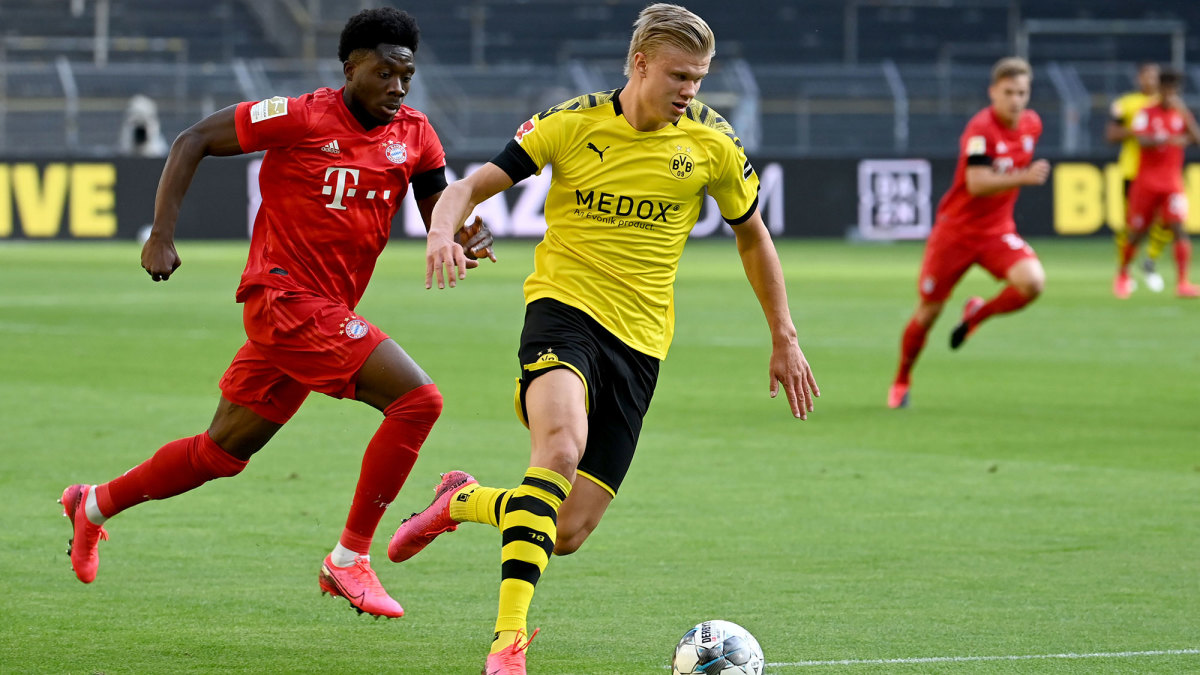 Alphonso Davies’s speed has taken the Bundesliga by storm, and it certainly has been noticed by his Bayern Munich teammates.

The 19-year-old Canadian left back has been a revelation this season, and he was at it again in Tuesday’s 1-0 win over Dortmund, which gave Bayern Munich a commanding seven-point lead in the title race with six games to play. Davies hit a top speed of about 22 miles per hour on one of his 42 sprints on the day, with his most important intervention coming to deny Erling Haaland of a clear chance after the Norwegian goal magnet gained control behind the Bayern back line–or so he thought. Davies’s recovery speed allowed him to get in front of Haaland before he could shoot and take the ball off his foot in the 33rd minute.

Bayern veteran Thomas Muller was asked about Davies after the match, and he took the opportunity to compare him to a Looney Tunes character: the Road Runner.

“Alphonso is a player with a lot of heart and … extreme power,” Muller said. “Sometimes maybe he is not [in] the best position on the field, but he gets the opponent, when he thinks ‘I have time, I have time,’ and then ‘Meep meep meep meep!’ The Road Runner, the FC Bayern Road Runner comes ahead and steals the ball.” (Full answer begins below at the 1:16 mark)

Muller’s note that Davies’s positioning isn’t always the best could be seen as back-handed, but the position–especially at the Bundesliga level–is still a work in progress for the Vancouver Whitecaps product. His aggressive nature has resulted in goals for Bayern, as he’s scored two and assisted on seven in all competitions this season. And with recovery speed like that, perhaps even the Road Runner can feel confident in cheating further up the field and still being able to track down the Coyote.