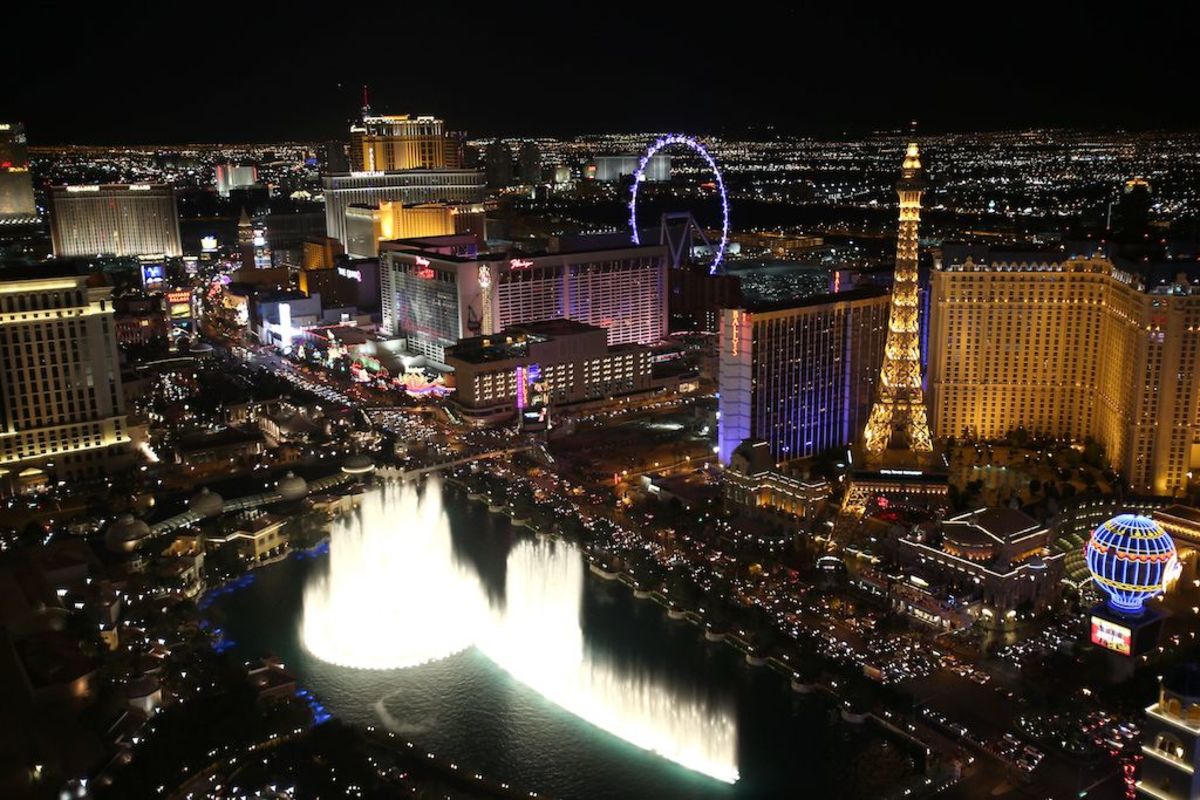 The lights on the Las Vegas strip could be shining bright once again very soon. Nevada Governor Steve Sisolak announced a tentative target date of June 4 to reopen the state’s gaming industry. More details for Nevada’s “Road to Recovery” are expected to be announced tomorrow, including when more restrictions could be lessened.

Nevada, which is currently in “Phase One” of Sioslak’s reopening plan, has been allowing several kinds of businesses to operate with restrictions, from restaurants to barbershops.

“Without a thoughtful and measured reopening of Nevada’s gaming industry, all of the work that Nevadans have done to fight the spread of this viral pandemic will have been for naught,” Sisolak said in a statement.

The number of Nevada workers who do not have jobs is truly staggering after the state’s unemployment rate hit 28.2% in April—the highest in the U.S. and the worst joblessness showing in Nevada history. According to state officials, it’s the worst any state has seen since the national jobless rate was estimated at 25% in 1933 during the depths of the Great Depression.

“They are all sobering numbers, far in excess of anything we have experienced as a state before now,” said David Schmidt, chief economist for the Nevada Department of Employment, Training and Rehabilitation.

Nevada, Las Vegas and surrounding Henderson areas in particular, have been hit especially hard by the economic fallout from the coronavirus pandemic because so many of its jobs are tied to the travel, tourism and hospitality sectors.

Many strip casinos also announced they will be suspending their greedy practice of charging visitors a parking fee. MGM, which operates nine Strip resorts, announced that they will be removing self-parking fees as it prepares to welcome guests back after the coronavirus shutdown. In 2016, MGM Resorts became the first casino on the strip to start charging for self-parking. Fees ranged from $10-$18 per day, depending on the property. The Cosmopolitan will also be waiving parking fees when it reopens, the resort confirmed last week.

Not to be outdone, Caesars Entertainment also has now announced they will be following suit and suspending all self-parking fees. The company also announced that Caesars Palace and the Flamingo Las Vegas will be the first of its properties to reopen when casinos are eventually allowed to open its doors. Other properties will follow afterward, with the timing of those reopenings to be based upon customer demand.

“Reopening Las Vegas in a phased approach will be a significant milestone for Caesars Entertainment as the country continues to emerge from this necessary closure period,” said Tony Rodio, CEO of Caesars Entertainment. “We are excited to welcome guests and our employees back to our properties.”

Vegas casinos will also need to determine if a major source of contention (resort fees) will also be suspended. As we already know, many attractions and amenities known to the Vegas strip, such as live entertainment, night clubs, pool parties, spas, and buffets will not be coming back right away. That begs the question of just how long can Vegas properties justify continuing the practice of gouging customers with insane “resort fees” when the strip will be a mere shell of itself when the doors initially reopen.

Thousands flocked to casinos in Mississippi to celebrate their re-openings. One lucky gambler at the Palace Casino in Biloxi didn’t have to wait long to find a reason to celebrate the return to normalcy. Less than forty-five minutes after they reopened the doors, one lucky woman hit a $90,000 dollar jackpot.

A handful of Oklahoma casinos also reopened strong, requiring all gamblers to wear masks and have their temperatures checked at the door.

Tiger Woods and Peyton Manning held off a late challenge to beat Phil Mickelson and Tom Brady in a golf match dubbed: The Match: Champions for Charity. The matchup took place in Florida on Sunday and raised $20 million for COVID-19 relief efforts. The goal was to raise $10 million or more for COVID-19 relief funds, however online donations helped exceed expectations to more than double the targeted amount.

“We all came together and were able to raise $20 million for those that have been so severely affected,” Woods said. “I take my hat off to Tom and Peyton. This is our arena, this is what we do for a living. I couldn’t imagine going on the football field and doing what they do.”

Sportsbooks around the country reported betting handles on the event that ranged from an average NFL regular season game to a higher profile regular season NBA game.

“Knowing that $20 million was raised is amazing,” said Manning. “It was an honor to be invited to this, and it’s something I will always remember and cherish.”