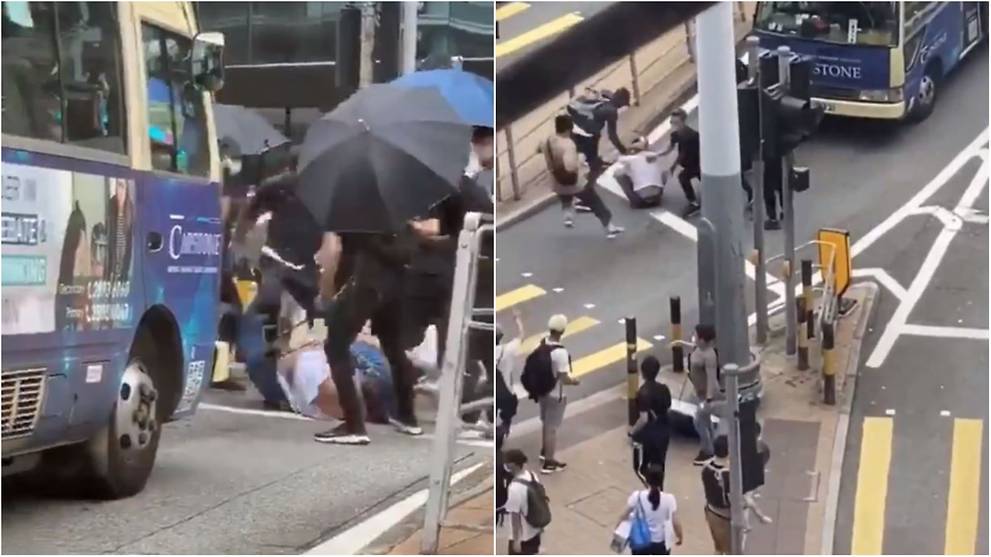 HONG KONG: The Law Society of Hong Kong has strongly condemned an assault on a lawyer during Sunday’s (May 24) protest against a controversial security law proposed by Beijing.

Videos online show a man with blood on his face scrambling to escape about half a dozen protesters who were kicking and hitting him with umbrellas.

The Law Society said the victim was a member, and that he had been taken to hospital.

“All forms of violence, which are to be deplored as an affront to the rule of law, must stop immediately,” the society said.

Local media said the man had argued with protesters as they set up road blocks.

During last year’s huge protests, beatings were common on both sides of the political divide.

Videos of protesters attacking opponents have been seized on by Chinese state media to portray them as violent radicals.

Hu Xijin, editor-in-chief of the nationalist tabloid Global Times, posted the video of Sunday’s assault on Twitter – a platform banned in mainland China.

“Let’s see what the Washington-backed Hong Kong democracy really looks like,” he wrote.

China has portrayed Hong Kong’s protests as a foreign-backed plot to destabilise the motherland.

Protesters, who have hit the streets in their millions, say they are motivated by years of Beijing chipping away at the city’s freedoms since it was handed back to China by Britain in 1997.

Hong Kong enjoys liberties unseen on the Chinese mainland, as well as its own legal system and trade status.

Campaigners view the security law proposal as the most brazen move yet by Beijing to end free speech.

Of particular concern is a provision allowing Chinese security agents to operate in Hong Kong, fearing it could spark a crackdown against those voicing dissent against the mainland’s communist rulers.

On the mainland, subversion laws are routinely wielded against critics to impose lengthy jail sentences via party-controlled courts.