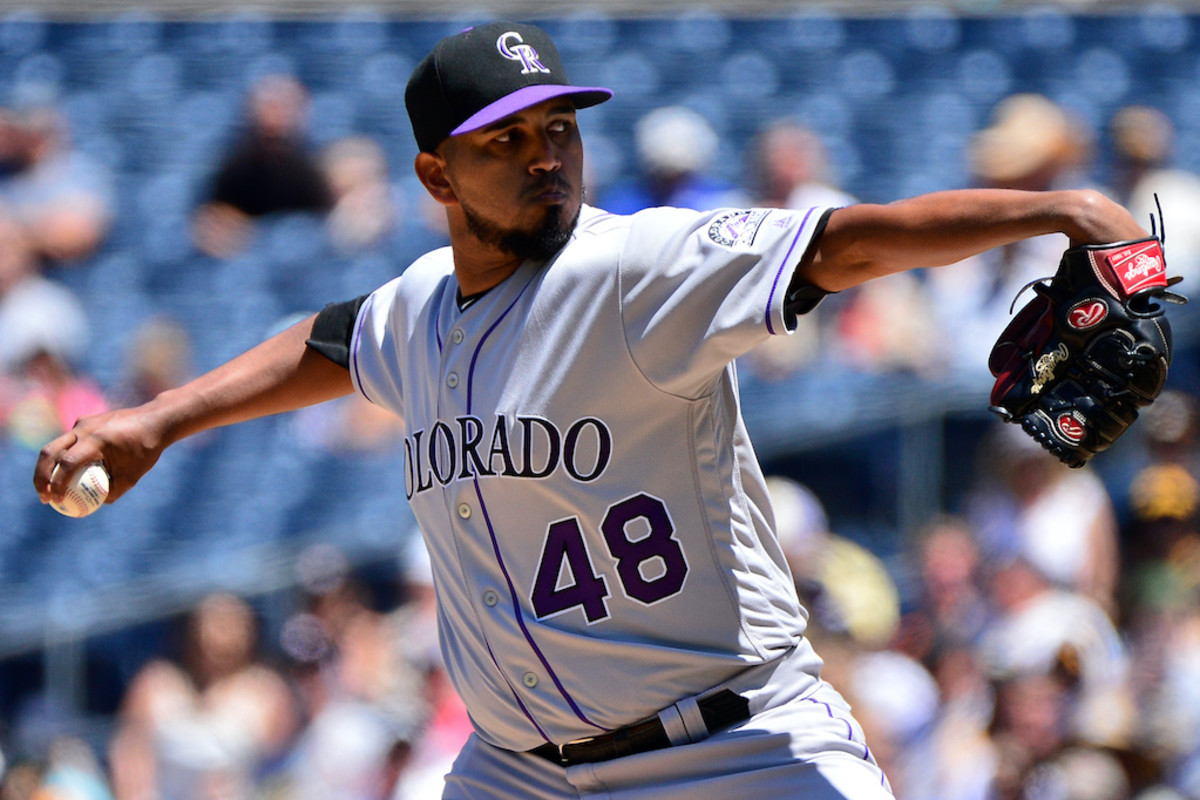 The still-to-be-determined start of the 2020 MLB season has added an interesting wrinkle to fantasy baseball draft prep. We here at SI Fantasy want to provide you with the best information possible heading into your drafts in these unprecedented times.

Our “Draft or Pass” video series takes a closer look at a fantasy player that will be debated often leading up to fantasy drafts, in many cases because of the delayed start to the season. Are our hosts targeting this player specifically? Are they avoiding him entirely?

“I’m not drafting a Rockies pitcher … ever!”

While I certainly understand those who choose to live by that statement, don’t rule out every player at a position group from an entire team. There’s value to be had when many look the other way.

For all of Marquez’s ERA failings last season, he did plenty of things well. His fastball velocity increased for a third consecutive season (up to 95.7 MPH), his swinging strike rate improved slightly (from 12.5% to 12.7% ), he had a sterling 4.9% walk rate and he maintained his 1.20 WHIP from the prior season. He also had a 3.54 xFIP. All of those portend bright things ahead for Marquez who came back to Earth after his 2018 breakout.

Remember, Marquez is only 25 and has shown steady improvement in his MLB career. He’s always going to be spotty at Coors Field, but he may not even have to play there this year. Over a full season, he could pair 200 strikeouts with a pretty solid WHIP. If he can get a little luckier with his ERA—three projection models had his ERA between 4.00-4.04—he could potentially be a Top 20 pitcher. That aforementioned 3.54 xFIP is a solid indicator that he should lower his ERA in 2020 and become a much more valuable fantasy pitcher.