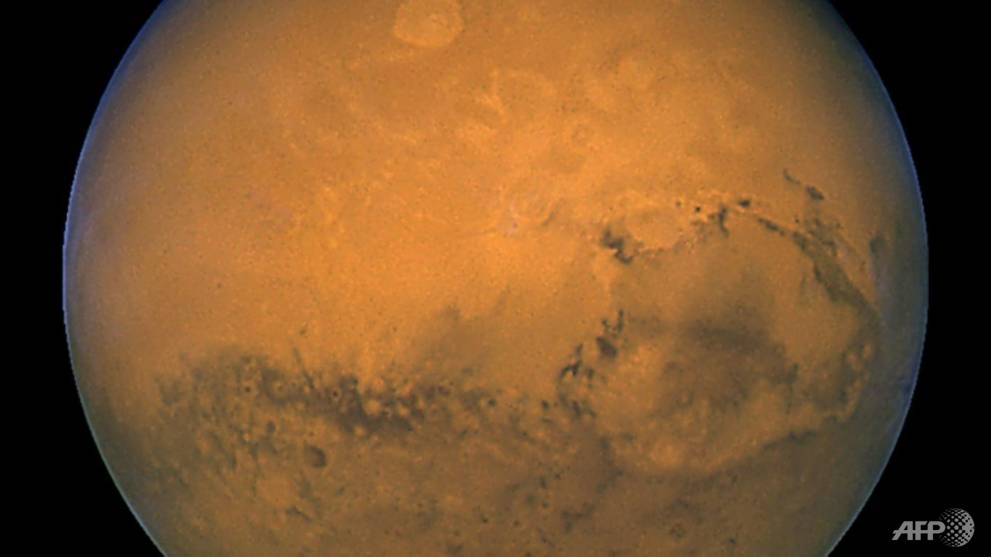 BEIJING: China is targeting a July launch for its ambitious plans for a Mars mission which will include landing a remote-controlled robot on the surface of the red planet, the company in charge of the project has said.

Beijing has invested billions of dollars in its space programme in an effort to catch up with its rival the United States and affirm its status as a major world power.

The Mars mission is among a number of new space projects China is pursuing, including putting Chinese astronauts on the moon and having a space station by 2022.

Beijing had been planning the Mars mission for sometime this year, but China Aerospace Science and Technology Corporation (CASC) has confirmed it could come as early as July.

“This big project is progressing as planned and we are targeting a launch in July,” CASC said in a statement issued on Sunday (May 24).

CASC is the main contractor for China’s space programme.

Called “Tianwen”, the Chinese mission will put a probe into orbit around Mars and land the robotic rover to explore and analyse the surface.

It will take several months to cover the roughly 55 million kilometres distance between Earth and Mars, which is ever-changing due to their planetary orbits.

China has already carried out a similar mission to the Moon, and in January 2019 landed a small rover on the dark side of the lunar surface, becoming the first nation to do so.

The US, which has already sent four exploratory vehicles to Mars, intends to launch a fifth this summer. It should arrive around February 2021.

The United Arab Emirates plans to launch the first Arab probe to the Red Planet on Jul 15 from Japan.