‘Barkskins’, based on Pulitzer Prize-winning author Annie Proulx’s 2016 novel of the same name, is National Geographic’s latest series, following a group of outcasts who immigrate to New France in the 17th century and navigate hostile terrain and uncertain allegiances.

“You always get nervous when you’re asked to adapt a book. I’ve had my books adapted. I’ve adapted other people’s books. I believe the job of the person adapting the book is to honour the spirit of the book, but feel free to plunder it. You never know with an author, whether they’re going to be sensitive about that,” said screenwriter Elwood Reid.

The book is epic in scope and length, spanning 300 years across more than 700 pages.

Reid focused on the first 100 pages, with the introduction of the peculiar Frenchman Claude Trepagny (David Thewlis) and the pragmatic innkeeper Mathilde Geffard (Marcia Gay Harden).

“He’s a man who sees himself as noble, whose great wish is to marry a real noble French woman and raise a family with her in New France … [But] he’s already entered into a domestic relationship with a Native woman and fathered a child for her,” said Thewlis.

“Most of the voices at this time, as you would know, were male in the Western culture, and so for her to come forth as a voice and a survivor and a nurturer and a nourisher and bringing the town together was really special. But in the Native communities, women as powerful voices was already an established thing,” said Harden.

The lack of indigenous roles in Hollywood, and the industry’s abundance of stereotypes and misrepresentations around Native people, is as old as time. But, progress is being made, according to indigenous actors.

“She’s half settler and half Wendat, an indigenous person from the area of what is now known as Quebec. I had a lot of fun developing her, because I am also half indigenous and half settler,” says Horn.

“I grew up on my reservation, which is outside of Montreal. In high school, which was on my reserve, this was the history that we learned about. We learned about the first interactions with the with the French, Dutch and English and how our politics influenced the creation of New France and Canada,” said Horn.

“When I first got the audition, I’ll admit, I was nervous. Because I always knew that I was never gonna play an indigenous person in a period piece. I just don’t look like what Hollywood envisions indigenous people looking like — I’m not dark skinned, I have light eyes, I have light hair. But I am, in fact, a Mohawk.”

But, she received a call from an indigenous person she knew in the writers’ room, which gave her “so much hope.”

“I knew that they cared about our representation. They cared enough to have indigenous writers in the writers’ room and on set, all the time, for the entire shoot,” said Horn.

She said progress has been slow, but that she felt lucky.

“When I graduated from theatre school 15 years ago, I never thought I would ever play an indigenous person and now half of my resume are indigenous characters and I get to be on a show like ‘Barkskins’ and show the experience of a mixed race person,” said Horn.

Native American actor Zahn McClaron, who is of half Irish descent, plays the half-Ojibwe character Yvon and realised early on that he “had never seen this type of character actually done.”

“We’re usually in buckskins and feathers in our hair, we rarely get out of that stuff, or horseback, or what you see on television. So, when they came to me with this character, I was excited to jump on board,” he said.

“I asked them about who they had for cultural advisers. Elwood turned the camera around when I was on a Skype session with him and he put the camera on Migizi Pensoneau, who was one of the writers of the show, and he happens to be a good friend of mine. When I saw that Migizi was in the room, I was extremely excited because Migizi is an Ojibwe, an Anishinaabe, and he grew up in his culture … I knew that we would be in good hands.”

McClaron believes that “things have changed quite a bit.”

“I was happy to see a character that dressed as an Englishman and was educated,” said McClaron. “Nat Geo went the extra length to make sure that we got the stories right. And it’s extremely important for me, personally.”

Getting a Pulitzer Prize-winning author to reveal her secrets is no easy feat — and Reid found that out the hard way.

He emailed Proulx his questions but Proulx kept her cards close to her chest.

“And the one mystery I had in the book was David Thewlis’ character Trepagny. I could not figure out what made him tick. He’s in a fairly large portion of the beginning of the book. Then, she told me the story about Trepagny being a Cathar and a dualist and a Gnostic. But it had been edited out of the book. I think she screwed up by telling me that, because the minute she told me, I had a thousand questions — she didn’t answer one of my questions … If I had not had the conversation, the Trepagny that exists on the screen would not exist.”

Reid admitted that he had no way of knowing what Proulx thought of his adaptation.

“Annie is a very private person. She doesn’t even like to discuss her book with me. So, if she’s seen it, I probably wouldn’t even know what she thinks of it. She’s more likely to send me an email about making sure we had the right period axes in the TV show or the way a tree was cut down,” he admitted.

“Because it was for National Geographic, early on, it was one of the things [where I] felt this burden to be as historically accurate as possible … We had researchers that were researching everything, including the Native American languages and the clothing … I live in fear of putting the wrong axe in the show, or I get an angry email from the author.”

For the actors, the most challenging part of the job was the sheer physicality of it — from the muddy land to the heavy period costumes.

“It was more uncomfortable. It was hot. It was sticky. It was full of mosquitoes. It was tiring. It was the most physical part I’ve done for a long time,” said Thewlis. And yet he “adored being called up into those mountains every day … I’m an actor from the northwest of England. I’m usually in rainy, crappy streets in Manchester. I’m not used to filming in such beautiful locations.”

As for Harden, it was a question of restraint.

THE WORLD AS WE KNOW IT

The thing on every actor’s mind now seems to be how the movie industry will move forward during or after the COVID-19 pandemic.

“Film sets are inevitably places where people are so, so intimate with each other and often literally, with the actors, if they’re not [expletive] or fighting or beating each other up. And we’re very theatrical people, we love to hug each other and the camera crews, so it’s baffling every time I think about it. I’m optimistic,” he added.

“Even on normal sets, someone gets the flu, or some kind of sickness, it goes around the crew — we didn’t have a lot of that, because we were outside the whole time,” said Reid. “Our biggest problems was bugs and mud and cold and rain and the heat and the actors in the heavy period costumes. And we were very isolated. We were very far away from an urban centre, where we were shooting.”

Harden felt that everyone would have to be tested.

“On a film set, I think, there’s a lot you can control. And I think if the choice is to be controlled, or not go back to work, I think we’ll choose to join a diagram that maybe is more restrictive, but that allows us to continue to tell stories. I hope.”

The title of Annie Proulx’s ‘Barkskins’ book may have been made up. In an interview with NPR, she explained the meaning: “Somebody who has skin like bark. People who work in trees would be a natural to be called barkskins. It’s not a word that’s commonly used and I can’t find where I heard it or saw it — it’s entirely possible that I made it up, I just don’t know.”

‘Barkskins’ premieres on May 26 in the UAE on National Geographic with new episodes on Tuesdays 9am and 7pm UAE time. 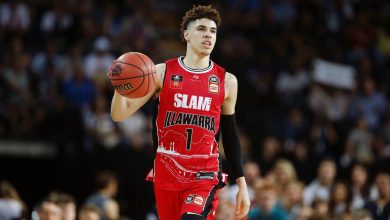 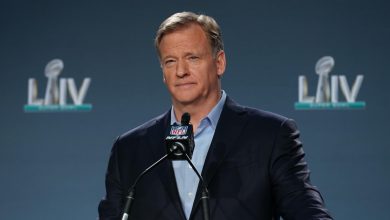 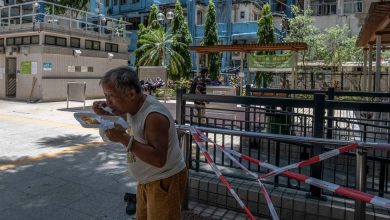 Hong Kong Bans Eating in Restaurants. And Then It Doesn’t.

Bollywood: Kartik Aaryan to walk the ramp for women artisans

Ultimate guide to the One World: Together At Home mega event
April 16, 2020

Ultimate guide to the One World: Together At Home mega event

Bollywood: Composers Vishal and Shekhar distance themselves from ‘Deedar De’ remix
2 weeks ago