JAKARTA: Former COVID-19 patient Indah, not her real name, still remembers the moments when she thought about jumping out of a window.

When she was tested positive in late April, the 30-year-old Indonesian was warded at Jakarta’s 2018 Asian Games athlete’s village. The facility was converted into an emergency makeshift hospital for COVID-19 cases that have been assessed to be less serious.

Separated from her three children, the youngest being just two-years-old, Indah missed them badly. She tried to connect with them daily through video calls and messaging apps.

When her children told her that their neighbours had stopped them from leaving home, for fear that they would spread the virus, she felt angry and helpless.

“I didn’t dare to look at a window because I would suddenly think of committing suicide,” she said when interviewed by CNA.

“I have never felt like that. Far away from my little children and my neighbours were saying bad things about them. I was stressed out.”

Fortunately, she quickly realised ending her own life was not a solution, as there would be no one to take care of her children.

Indah claimed that she was not alone in having suicidal thoughts. During her 18 days of hospitalisation, she encountered other patients who also had suicidal thoughts or displayed other symptoms of stress such as crying for the entire day.

She said some were stressed out because they had been hospitalised for over a month and felt bored and helpless, a state she also experienced.

Dr Stefanus Dony, the operational coordinator of the athlete’s village told CNA that when the makeshift hospital was newly launched in March and the psychological teams had not yet started work, they had a patient who tried to jump out of the window and attack the medical workers.

They quickly referred the patient to a psychiatric hospital in Jakarta as the person seemed to be suicidal.

“But now we have a psychological team and programmes so hopefully this will prevent unwanted things from happening and reduce the stress levels of our patients, including our health workers.”

Captain Didon Permadi, the head of the psychology team at the athlete’s village added that since he joined the hospital in mid-April, no one there has tried to commit suicide.

The suicidal thoughts were actually manifestations of the stress they experienced, he explained.

The psychologist said the emotional state of patients were caused by various factors.

Permadi added: “Another stressor is how people in their neighbourhood are treating their family (while they are warded at the athlete’s village) … They (feel like they) are ostracised, isolated, and don’t receive social support.

“Even when they have tested negative, some are anxious about going home.”

All these are manifested in different behaviours, said the psychologist.

”Since I’ve joined, according to the reports of several nurses, the uncontrollable behaviours some patients display include being angry and scolding the nurses, among others.

“There was also a patient who urinated anywhere he wanted and entered the rooms of other patients. But upon further examination, that person had suffered from a massive stroke and his memory is a bit impaired.”

Permadi also noted that some were already suffering from psychotic problems prior to their hospitalisation.

In such a case, they would refer them to a different hospital that would be able to handle such patients, he said.

READ: With only one toilet and limited water, refugee in cramped Jakarta shelter fears COVID-19 spread

They take care of the mental health of about 800 patients, most of whom have mild COVID-19 symptoms.

While there are no exact statistics on how many coronavirus patients in Indonesia have experienced mental problems, a woman suspected of contracting COVID-19 died last Sunday (May 17) after jumping out of the hospital window where she was warded.

Local media reported that the patient had made several requests to be discharged.

The psychologists have come up with preventive programmes to keep the patients and also the nurses mentally healthy.

Psychoeducation and positive messages are broadcast through messaging apps and loudspeakers twice a day.

There are also group activities that are organised in adherence to social distancing principles so that they can support each other and won’t feel lonely.

One-to-one counselling sessions and a hotline service are also available, Permadi said, while visits to the patients are also done regularly every Tuesday and Friday.

“We believe the patients here encounter problems which can disrupt them psychologically because they don’t really suffer from major problems physically but their activities are limited.

“And while waiting for the test result, they develop negative thoughts which disturb their sleep patterns and later their physical condition which could affect their immunity,” he noted.

The athlete’s village is meant for COVID-19 patients with mild symptoms and suspected cases, some of whom are also anxious that they could catch the virus while being hospitalised there.

It is the only hospital in Jakarta which is entirely focused on treating COVID-19 patients.

READ: The 79-year-old Indonesian doctor on the frontline of COVID-19 pandemic

Indah said the psychologists and their programmes have helped her overcome her suicidal thoughts.

Knowing that she had a support system at the makeshift hospital was also beneficial and important.

“We give each other support and share food with one another if someone had leftovers. We also pray for each other,” she said.

Now that she is back home, she is still upset every time she perceives that her family may have been ostracised.

She would sometimes send messages to the psychologists at the athlete’s village to pour her heart out.

“I just want people not to stigmatise and ostracise us.” 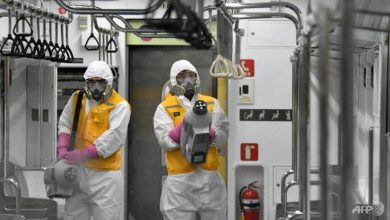 Can South Korea be a model for coronavirus-hit countries? 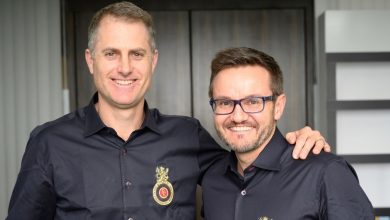 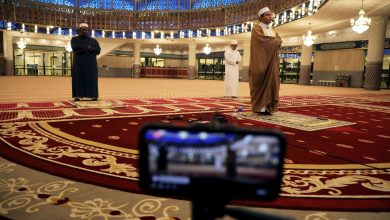 Ramadan during coronavirus: After cluster tied to religious gathering, Malaysia takes no chances

Brazil’s health minister resigns after one month on the job

Coronavirus: 5 World-class theatre shows to watch from your home
March 26, 2020

Coronavirus: 5 World-class theatre shows to watch from your home