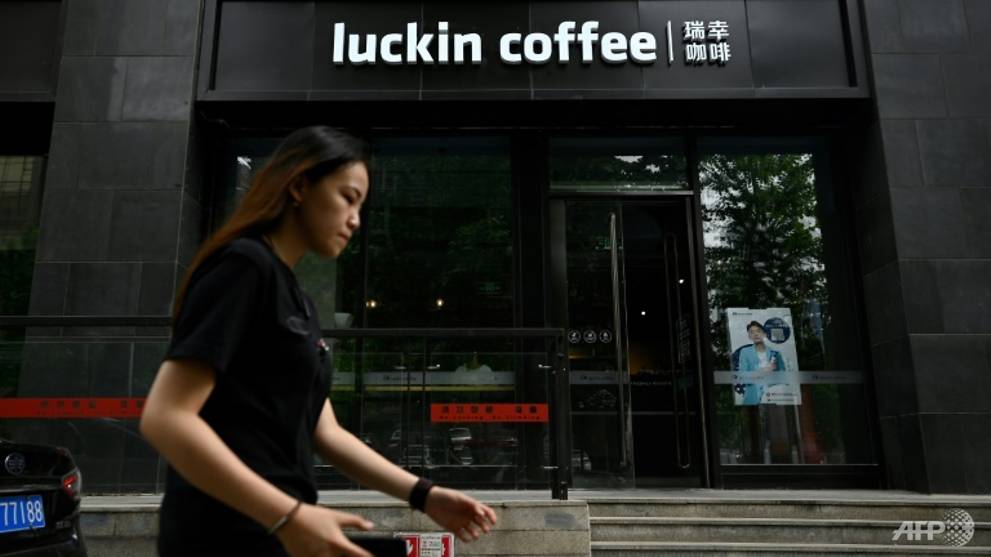 BEIJING: Luckin Coffee, a Starbucks competitor in China, said on Tuesday (May 19) it has been asked by NASDAQ to delist from the US stock exchange following a massive fraud scandal that has shaken the company.

The announcement comes almost exactly a year after Luckin Coffee made a stunning debut on Wall Street, with a market value of some US$4 billion.

But shares sunk 70 per cent earlier this month after the company disclosed that its chief operating officer, Liu Jian, may have faked 2.2 billion yuan (US$310 million) worth of sales in 2019.

The board fired chief executive Jenny Zhiya Qian and Liu last week after an internal investigation into the fabricated transactions.

Luckin Coffee said in a statement that it received a notice from NASDAQ on May 15 telling the company it must delist due to “public interest concerns as raised by the fabricated transactions disclosed by the Company”.

NASDAQ also cited the firm’s “past failure to publicly disclose material information, citing a business model through which the previously disclosed fabricated transactions were executed”, the statement said.

Luckin Coffee said it plans to appeal to a NASDAQ hearings panel and will remain on the stock exchange pending a ruling.

The Chinese coffee chain was launched in 2017 and raised US$561 million in its initial public offering less than two years later. Shares soared by 50 per cent when it began trading.

The coffee start-up had aimed to dethrone Starbucks in China by pursuing an aggressive growth strategy, enticing customers with an app-based purchasing model which prioritised takeaway and delivery options, and generous mobile coupons.

By the end of 2019, the Xiamen-headquartered chain’s 4,500 outlets in mainland China had already surpassed Starbucks’ local footprint, and investors touted the company’s potential to go global.