A charity which provides mental health services to professional cricketers past and present faces a £250,000 funding shortfall because of the Covid-19 lockdown.

Ian Thomas, PCA Director of Development and Welfare, said the organisation, which represents current and former cricketers in the UK, would have to address a hit to the buget right at a time when demand for mental health services had spiked.

“We’re going to have a tough year ahead,” Thomas said. “We’ve lost all of our fundraising events, we’re going to lose the best part of what we’d aimed to raise, about a quarter of a million pounds, and we will not see a single event, auction or anything that will allow us to raise those funds.

“We’ve got some challenges ahead as a charity to maintain the levels of suport that we’ve put in place and I’m sure we’ll get through it and the cricket fraternity will try to help our chairty as much as it can as well.”

Last year, 85 people sought mental health support from the PCA Trust, including 40 current players, and all 85 received treatment. That compares with 72 cases in 2018 and 59 in 2017.

Thomas said that this year, the Trust had seen the usual seasonal rise in cases experienced by mental health charities in the post-Christmas period of January and February followed by a lull in March when lockdown was introduced. In the past week or so, however, there had been a marked increase in mental health referrals.

“Interestingly, I’ve heard this with other sports,” Thomas said. “I have a fear it may have gone quiet initially because we were in lockdown, there was other things to focus on, but the worry for me amongst our members is people will face hardship from this situation.

“There’s an economic downturn, there’s job losses out there. I think it’s a long game. The important thing is we have the support in place for a long time to come because the effect of this situation isn’t just going to be an eight-to-12-week lockdown, it’s going to be a two-year recovery … I’m making an assumption it’s two years, it could take a lot longer.”

One way in which the Professional Cricketers’ Trust differs from many mental health charities is that it is able to refer members to private mental health treatment almost immediately through a partnership with Sporting Chance, the organisation founded by former international and Arsenal footballer Tony Adams.

Thomas said treatment usually consisted of six to 12 therapy sessions but in some cases, as with a former player earlier this year, it could include residential treatment. The majority of cases involve depression and anxiety, although help is offered for a range of issues, including gambling addiction.

While in practical and financial terms the Trust is only able to help its members, the PCA is able to reach the wider community through members telling their stories. Young England spinner Dom Bess recently spoke out about his battle with depression, while former England batsman and Professional Cricketers’ Trust Director Marcus Trescothick has become a staunch mental health advocate following his own experience of anxiety and depression.

Trescothick said the ability to speak about mental health “comes down to trust”. Whether that trust is found among team-mates or outside came down to individual preference.

“You’ll have potentially one or two people in that changing room environment where you potentially can feel a bit more open, where you can explain something,” Trescothick said.

“For me, it was quite an easy thing to do. I didn’t feel it was a problem for me. I appreciate that’s not the same for everybody because it’s so individual how people cope. But I felt better by telling people in the changing room what was going on. Because then we could laugh and joke about it, normalise it as much as we could, and really take the sting out of it.

“I could let everybody know, ‘lads, I need to disappear off and see my psychologist today, I’m really struggling at the moment,’ and that worked great for me.

“I also played with other players who never mentioned a word in the changing room to any cricketing friends, in that environment, because they didn’t want to. And that’s fine, because that’s their way of dealing with it. There’s no right or wrong way, it’s just whatever way you find you can cope.”

The PCA operates a telephone helpline but Thomas said the majority of mental health referrals came either through people contacting the PCA directly or one of six personal development managers within the organisation. 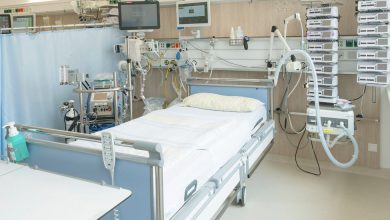 There Aren’t Enough Ventilators to Cope With the Coronavirus

Canada’s conservatives vote wholly by mail for a new leader 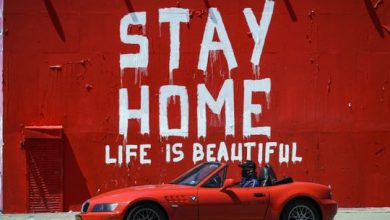 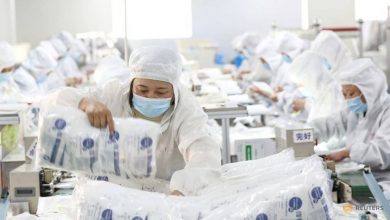 Somi stages a comeback with ‘What You Waiting For’