The latest episodes of The Last Dance focused on a variety of topics from Michael Jordan’s relationship with security guard Gus Lett who served as a second father to him, battle with Reggie Miller and the Indiana Pacers in the 1998 Eastern Conference finals and the Utah Jazz in the NBA Finals in 1997 and 1998. So which moments stood out? What was the biggest surprise? The Crossover staff reacts and offers takeaways.

Michael McCann: Episodes 9 and 10 concluded The Last Dance just as it had begun: with a powerful narration of Michael Jordan and his gravitational pull on the NBA. The late David Stern is interviewed towards the conclusion of Episode 10. The former commissioner succinctly illustrates the depth of Jordan’s impact on the league. “In 92,” Stern recalls, “the NBA was in 80 countries. Now the NBA is in 215 countries. Anyone who understands that phenomenon of that historical arc will understand that Michael Jordan and his era played an incredibly important part in it and advanced us tremendously.” There will be other once-in-a-generation talents in the NBA but none will impact the league quite like Jordan.

Jeremy Woo: As much as I enjoyed the doc, I almost felt like I didn’t really learn anything that new about Michael Jordan. Did I enjoy it? Totally. Was it well done? Pretty much. The 90s were awesome. But will it change the way I view Michael Jordan? Probably not. I don’t think we should be overthinking this as high art. It’s a well-curated version of his story.

Michael Shapiro: As someone who didn’t watch Jordan play live, the MJ story is one often painted in broad strokes. There’s the series winners against Cleveland and Utah, the shrug against Portland and the 63-point eruption in Boston. But The Last Dance gave us so much more. The 10-part documentary is more a testament to human will than Jordan’s talent.

We saw Jordan force his way onto the floor in 1986 as he risked further injury to his broken foot. We watched him bulk up in the summer of 1990 after losing to the Pistons. Jordan willed his way into being a passable baseball player. He overcame a terrible case of food poisoning in the 1997 Finals. We can argue as to who is the greatest player ever, and perhaps someone will one day take the top spot from His Airness. But Jordan’s will to win remains unmatched. The last five weeks have reinforced the point with an exclamation mark.

Ben Pickman: What else is there to say about Michael Jordan the basketball player (other than the Wizards’ years) that The Last Dance didn’t try and tackle? While there were a few notable emotional digressions in Episodes 9 and 10—namely into the lives of Steve Kerr and security guard Gus Lett—the final two episodes of the series drilled into the final, on-court chapter of Jordan and the 90s Bulls. While the film devoted time in early episodes to Chicago’s other stars, this was truly a film about Jordan, with the final hour focusing almost exclusively on Jordan’s desire and motivation. Through the 10 episodes, we were able to pier into the soul of the game’s greatest competitor, hearing his understanding and mindset as he discusses some of the most iconic moments in NBA history. We are introduced to poignant, emotional emotions and an unmatched ferocity. There was also seeming constant enjoyment, both for the Bulls and also we, the viewers.

McCann: The interview with Steve Kerr was arguably the most poignant in the series. Kerr and Jordan played together for four seasons. They also shared something unusual and unfortunate in common. Their fathers, Malcolm Kerr and James Jordan Sr., were murdered. Kerr interestingly noted that he and Jordan didn’t discuss their fathers. He offered a moving message about what his father, who was killed while serving as president of the American University of Beirut, would have thought about his son playing in the NBA. “During the national anthem,” Kerr remembers, “I would think about my dad, that he would love this right now. He wouldn’t even believe it, but he would love this.”

Woo: The Bulls drawing up an iso for backup center Bill Wennington, the only player who hasn’t scored, in the expiring seconds while up 40 in a Finals game deserves its own documentary short. This is the pettiest thing I’ve ever seen.

Shapiro: All due respect to the screaming Pacers fan, Jordan’s performance in the Flu (er, Pizza) Game stood out as a true testament to Jordan’s will. He looked legitimately exhausted in the first quarter, and each step down the stretch carried a significant burden. Jordan sinking the shot to win the 1998 Finals is perhaps the most famous moment in NBA history. But watching Scottie Pippen carry Jordan to the bench is an image that will last in my mind for weeks to come.

Pickman: In non-Jordan specific moments of Episodes 9 and 10 that jump out, watching the Bulls’ media relations assistant sneak Dennis Rodman out of the arena of an in-between game of the 1998 NBA finals was one of the better uses of the behind the scenes footage throughout the entire series. It’s was insightful, funny and took the viewer to a place we could not have possibly been had the footage existed.

McCann: Jordan explaining that his affliction in Game 5 of the 1997 NBA Finals wasn’t—as has long been reported—the flu. Instead, Jordan and his trainer, Tim Grover, reveal that Jordan ate a pizza that had been delivered to his hotel room and it gave him food poisoning. No matter the cause of his illness, Jordan didn’t let it stop him: he played 44 minutes, scored 38 points and grabbed seven rebounds in the Bulls win.

Woo: I actually didn’t know Dennis Rodman bailed on practice during the Finals to go wrestle with Stone Cold. Rodman is an icon.

Shapiro: The Last Dance is littered with moments of the hypercompetitive Jordan, from punching Steve Kerr to bullying Scott Burrell. But Sunday provided another window into Jordan’s humanity as he cared for security guard Gus Lett during a battle with cancer. Jordan could be cruel, vindictive and petty. But those in his inner circle knew how loyal he was. The human moments from Jordan were arguably some of the best aspects of ‘The Last Dance.’

Pickman: While Jordan security guard John Michael Wozniak might have stolen the show in Episode 6, Jordan’s relationship with Gus Lett was a touching and unexpected digression in Episode 9. Lett was going through his own fight with cancer during the end of the 1998 season and Jordan’s decision to give the security guard the game ball after the Game 7 victory typified the kind of relationship they had. Diving into those unexpected moments was a highlight of these last two episodes as well as the series at-large. While Jordan certainly kept his grudges—a fact he made known throughout the ten episode series—he also personally impacted countless people in his inner circle than just those that initially meet the public’s eye. 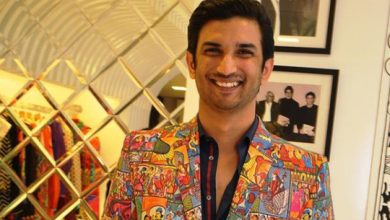 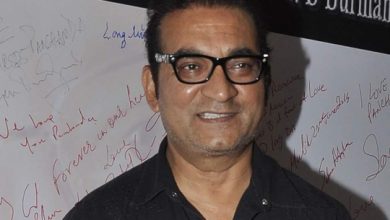 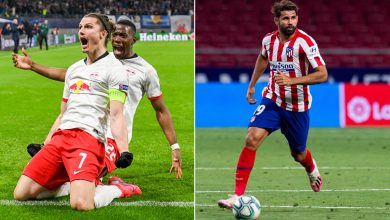 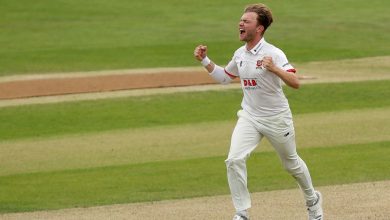 Paresh Rawal surprised to know his son signed a film