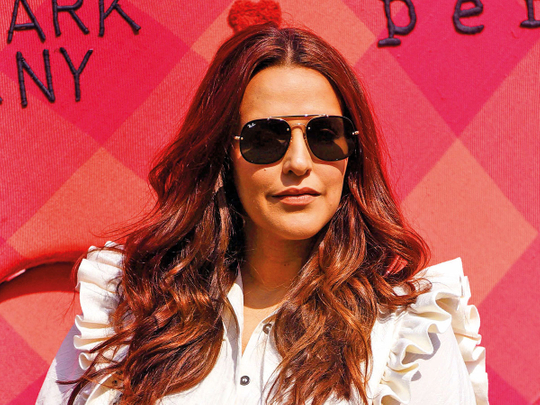 Actress Neha Dhupia feels there are days when trolling doesn’t affect her, but there are also moments when they hit hard. The actress says nobody likes to be trolled for “no fault”, and wake up to “a hurl of insults and personal jabs” at family.

Recently, Dhupia was heavily trolled for her comment that seemed like she was defending a girl for cheating in a relationship, when she reprimanded a male contestant on ‘Roadies’ for slapping a girl who allegedly cheated on him with five other boys. The actress had to release a statement, declaring she has been misinterpreted.

“Nobody likes to be trolled and there is no shying away from the fact that for no fault of yours, you wake up to a hurl of insults and then they not only take you down, but they want to take personal jabs at you on your family when you’re not doing that,” said Dhupia, recalling the trolling incident.

“What I was doing was just taking a stand and everything that I had to say I have put out in my statements so I don’t think that I have anything else to say. Will I always stand against domestic violence? Yes, I will,” she added.

Asked if she gets affected by the trolls, the actress said: “Yes, sometimes you do and sometimes you become so thick-skinned that it doesn’t matter.”

On the work front, she is back as the ‘gang leader’ for the 17th season of the popular adventure reality show ‘MTV Roadies Revolution’.

“‘Roadies’ has taken me to some of the most fabulous places in and around the country. It’s made me meet some very interesting and cool talents that aspires to be on the show. And of course, spending time with all the leaders. My five years have been absolutely splendid,” she said about the show.

The reality show recently held its first virtual audition, in the wake of the COVID-19 lockdown.

Talking about the response, Dhupia said: “The numbers are crazy. It was great to see so many people. I’m not sure if this is a new reality, people using tech and staying indoors and working from home is something which may become close to the new normal, but to say that people will not go back on set is unrealistic.”