Siberia also is among the areas of the world showing the greatest temperature spikes attributed to climate change. This year, the average temperatures since January are running at least 5.4 degrees (3 Celsius) above the long-term average, according to a report released Tuesday by the National Oceanic and Atmospheric Administration.

In a meeting with Russian President Vladimir Putin last month, Russian Natural Resources Minister Dmitry Kobylkin said “this year’s summer [in Russia] may be one of the abnormally hottest in history, or if not the most abnormally” hot.

In Krasnoyarsk, about 2,500 miles east of Moscow, recent fires were 10 times larger than this time last year, he said. Farther to the east, in the Transbaikal Territory, the fires were three times larger.

Wildfires are an annual spring and summer occurrence in Russia — nearly half of the vast country is covered in forest. But last year, the burn zones grew so large that Russian military aircraft were dispatched to battle the blazes in August.

This year, the coronavirus, which has infected more than 260,000 people in Russia and devastated the economy, could further complicate the country’s response.

“We expect that there could be catastrophic fires in Siberia,” said Greenpeace’s Alexey Yaroshenko, adding that the wildfire peak isn’t expected until July or August. “It could be especially bad. We expect that this year will be a hot year, so we will have a lot.”

Sergei Anoprienko, head of the federal forest agency, said during an online news conference Friday that by mid-April, “the number and area of forest fires exceeded the figures of the same period last year.”

At the moment, the fires have been stabilized, Anoprienko said. He pointed to the country’s coronavirus lockdown as partly to blame, saying that some people who were supposed to self-isolating “went out and violated fire safety rules in the forest and adjacent areas.”

This year’s fires appeared right after the snow melted in parts of the Siberian Arctic. London School of Economics geographer Thomas Smith speculated in a Twitter thread that the fires might have been smoldering throughout the winter — what he referred to as “zombies.”

Although the fires were more widespread in April this year, the federal forest agency said that, through May 8, roughly 1.5 million acres across Russia have burned — less than the 1.9 million acres through the same date last year. The agency credited a faster response to the blazes.

Alexander Deyev could smell the telltale burning late last month outside of his home in Irkutsk, a Siberian region along Lake Baikal and just north of the Mongolian border.

He founded a local group to pick berries, mushrooms and herbs from the surrounding forest. He is worried the flames will keep him from collecting precious birch sap — a Russian delicacy — during the one week in the year it can be extracted.

Andrey Borodin, a volunteer firefighter in nearby Buryatia, said the area experienced an increase in grass fires this spring — troubling because those spread faster, he said. The vast majority were caused by people.

“It might be one of the indirect effects of coronavirus,” Borodin said. “Because people are in self-isolation and don’t go to work, they have more time to go out, especially people in the villages near forests and fields. And they can cause fires — maybe with a barbecue or something else.”

Many Russians flocked to their country homes, or dachas, during a six-week national “nonworking” period intended to stunt the coronavirus’s spread.

Another ripple effect of the pandemic: Borodin said volunteer firefighters that would typically go out in groups of seven or eight have been told to work in pairs or trios to follow social distancing guidelines.

There are financial consequences, too.

Alexander Osipov, the governor of the Transbaikal Territory, said that, unlike last year, there would be no compensation to uninsured victims of fires because “due to the coronavirus and the shock of oil prices, the budget revenue of both Russia and the Transbaikal region fell dramatically,” according to Chita.ru.

“This year the situation is very complicated, and we have absolutely no time to deal with fires in addition to the virus,” Osipov said last month.

Andrew Freedman in Washington and Natalia Abbakumova in Moscow contributed to this report. 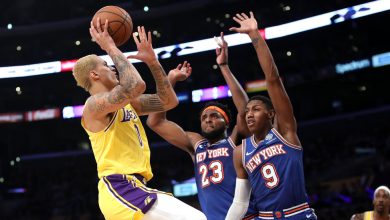 Shut Out of Disney World, Where Do These N.B.A. Teams Go Next? 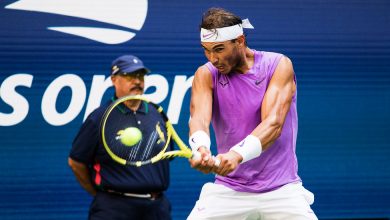 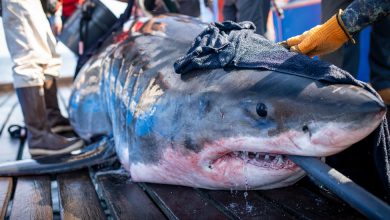 They Wanted You to Bet on Sharks. The Odds Were Not in Their Favor. 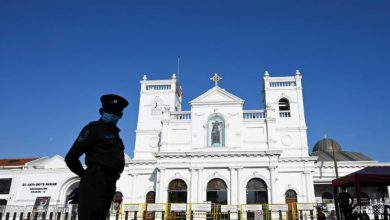