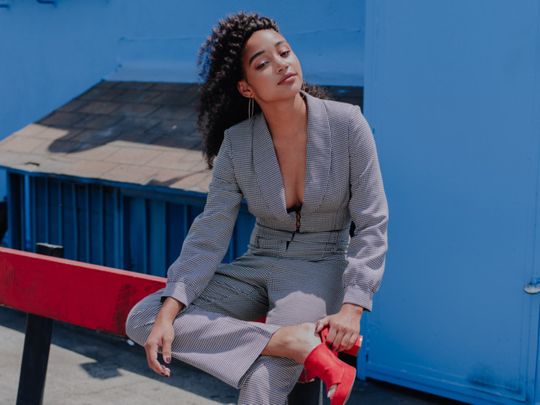 Damien Chazelle, who directed the first two episodes of ‘The Eddy’, a new Netflix series about jazz, wanted to capture the genre’s energy by having the cast improvise. Which is how Amandla Stenberg found herself riffing in front of the camera.

“It definitely was not a piece of cake, but it was a really fantastic challenge,” said Stenberg, 21, who plays Julie. Lately, Stenberg’s moments have been limited to whatever entertainment she can conjure up while sheltering in Los Angeles.

In a phone call, she chatted about the 10 best things — some longtime favourites, others fresh discoveries. These are excerpts from the conversation.

There’s this amazing prologue in ‘Zami: A New Spelling of My Name’ that kind of changed my life. She talks about wanting to be simultaneously a man and a woman, and how she holds these valleys and mountains in her body the way the Earth does. And as I experience more in the world as a queer person, and more with love and romance and life, I find that her words resonate more and more.

This short film follows three ballroom dancers through the streets of New York. It cuts between their quiet moments and their moments of friendship and love. And then it’ll cut to them on the subway, just popping off these incredible vogueing dance moves.

Mandy Harris Williams is an amazing thinker and a really close friend. But I knew her ideas before I knew her. She sets an expectation for those around her to engage in active equity. She encourages us to be constantly evaluating those filters through which we move in the world, particularly when it comes to proximity to whiteness and race. She’s a leader, she’s a teacher, she’s an artist. I think Mandy is going to save the world.

It’s an underwater sculpture garden created off the coast of Grenada by this artist named Jason deCaires Taylor. The one that’s most well known is the circle of children holding hands. When you see images of it, it’s pretty startling.

I had this phenomenal pre-calc teacher in high school, and he played this video because he was talking about the connection between mathematics and music. The dancer’s name is Anne Teresa De Keersmaeker. She’s wearing this beautiful white dress, twirling around in a circle and creating patterns with her feet. Finally you see that she’s created almost this mandala in the sand.

Tierra Whack is one of my favourite rappers. She’s become so distinctive for her cadence and playfulness. But it’s because of that silliness that she’s able to introduce these ideas that are really loaded and heavy and beautiful. There’s this video of her when she’s 15 and she’s freestyling like nobody’s business. Her sense of self is already so defined. I just can’t get over that.

I usually get my hair braided at a salon or by a hair artist. But now that we’re in quarantine, I’ve had to learn how to do it myself. I gave my best friend, who I’ve been quarantining with, a full head of hair. A Kanekalon colour that I discovered recently is ice water, like a lilac-periwinkle. I just really love it. There’s something so special about creating a hairstyle for your homegirl and then seeing the way that she walks around the house different, just like the little sway in her hip.

This is the interview where Maya Angelou says that it’s as if there’s a steel rod running right through black women. Moyers was kind of poking and prodding her, and she was just resolute and radiating throughout the whole thing. She talks about how the black woman is integral to the family unit — how they have raised black families but been at the centre of white family units as well. She also talks about what it feels like to belong everywhere and nowhere, and the price that she has had to pay in order to achieve that sort of freedom.

The song is a spiritual originally performed by Laura Rivers called ‘That’s All Right.’ Then this Swedish artist had an orchestra score it along with her voice. I listen to it every time that I have anxiety or I’m feeling unsure of the future.

I started playing violin when I was in the third grade. I hated going to competitions and seeing kids crying in the corner. This took all the fun out of it, and so I quit. A couple of years later, my dad rediscovered my grandfather’s violin. I don’t think it’s actually a very good violin. I don’t think my grandfather was a fantastic violinist from what I’ve heard. But it’s so important to me, and hopefully I’ll keep it and cherish it and play it for others.

‘The Eddy’ is streaming on Netflix