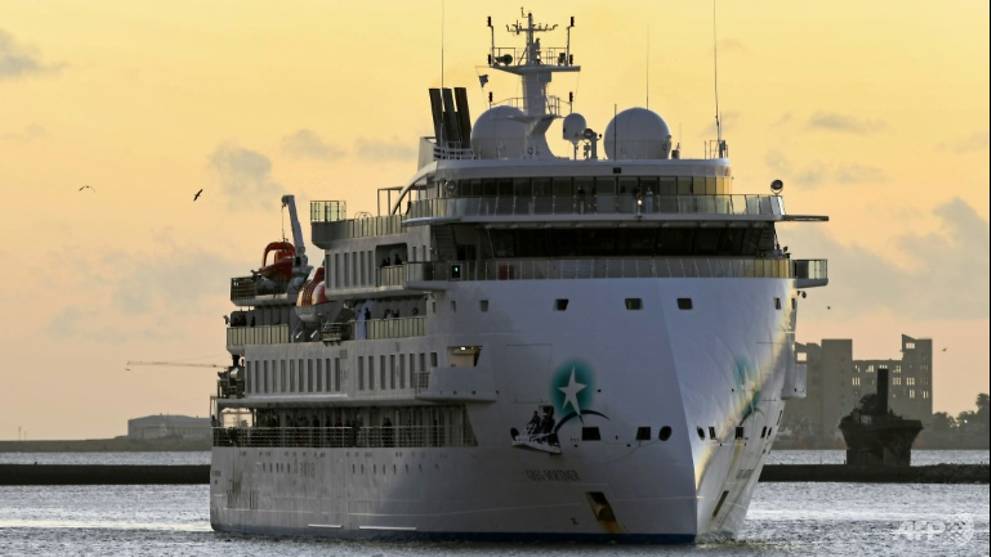 MONTEVIDEO: The crew of coronavirus-hit cruise ship Greg Mortimer – among them dozens ill with COVID-19 – will be allowed to disembark in Uruguay to quarantine in hotels, the government said on Monday (May 11).

The Australian-owned ship was expected to dock in Montevideo at around 3.00pm (1800 GMT), the foreign ministry said.

“We finally decided that Uruguay was going to do what it should,” Foreign Minister Ernesto Talvi told Uruguayan TV at the weekend.

“These people can’t remain on the high seas indefinitely on a ship where the virus is apparently circulating, spreading and re-spreading, because they are not being cured,” the minister said.

The crew has remained on board long after the ship’s passengers – including dozens of Australians – were allowed to disembark in Montevideo and flown home in a protracted mid-April operation.

Two seriously ill crew were hospitalised. One, a Filipino, later died of COVID-19. A Polish shipmate recovered and was later flown home.

Talvi said the 83 remaining crew will be allowed off on Tuesday, including 37 who have tested positive for the coronavirus. They will be bused to a specially-equipped hotel to undergo quarantine. The remainder who have tested negative will be taken to a separate hotel.

They “will have all the sanitary guarantees to comfortably quarantine, isolated in their rooms and given daily medical check-ups,” Talvi said. The hotels will be under guard so that “no-one will be allowed to enter or leave.”

Positive cases who eventually test negative and remain without symptoms for 72 hours can be discharged “either to return to the ship or take a flight home.”

A cleaning company will, meanwhile, be responsible for disinfecting the vessel and a Uruguayan doctor will remain on board with essential crew to keep the ship running.

The cruise ship had been on an expedition to Antarctica, South Georgia and Elephant Island when the tour was called off on Mar 20 due to the nearest South American countries – Argentina and Chile – closing their borders and imposing lockdowns.

The ship eventually anchored off Montevideo on Mar 27 as it was the only port remaining open. However, it was not allowed to dock until Apr 10.