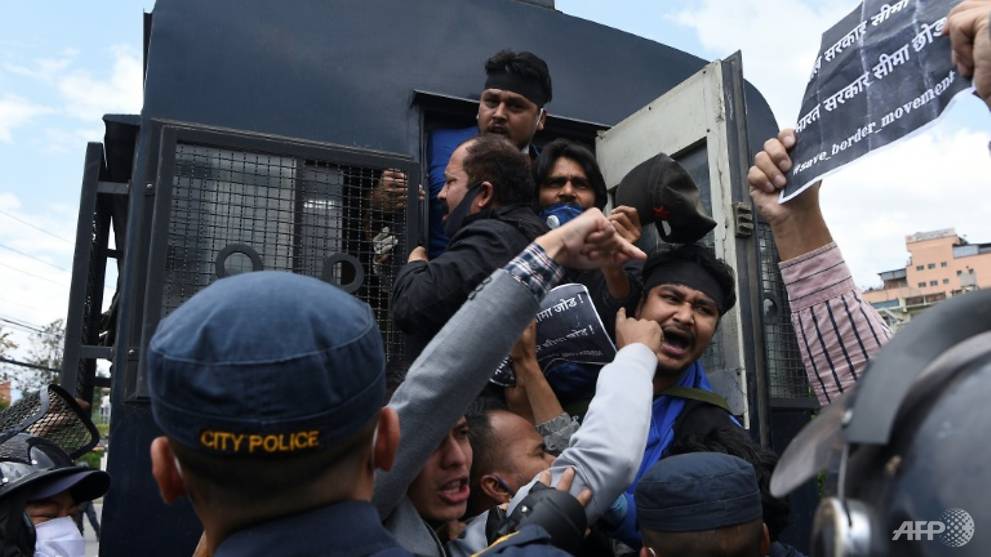 KATHMANDU: Nepal protested India’s inauguration of a new road to China that passes through territory claimed by Kathmandu on Saturday (May 9), with police arresting dozens demonstrating close to India’s embassy.

Indian defence minister Rajnath Singh on Friday inaugurated via video link the 80km road from Ghatiabagarh in northern Uttarakhand state to the Lipu Lekh pass high in the Himalaya.

The pass is claimed by Nepal based on an 1816 treaty that defines its western border with India.

Kathmandu also claims the adjoining and strategic Kalapani as a part of its territory, although Indian troops have been deployed there since New Delhi fought a war with China in 1962.

Last year New Delhi published a new map that showed Kalapani within its borders, a move protested by Kathmandu.

Nepal’s foreign ministry condemned India’s “unilateral act” that “runs against the understanding reached between the two countries … that a solution to boundary issues would be sought through negotiations.”

It called on India “to refrain from carrying out any activity inside” in the territory.

Police said at least 38 people were detained as they gathered outside the Indian embassy in Kathmandu and other areas to protest the inauguration of the road. A nationwide COVID-19 lockdown has been imposed in Nepal.

Nepal protested to India and China in 2015 when the two countries issued a joint statement listing the Lipu Lekh pass as a bilateral trade route.

The hashtag #backoffindia was trending on Twitter in Nepal Saturday. The same hashtag gained widespread traction in 2015, when landlocked Nepal accused its giant southern neighbour of imposing a border blockade as the country recovered from two devastating earthquakes.

“Both sides have admitted the territory is disputed … But the unilateral and forceful move from India amid the talks has dashed friendly relation between the two neighbours,” he said.