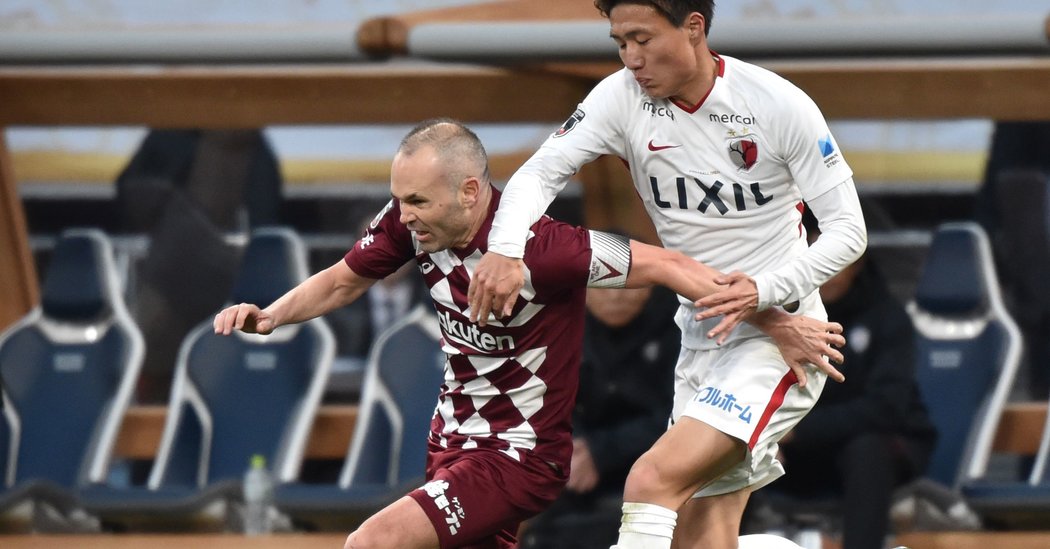 From 6,500 miles away, Andrés Iniesta has been contemplating his return. He doesn’t know when it will be, or under what circumstances, but he is sure he wants to go back to F.C. Barcelona.

The club he hopes to rejoin will not be the same. Something has changed. It’s not about the coronavirus, which, it is true, has changed everything, including La Liga, which was suspended indefinitely in mid-March. The team was still a winner, but in a different way. Victories were being ground out, the soccer no longer felt otherworldly, the players on the field looking like what they are: talented men plucked from around the globe to forge a winning team.

That team is leading the championship race again, but its superiority belies a turbulent, graceless campaign that featured five defeats before the coronavirus brought the season to a halt. Off the field, things are even worse, with the soccer stoppage bringing renewed focus on boardroom plotting and rancor.

In a far foreign land, Iniesta, who is seeing out the end of his career in Japan with Vissel Kobe, has kept up with the ugliness and the sense of crisis that has seized a club that not so long ago was admired across sports.

And then, last month, six board members resigned, calling for the ouster of the current president, Josep Maria Bartomeu, amid accusations of mismanagement, while its vice president, Emili Rousaud, among the officials to leave, has made corruption accusations. That followed claims that the club had hired a public relations company to smear opponents of Bartomeu on social media, and even to criticize some of its own players, including Messi.

The bitterness is all the more striking given the way the club has forged an image of being something different, an institution that is a living monument to higher ideals, one that revolves around its “mes que un club” or “more than a club” motto.

Letting out a loud sigh, Iniesta, now approaching 36 and graying, said the prolonged infighting was threatening to diminish the team’s reputation and hurt the team on the field.

“It makes me mad when the things that are spoken about are not purely football,” he said in a recent interview from the Japanese apartment he shares with his wife and four children. “Of course, it bothers me that people talk about matters that are not football because it’s harmful. Normally, when matters come up that aren’t football, those situations don’t often end well.”

Barcelona has denied the accusations against it as “grave and unfounded” and denied “any action that could be described as corruption.”

Rafa Cabeleira, a columnist for El País, a Spanish daily, who writes regularly on Barcelona, said the philosophy of the team’s being more than a club — an idea dating to a time when the club stood as a bulwark of resistance against the Spanish dictatorship — had largely been reduced to a commercial slogan as boardroom machinations have become increasingly opaque.

According to its constitution, the club must hold elections to replace Bartomeu by June 2021. His opponents, including Rousaud, the ousted vice president, want them to take place sooner than that, believing it is urgent that the club be overhauled.

While Iniesta did not state a preference, he hinted for a change to be made sooner rather than later. “Undoubtedly, situations that take place off the pitch can harm the club,” he said.

Messi, in his role as club captain, called out the club twice this season: first, after the team’s sporting director appeared to blame players for Coach Ernesto Valverde’s dismissal, and then for what he perceived as attempts to sully the players’ reputations during discussions on wage cuts after the virus led to the suspension of play.

The uncertainty around the club has led to speculation about the return of former players to leadership positions. There was a doomed effort to bring back Iniesta’s longtime midfield partner, Xavi Hernández, to replace Valverde as coach in January. In the end, the team was forced to turn to Quique Setién, who expressed astonishment at being handed the reins.

Last year, Xavi gave his backing to Victor Font, a prospective candidate for the presidency, who has been critical of how Bartomeu has run the club.

While Iniesta remains unsure of exactly how and under what circumstances he and his former teammates will be back at the club, it seems inconceivable to him that the story arc that turned some hopeful children into linchpins for one of history’s best soccer teams will not include a final, postcareer chapter with them working together again, and perhaps rescuing Barcelona from its current mess.

Iniesta quickly name-checked a half-dozen former teammates before saying it would be “very hard to imagine yourself separated” from the club. “It remains to be seen the capacity that each one of us has to return or not, and in what capacity,” he said. “We’ll see about that. I would love to return to Barça.”

For those who follow the club closely, it appears inevitable that several former stars will return eventually. For instance, Cabeleira, the columnist, is convinced that Gerard Piqué, who remains the cornerstone of the team’s defense, will be a candidate for Barcelona’s presidency and that Xavi and Puyol are likely to return, too — Xavi as a coach and Puyol as his sporting director. As for Iniesta, his return can only be possible once he extinguishes his desire to keep playing, to keep dazzling crowds with his dancer-like movements and his Velcro-like control of the ball.

For now, and with the benefit of time and distance, the midfielder is able to reflect on the glory-filled years back at Camp Nou in a way he had never been able to. He has come to the realization that the way he and a team made up mostly of pals from the club’s academy conquered the soccer world was an aberration, a combination of luck and design that is unlikely to be repeated.

“With the passage of time, you realize that,” Iniesta said.

Iniesta, who moved to La Masia, the team’s fabled youth academy, as a teary-eyed child from Asturias, lights up when he speaks of those years playing with the likes of Sergio Busquets, Xavi, Piqué and, of course, Messi.

It would not be much of a stretch to say that group, guided by Coach Pep Guardiola, who joined the same youth system as a starry-eyed hopeful a generation earlier, changed soccer, winning with a style that was pleasing to the eye. By the time Iniesta left, he had collected nine league titles and four Champions League winner’s medals. (He also scored Spain’s winning goal in the 2010 World Cup final.)

Normality, for now, is in short supply at Camp Nou.