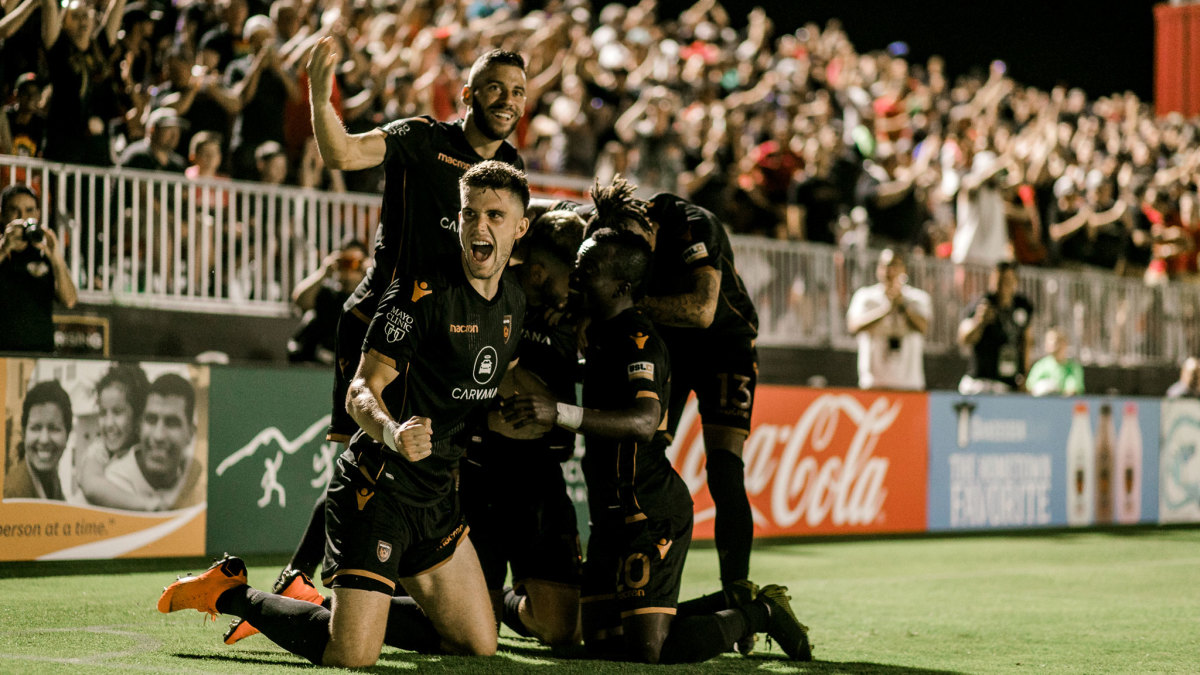 The USL Championship is unlike just about any other second-tier league on the planet.

It’s enormous, at 35 clubs this year. More are on the way. It has teams in 25 markets of more than a million people, and in 18 of the top 50 media markets in the USA. It’s building new stadiums. It has a national TV deal. And unlike almost every other second-tier league in the world, its clubs can’t earn promotion to the first division on the field. For independent USL clubs, the only way in to MLS is to buy a $300 million ticket. The Championship is a second division by sanction only.

For all those reasons, the USL believes Championship teams should be granted an opportunity that would be unique, and probably historic, among soccer’s second tiers—direct entry into continental competition.

Starting last spring, the USL confirmed, the organization has been lobbying Concacaf for a spot in the Concacaf League, the fall qualifying tournament that sends teams to the subsequent spring’s Champions League. USL representatives met with Concacaf at the confederation’s Miami headquarters in spring 2019, and then again last summer. They left without a CCL invitation, but under the impression that the door wasn’t shut and that conversations would continue. When reached by Sports Illustrated, Concacaf confirmed the conversations took place.

“We would love to participate in the CCL. It’s an ambition of ours and a tremendous tournament that Concacaf deserves a lot of credit for. We also believe it would be even more compelling and relevant in the United States if there was a pathway for independent Championship clubs,” USL president Jake Edwards said in a statement provided by the USL. “There are a lot of USL communities across the United States who would be thrilled to participate, and who provide electric atmospheres and competition that we think could invigorate the tournament in a really impactful way.”

Concacaf has demonstrated that it isn’t beholden to any particular club competition format or access list. The CCL and its qualifying mechanisms have changed multiple times in recent years, and they’re due to change again. This week, Concacaf president Victor Montagliani said an “expanded Champions League” was around the corner, with “more teams from the two major leagues and obviously from Central America and the Caribbean as well.”

Changes are likely after 2022. Does that mean the end of the Concacaf League qualifier? Or does it imply that some clubs currently contesting the qualifier (including all Central American teams) would be granted automatic entry into an enlarged Champions League, thereby opening up Concacaf League berths? Montagliani didn’t say. But if some sort of qualifying process persists, the USL will seek to be included. Only independent clubs—no MLS 2 teams—would be eligible.

The argument against inclusion is clear. Second-tier leagues don’t get continental tournament bids anywhere, ever, and according to U.S. Soccer Federation sanctioning, the USL Championship is a second-tier league. Further, USL teams already have a route into Concacaf play—the U.S. Open Cup. Win the Cup, and you’re in CCL. It’s understood that this was Concacaf’s initial response to the USL.

But as stated, the USL isn’t a normal second-tier league. It’s the third-biggest league in the region in terms of potential audience and market value. It dwarfs the Caribbean circuits, most Central American competitions and even the Canadian Premier League, whose teams are “below” MLS and whose champion gets a Concacaf League spot (the CPL does have domestic first-division sanctioning). And, as stated, USL teams don’t have first-division access. It has also already made an imprint on Concacaf, sending more than two dozen players to the 2019 Gold Cup.

Concacaf may see the USL’s effort as an attempt to upset the natural order of things, or as an opportunity to reach new fans and markets. It’s a unique conundrum—one that only this unique soccer market could create.