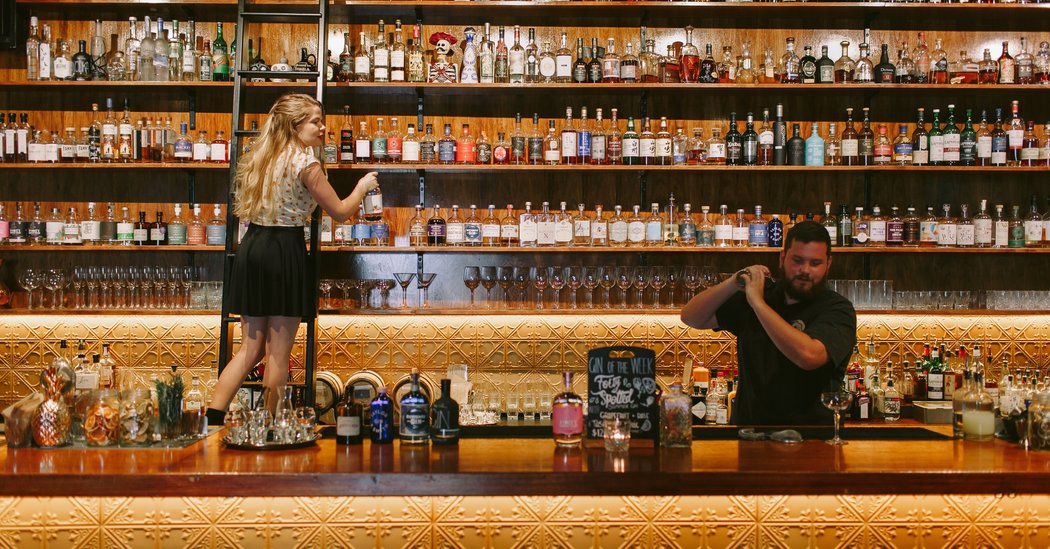 A couple of decades ago, I took the long trip from New York to Queensland to visit my family for Christmas. My birthday falls in early January, and I told my brother that I’d like to go out for some cocktails to celebrate. He looked perplexed — there weren’t many cocktails to be found in Queensland back then.

We located a bar modeled on some kind of idea of New York. When I pushed my way to the counter through the beer-drinking throng and asked about cocktails, the bartender looked at me blankly. I ordered a gin and tonic. It came in a plastic cup with no ice.

If I were to order a gin and tonic at today’s equivalent of that New York-themed bar in Queensland, I likely would be given my choice of gins, many of them distilled in Australia. The drink would be made with care and high quality tonic. And if you asked your gin-obsessed bartender who is responsible for this change in drinking culture in Australia, they almost certainly would credit Vernon Chalker.

In 1997, Vernon opened a bar called Gin Palace in a Melbourne laneway. Gin Palace was a serious cocktail bar that was seen as radical for its dedication to gin in the era of vodka, and in a country devoted to beer and wine. The lighting was dim, the seating was plush and the drinks were fantastic. It is still one of Melbourne’s best bars.

Vernon died this week. He was 55. A cause of death has not been released.

When Gin Palace opened in 1997 on one of Melbourne’s disused laneways, there was no independent bar scene in the city to speak of and no one drank gin. Chalker — flamboyant, mercurial and visionary — changed that. He went on to open more bars and lead a revolution in Melbourne nightlife. Vernon had the energy of a man half his age and an insatiable appetite and capacity for fun and adventure.

Beyond the influence of Gin Palace as a model for the modern Australian cocktail bar, Vernon was responsible for hiring and training many of the people who went on to lead our current drinking renaissance as bar owners, distillers, designers, restaurateurs, brand ambassadors for major drinks companies, and more.

Kate Hoskins, a friend and former employee of Vernon’s who now works for the Adelaide Hills Distillery, told me: “In truth you could probably look to all corners of the globe, in all of the arts, and find people who have worked for Vernon. He had a knack for bringing certain kinds of people together.”

Fancy cocktails and fancy cocktail bars are easy to dismiss as overpriced folly for wealthy dandies, and there are times when even I — a journalist who has spent her entire career covering food and drink — question the validity and importance of expending so much energy on the pursuit of ingestible pleasure. That is especially true right now, when the world seems to be crumbling around us.

But even in times like these, pleasure is important. People like Vernon helped to make our cities more fun, more attractive to international tourists, more recognized on the global stage. And he helped to turn what was once considered a menial job — bartending — into a respectable (and even celebrated) career for thousands and thousands of Australian workers.

Do you have a favorite Australian cocktail or distillery? Let us know at nytaustralia@nytimes.com.

Two weeks ago, we wrote about gratitude for the relative safety of Australia, and asked about your feelings of gratitude during this time. Here’s one reader’s response:

There’s times in the past year I have not felt gratitude for being Australian — political obstinacy that prevent any sensible discussion of the underlying causes of our devastating summer of bushfires being prominent.

But I am grateful that putting aside that moral blind spot, I live in a country able to navigate the current pandemic crisis by mediating sensibly between collective responsibility and personal liberty.

I am grateful that Australians have elected politicians who are able to listen to experts and act on evidence.

And finally I am grateful that Australians are able to express their disagreements about how we handle to lockdown and societal choices other than by taking semiautomatic weapons into the streets.