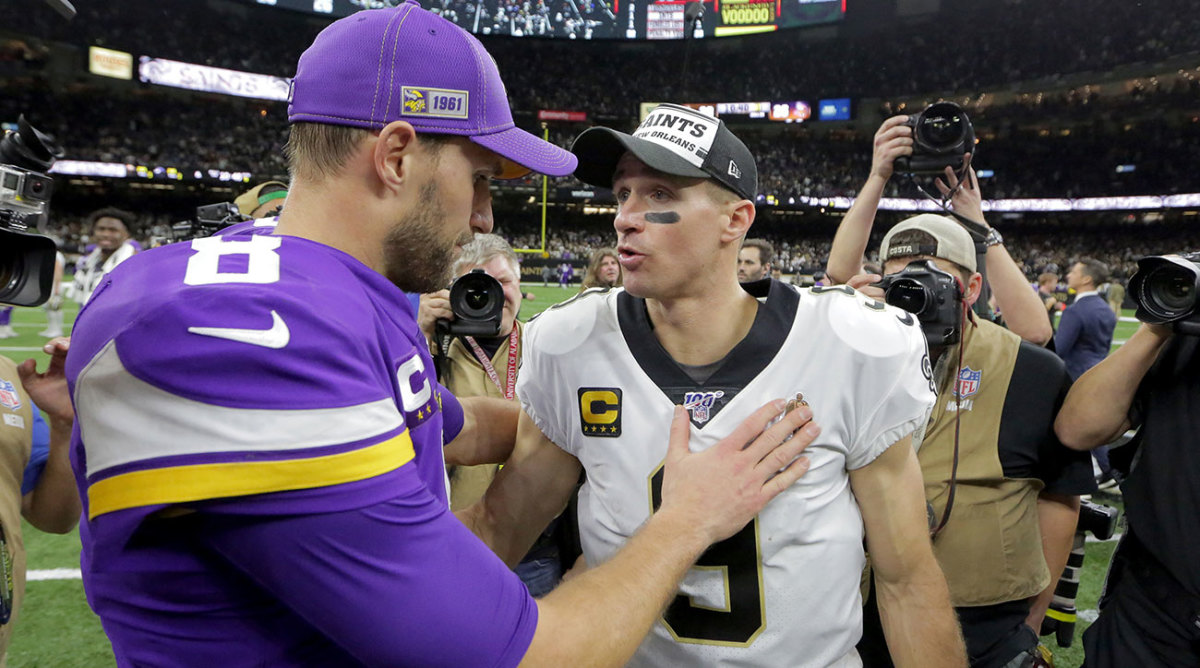 Whether or not the games will actually happen as scheduled, the NFL went ahead with its schedule release extravaganza on Thursday, tightening the league’s grip on the belief that football will occur amid the COVID-19 pandemic on time and in the presence of fans.

Interestingly enough, the NFL did not stack non-conference or non-divisional games at the beginning of the season, thus making them easier to cancel without seriously affecting a team’s playoff calculus. So it goes.

So for the moment let’s analyze the schedule that was presented to us, assuming it will proceed by design. Should we live in a world four months from now where testing, care and management are far different, here are the matchups we’ll most be looking forward to …

A rare Christmas Day matchup (on a Friday!), which means most of us will miss it whilst jamming together seemingly unmatchable plastic ends of various toys. Still, I’m beginning to like what has become a yearly end-of-season Sean Payton rage fest as one supremely talented team after another falls just short of the big game. The Vikings’ victory last year in the playoffs (called by yours truly) has undoubtedly put them atop Payton’s ever-expanding list of enemies. Regardless of what kind of position both of these teams are in (are you ready for Sean Mannion vs. Jameis Winston!?!?!) this will be worth emerging from an eggnog hangover for.

The (likely) debut of Jarrett Stidham under center comes at home. The positive about having Bill Belichick as a head coach is that he’ll likely extinguish any superfluous, anecdotal talk about replacing Tom Brady in house. That will not stop the entire Western world from framing it that way, however. The Matt Cassel season and Deflategate suspension aside, this is the first glimpse at a new life for one of the greatest dynasties in the history of sports. The enjoyable thing about Belichick in particular is how his teams have been both multifaceted and tailor fit to the personnel. What will that look like with a new quarterback?

To be honest, it’s surprising that the NFL is not milking more out of this; a late afternoon national game is one thing, but why not play up one of the last universally appealing faux quarterback rivalries they can drum up generic interest in and put the thing in prime time? To be clear: Deshaun Watson, Patrick Mahomes, Lamar Jackson, Russell Wilson and others will eventually layer into these spots, but Brady and Brees are on a different level in terms of widespread appeal—the kind of game that draws in those who only have a cursory, non-fantasy football related interest in the sport.

The Jason Garrett Bowl! Had this been a prototypical NFL offseason, I think we would have spent so much more time talking about how Garrett, who struggled to innovate during his years as the Cowboys’ play-caller and head coach (before wisely handing the reins to Kellen Moore) is now piloting another offense within the division. Dallas hopes that Mike McCarthy has evolved. The Giants hope Garrett does the same. Will this end up being a laser show, or a middling, 19-16 affair that Joe Buck will need to carry us through? The suspense is killing me!

Why is this game on my radar, you ask? I think it’s a pivotal one in the Adam Gase tenure. The Jets’ schedule is awful for a coach who is trying to stabilize a franchise and win over an uncertain fan base. They open with a road game against the division runner-up Bills and then head back to New Jersey for the home opener against the defending NFC champions. I think it would be fascinating to see how diligent the franchise is in standing behind Gase if the Jets start 0-2 heading into another challenging road game against Philip Rivers and the Colts in Week 3.

I’ve spent the entire offseason watching John Elway and the Broncos go all-in on Drew Lock and I am ready to see an offseason’s worth of progress on the first Monday night of the season. Consider me wildly skeptical given that Rich Scangarello was a good offensive coordinator who was puzzlingly replaced at the end of the season by Pat Shurmur. This is a great test for Lock as well, with a punishing Titans defense coming to town complemented by a brutal, clock-milking running game. Lock will have to make the most of precious few opportunities.

I could have tapped an earlier Joe Burrow start to put on my radar, but I’m far more interested in where this Bengals team ends up in late December. This will be a much-improved Steelers team likely vying for a playoff spot and a big stage for Burrow (surprisingly one of only two prime time starts for the No. 1 overall pick). Zac Taylor isn’t going anywhere. The Marvin Lewis regime was given a long runway and Taylor will be too, so tracking the progress of the offense to this point will be a worthwhile exercise.

This is the Chargers’ first game post-bye, which is typically a pivot point for any team still dragging their feet on a top-10 pick at quarterback. I believe that Anthony Lynn likes Tyrod Taylor and it wouldn’t be surprising to see Taylor carry the Chargers out of the gate given the uncertainty of this offseason. I also believe that Taylor is good enough to win some games and keep the job. That said, any season that isn’t destined for the playoffs will have to end with a glimpse of the future, and this is as good a time as any to do so.

Every year a team emerges from the abyss and ends up commanding far more prime time opportunities than they were given out of the gate. I think that team might be the Arizona Cardinals, who play their first national game in mid-October against the Cowboys in Dallas. The Kyler Murray-DeAndre Hopkins relationship will have had six weeks to develop and defensive coordinator Vance Joseph will have had some time to work with Isaiah Simmons and build him out into the player we all loved watching at Clemson.

We could pick a quarter of the Chiefs’ schedule given that they’ll be appointment viewing all season long, but this takes care of two converging storylines we’ll be watching closely. The evolution of the Ravens’ offense with Lamar Jackson will collide with the defending Super Bowl champions in a matchup that many believed would be the AFC title game in 2020. Their Week 3 game in 2019 was a joy to rewatch this offseason; nearly 1,000 yards of total offense, almost 60 first downs, a 23-point second quarter from the Chiefs. Expect us to be looking forward to Jackson-Mahomes for years to come.

Raiders-Patriots, Sept. 27: A good bellwether game for Jon Gruden and the Raiders to see if they’re at the level where they can beat a Brady-less Pats team

Seahawks-49ers, Jan. 3: What are the chances this ends up being vitally important like it was a year ago?

Eagles-Cowboys, Dec. 27: Their second matchup gives us a full statistical picture of how CeeDee Lamb and Jalen Reagor stack up against one another

Chiefs-Texans, Sept. 10: Again, we could include plenty of Chiefs games. But if the season actually starts on time, that’s worth looking forward to.