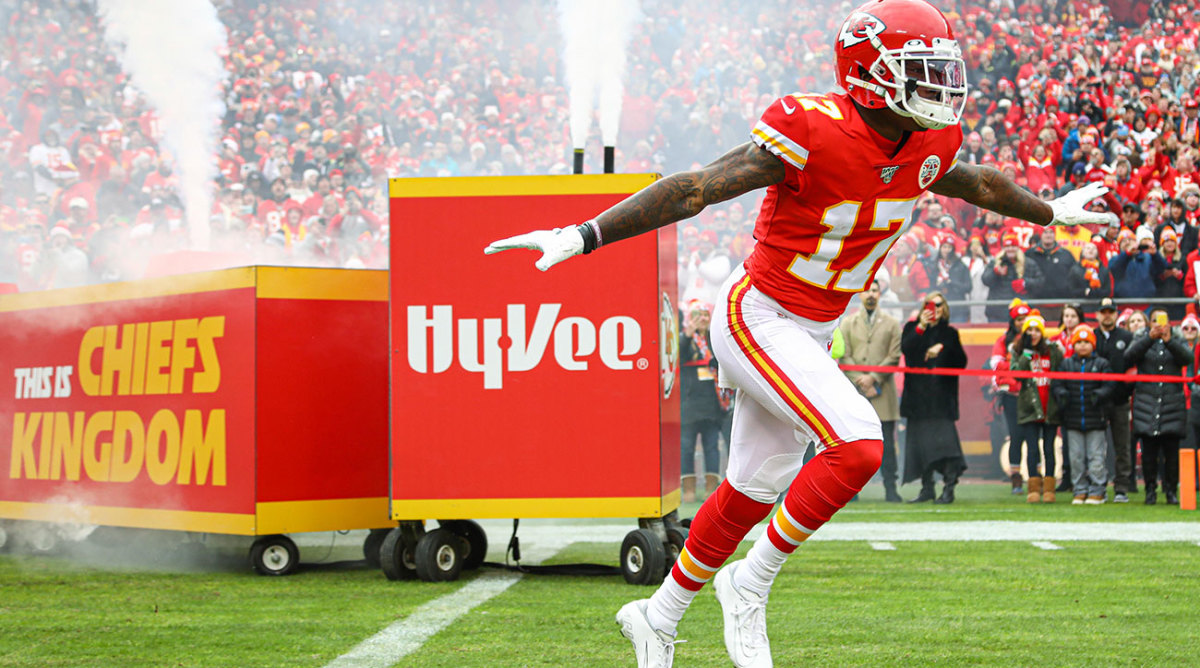 The NFL has operated this offseason as if the 2020 season would be played on schedule, as usual: First with free agency, then with the draft and now with the schedule release.

Though the league had previously canceled this year’s International Series games, the remaining 2020 schedule did not contain some of the obvious trap doors some expected, such as a block of non-conference games, and also does not reflect concern that there will be a disruption to stadium construction due to the COVID-19 pandemic. SoFi Stadium, the new home of the Rams and Chargers that is still under construction, will host home games Weeks 1 through 4. The Raiders are scheduled to host the Saints Week 2 on Monday Night Football in the still-under-construction Allegiant Stadium.

Nor does the schedule appear to reflect regional differences or concerns: While a Santa Clara County official said earlier this month he did not think we’d have any sports games until Thanksgiving, the 49ers were given a Sept. 13 home opener at Santa Clara’s Levi’s Stadium. New York has been an epicenter for the outbreak in the U.S., but MetLife Stadium will host games in Weeks 1 through 5.

In a letter sent to clubs on Wednesday, on the eve of the NFL’s annual schedule release, commissioner Roger Goodell said the league would “continue to work in a deliberate and thoughtful way to plan for the 2020 season,” adding that it would be “prepared to address any contingencies as they arise.” The NFL has been intent not to discuss or truly acknowledge these contingencies, though—Goodell’s letter instructed teams that “uninformed commentary” speculating on such “serves no constructive purpose”—and so of course they obscured them to the point that some team officials were unaware any existed.

But they are there, albeit subtly. ESPN’s Adam Schefter reported that if a delay to the start of the season is necessary, the schedule was constructed to allow for the early weeks of the season to be tacked on after Week 17, thus pushing back the playoffs and the Super Bowl. There are marquee matchups sprinkled throughout the season that would add drama to any week that was suddenly to become opening week. The Chiefs are scheduled to open against the Texans, an exciting playoffs rematch, but also play the Ravens in Week 3. Tom Brady’s Bucs play Aaron Rodgers’s Packers Week 6, plus the GOAT’s two divisional games against Drew Brees are neatly spaced in Week 1 and Week 9, the latter slated for Sunday Night Football.

There are also some even subtler trap doors that seem to create flexibility for how postponed games could be added back on. Here are the ones that have been spotted: 1) Each team shares the same bye week as its Week 2 opponent; 2) there are no division games scheduled for Weeks 3 and 4; and 3) instead of bye weeks being spread between weeks 4 and 12, they are contained between 5 and 11 this year. If there was a delayed start to the season, and opening week fell during a team’s bye week, that team could in theory slot in its Week 2 opponent instead.

The NFL’s mindset has been that until it is told otherwise, it will operate as if it’s having a normal regular season. The reason was included in Goodell’s memo, when he wrote that talking openly about contingencies “confuses our fans and business partners.” Accordingly, the NFL released a schedule that, for the most part, looked like it usually does.