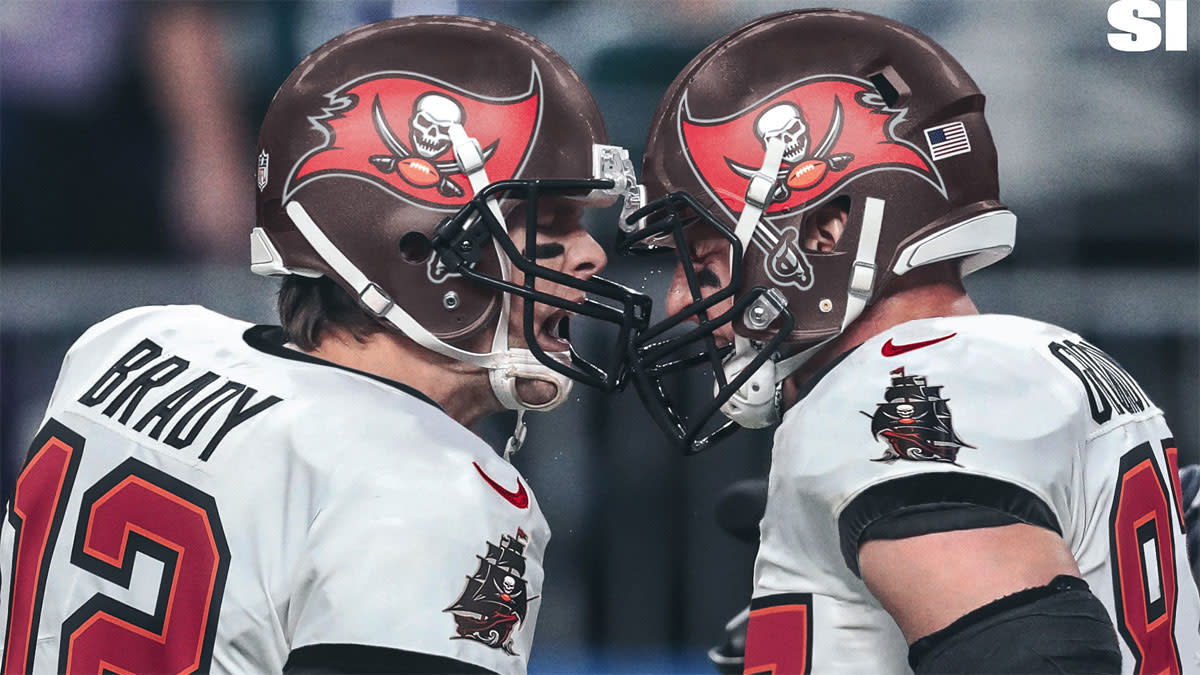 1. Random thoughts on the NFL 2020 schedule (if we actually get a regular, normal, full season).

• The most fascinating aspect of the schedule was to see how many times the NFL was gonna throw Tom Brady, Rob Gronkowski and the Tampa Bay Bucs in primetime

My guess is that FOX and CBS fought hard to keep the Bucs on Sundays as much as possible so the networks could slot them in the 4:25 p.m. ET slot, which generates more viewers than any other game. More on this later.

• With Tampa Bay getting five primetime games, it was a little surprising to see Las Vegas get four. The Raiders have name recognition, but they’re not a good team. I know the appeal of Vegas is a factor here, but if there aren’t any fans in the stands, that angle goes out the window. Four primetime Raiders games is a bit much.

• Best surprise by far on the schedule was the NFL giving us a 4:30 pm ET game on Christmas Day. The Vikings visit the Saints in a game that will air on FOX, NFL Network and Amazon Prime. This is the perfect time for a Christmas Day game and I couldn’t be more pumped up for this one.

• Thanksgiving is a huge blah. Yes, we’ll see DeShaun Watson and J.J. Watt, but Texans-Lions has no appeal at all. The second game, Cowboys-Redskins is a division rivalry battle, but everyone expects Washington to have a long season (its over/under win total is 5.5), so this could get ugly. Thanksgiving night with the Steelers visiting the Ravens is solid.

• ESPN’s MNF schedule a B. This is a huge improvement from recent seasons. They get one of the best games of the year in Week 3 with Lamar Jackson and Patrick Mahomes facing off, two Bucs games and a Cowboys game, which is always a ratings winner. The middle of their schedule is just eh, and the last three weeks of divisional battles (Ravens-Browns, Steelers-Bengals, Bills-Patriots) could go either way in terms of importance.

• NFL Network/FOX Thursday Night Football gets a C+. It seems the improved MNF schedule hurt TNF. Bucs and Cowboys are only featured once each. Dolphins-Jaguars and Broncos-Jets back-to-back is rough. And a Week 15 Chargers-Raiders game is just bad.

• FOX has to be beyond ecstatic with getting Bucs at Saints in Week 1. Tom Brady’s first game with Tampa Bay was going to be a hit, no matter of the opponent. But the fact that the Bucs will face an offensive machine to set up what should be a wild shootout is hitting the jackpot.

• The primetime schedules always get the most attention, but remember one thing: The Sunday 4:25 p.m. ET national game on either CBS or FOX is now the money game. That’s the game that normally generates the largest viewership and Jim Nantz made sure to taunt Al Michaels about this last night in a very cool segment that aired on the NFL Network in which Rich Eisen interviewed the three lead play-by-play men: Nantz, Michaels and Joe Buck.

2. The streak comes to an end Week 1. The Saints have opened as 4.5-point favorites over the Bucs.

3. Really good stuff here by WWE superstar Roman Reigns, who talked about how his battle with Leukemia has affected him during the current coronavirus crisis and why he’s taking a break.

4. ESPN needs to use this video at the start of every episode that’s left of The Last Dance.

6. The latest SI Media Podcast features an interview with play-by-play man Ian Eagle. Eagle discusses what it’s like to have a new analyst on NFL games with Charles Davis jumping from Fox to CBS and what his role is to make Davis comfortable. Eagle also shares funny stories about doing Zooms with Bill Raftery and being a producer for Mike and the Mad Dog years ago. We also discussed The Last Dance, and Eagle shares some great analysis on the differences among Michael Jordan, Kobe Bryant and LeBron James.

6. RANDOM YOUTUBE VIDEO OF THE DAY: In honor of Mother’s Day this Sunday, here is an amazing video from 1985 in which WWF stars held a Mothers’ Day party during an episode of Saturday’s Main Event.

7. SPORTS HIGHLIGHT OF THE DAY: Old-school MLB brawls were the best.