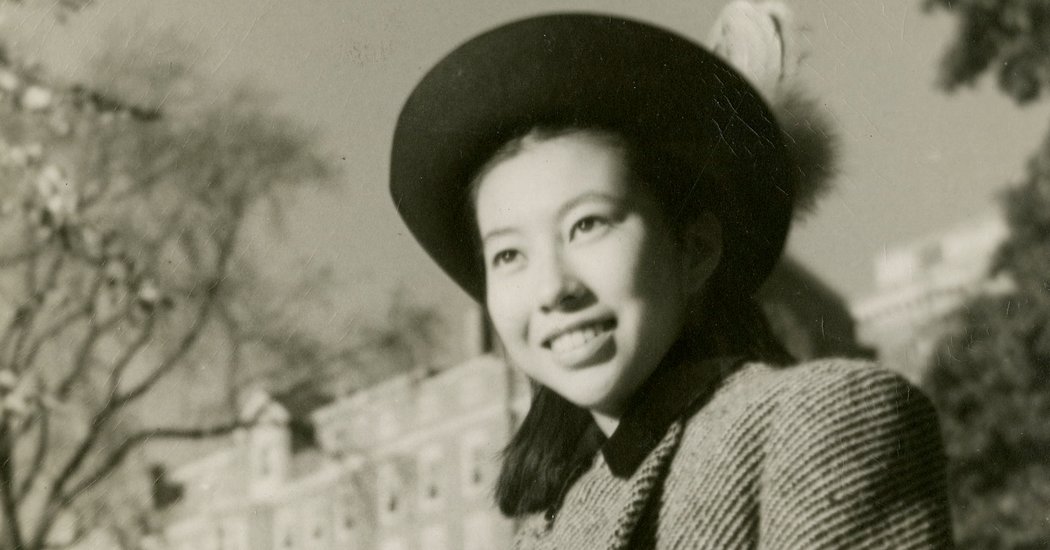 Motoko Fujishiro Huthwaite, part of a team of 345 people from 14 countries — collectively known as the Monuments Men and Monuments Women — who preserved cultural treasures and artworks during and after World War II, died on Monday in Taylor, Mich., outside Detroit. She was 92.

Robert M. Edsel, founder and chairman of the Monuments Men Foundation, said the cause was complications of the coronavirus. She died in a rehabilitation center.

They were immortalized in a 2014 movie, “The Monuments Men,” directed by George Clooney and starring him and Matt Damon. The movie was based on the 2009 book of the same title by Mr. Edsel and Bret Witter. Mr. Edsel is now writing a book on the Monuments Women.

During the war, a small, special force of American and British art historians, museum directors, curators and others started out steering Allied bombers away from cultural targets in Europe and overseeing temporary repairs when damage occurred. Their numbers grew, and after the war they tracked down more than four million objects stolen by Nazi Germany and returned them to the countries from which they came.

In the Pacific theater, their mission was chiefly to assess the damage to cultural treasures, prevent looting and return stolen objects. In the course of their work they came across many works of art that no one from the West had ever seen. This required a tremendous amount of inventorying and record keeping.

That was where Ms. Huthwaite came in.

When the war was over, a family friend, Langdon Warner — said to be a model for Indiana Jones — became an adviser to the Monuments Men in the Pacific. He encouraged Ms. Huthwaite, who had been sent back to Japan after the Japanese bombed Pearl Harbor, to apply for a job. As an American who spoke both English and Japanese, and who was vouched for by Mr. Warner, she was hired as a clerk-typist and became a valuable asset.

In 2015, Congress presented the Monuments Men and Women with the Congressional Gold Medal. Four of the six then-surviving members attended, including Ms. Huthwaite.

Motoko Fujishiro was born on Aug. 24, 1927, in Boston to Japanese immigrant parents. Her father, Shinji Fujishiro, was a professor of dentistry at Harvard; her mother, Yasuko (Matsudaira) Fujishiro, was a homemaker.

After the Japanese bombed Pearl Harbor in 1941, Motoko, who was 14 at the time, and her mother and brother, Katakazu, were relocated to Japan as part of an exchange of nationals while their father stayed behind to continue to teach and practice dentistry.

The F.B.I. later arrested him as an enemy alien and sent him to an alien detention center in Montana. After a year, he, too, was sent back to Japan.

The family, settled in Tokyo, survived the American firebombing of that city. But by then Mr. Fujishiro was a broken man, Mr. Edsel said. Ms. Huthwaite told him that when air raid sirens would go off, her father would sit and stare out the window while the rest of the family ran to a shelter. They were in Tokyo when the United States dropped atomic bombs on Hiroshima and Nagasaki. Mr. Fujishiro died shortly after the war.

With her Monuments work over, Ms. Huthwaite, achieving a childhood dream, was accepted to Radcliffe College in Cambridge, Mass., in 1948. After graduating in 1952 with a major in English, she returned to Japan, where her mother was still living.

Finally, in 1955, she was able to start the career she had always wanted, as a teacher. She taught at the American School in Japan for nearly 10 years before she and her mother moved to South Carolina, where her brother had settled.

She earned her master’s degree in education from the University of South Carolina in 1967 and her doctorate in elementary curriculum and instruction in 1974 at Wayne State University in Michigan. She stayed in Michigan and continued teaching.

“I spent 30 years of my life as a teacher,” she told Mr. Edsel. “Elementary, high school, college, and grad school. I liked 4th grade the best.”

She married William Ernest Cecil Huthwaite, a U.S. Naval officer during World War II, in 1971. He died in 1997. In addition to her brother, she is survived by five stepchildren.

In her later years Ms. Huthwaite became a member of the “Raging Grannies,” a group of women who demonstrated for peace and social justice causes. They wore outlandish attire and sang songs. Ms. Huthwaite made her mark writing protest songs set to popular tunes.

She told Mr. Edsel that after the war, when the Americans occupied Japan, she had to choose whether to become a Japanese citizen or have her American citizenship reinstated.

As she pondered her choice, she looked at her family tree, and what she saw persuaded her to remain an American.

“All the girls had no names,” she said. “‘Child girl, child girl.’ Girls would not keep their name. We girls just didn’t count. Nameless. In Japan, it was only the men that counted.”