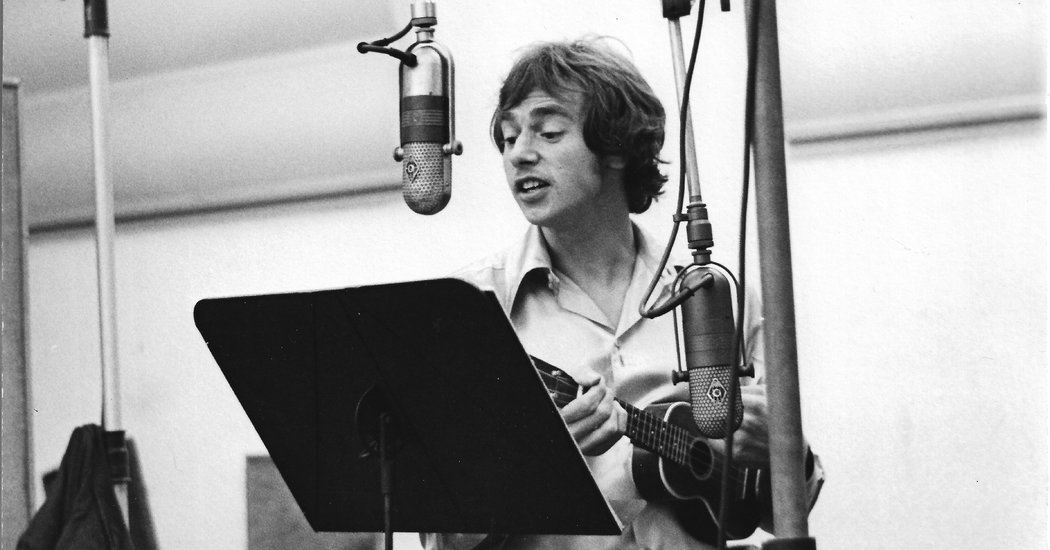 Ian Whitcomb, who had a rock ’n’ roll hit in 1965 with “You Turn Me On” before becoming a celebrated historian and performer of forms of popular music that peaked decades before rock, died on April 19 in Pasadena, Calif. He was 78.

His wife, Regina Whitcomb, said the cause was complications of a stroke he had in 2012 that had left him in declining health.

From the time he was a boy in Britain, Mr. Whitcomb was deeply enamored of ragtime and other older styles of music. After playing blues, jazz and skiffle music, he found widespread (if short-lived) fame with “You Turn Me On,” released while he was still a college student.

“I was ready to contribute to American popular culture: some finely wrought yet unpretentious work that might appeal to the masses,” Mr. Whitcomb wrote in “Rock Odyssey: A Chronicle of the Sixties” (1983), a memoir laced with history. “And what happened? The American people elevated me to fame with a trifle, a piece of piffle knocked off in a fit of absence of mind.”

“You Turn Me On,” an up-tempo number sung in a falsetto voice, complete with panting just risqué enough to appeal to teenagers and scandalize their parents, peaked at No. 8 on the Billboard Hot 100.

On the strength of that single’s success, Mr. Whitcomb traveled to the United States and France, appeared on television shows like “American Bandstand,” and was billed alongside the Rolling Stones, the Beach Boys, the Kinks and Sonny & Cher. But, as he told The Los Angeles Times in 1992, the rock ’n’ roll lifestyle did not suit him.

“My heart wasn’t in rock ’n’ roll. It wasn’t my line,” he said. “I didn’t like the drug scene and the attitude. … I wanted to write books and do theatrical things.”

Mr. Whitcomb went on to record modern versions of old tunes like Irving Berlin’s “Settle Down in a One-Horse Town,” as well as original material with a similar sound. He also hosted long-running radio shows devoted to dawn-of-the-20th-century music on Los Angeles radio stations and later on satellite radio.

He wrote about music and culture for newspapers and magazines. He also wrote two memoirs, “Resident Alien: The Hilarious Adventures of a Public School Man in California” (1990) and “Rock Odyssey,” which Stephen Holden called “the best-written personal chronicle we have of the period” in The New York Times Book Review.

Mr. Whitcomb wrote several insightful histories of popular music as well, including “Irving Berlin & Ragtime America” (1987) and “After the Ball: Pop Music From Rag to Rock,” published in 1972 in Britain and a year later in the United States, as well as a novel, “Lotusland: A Story of Southern California” (1979), which he adapted into a jazz and ragtime musical in 1992.

Mr. Whitcomb disputed the criticism that performing old-fashioned music was nothing more than a history lesson.

“Nobody says to a blues musician, ‘Why are you playing this old style?’” he told The Los Angeles Times that year. “It’s accepted as a legitimate form of music.”

Ian Timothy Whitcomb was born on July 10, 1941, in Woking, England, to Patrick and Eilene (Burningham) Whitcomb. His mother was a homemaker and his father served in the Royal Air Force before starting a building materials business.

Ian grew up in London and began performing old-fashioned songs a cappella as a boarding school student. His musical experimentation continued at Bryanston School in Dorset and then at Trinity College Dublin, where he studied history.

He started recording music in Ireland and released “This Sporting Life” and other singles before “You Turn Me On,” which he first recorded during an impromptu jam at the end of a session with his band, Bluesville.

After his flirtation with rock stardom and his graduation from Trinity, Mr. Whitcomb settled in Southern California and released recordings of older forms of music, often accompanying himself on the ukulele or accordion.

He produced an album by the 1930s movie star Mae West, “Great Balls of Fire” (1972), a collection of rock classics and new songs. He also recorded “Titanic: Music as Heard on the Fateful Voyage” (1997), a collection of songs said to have been played aboard that ship. The album won a Grammy Award for packaging; Mr. Whitcomb’s liner notes were also nominated.

In 1989 Mr. Whitcomb married Regina Enzer, with whom he lived in Altadena, Calif. In addition to his wife, he is survived by a brother, Robin, and a sister, Suzanne Tyler. He died at a care facility in Pasadena.

In the introduction to his book “After the Ball” Mr. Whitcomb, referring to himself in the third person, wrote that he had mused about what attracted him to history while riding on a rowdy tour bus during his brief bout of stardom:

“He remembered that once the college postman had asked him: ‘What d’ye want to study history for? It’s all happened and there’s nothing ye can do about it.’ He had puzzled over this for years, but now he realized that there was something he could do about it: He could write it himself and in so doing he could find his place in the scheme!”