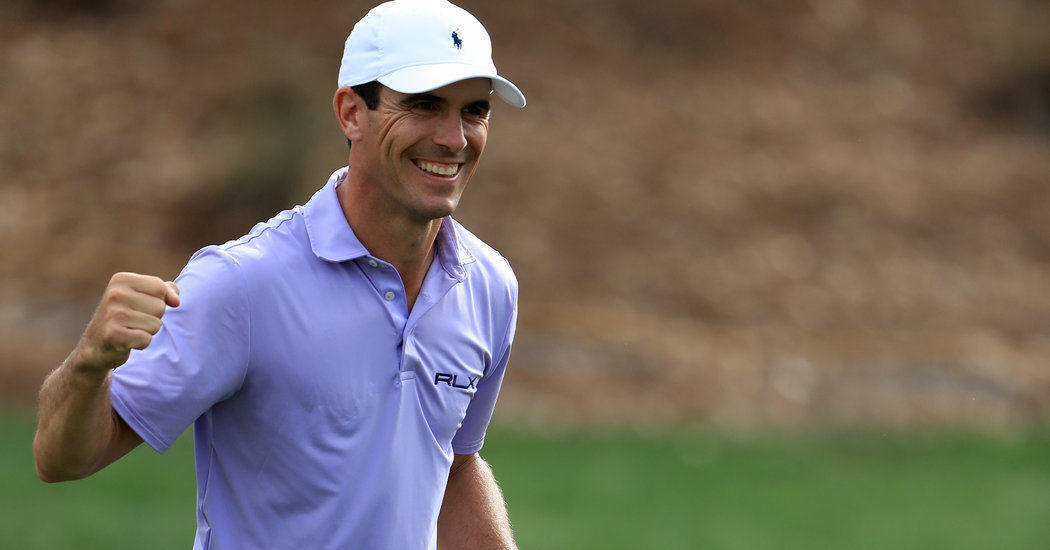 Billy Horschel went six months without a top-eight finish last year before he found a remedy for his ailing golf game from a surprising source: the hemp plant. Horschel, a five-time PGA Tour winner, began using cannabidiol, or CBD, products shortly after he missed the cut at the British Open in July. He had four top-eight finishes in the next four months and was playing some of the most consistent golf of his career before the season was suspended in March because of the coronavirus pandemic.

Horschel, the 2014 FedEx Cup champion, is convinced that the CBD-infused topical creams and powders produced by the company Beam have contributed to his return to top form by increasing his quality of sleep and decreasing inflammation in his knees and ankles. So bullish is Horschel on the products, he recently became an investor in Beam.

He is the latest in a growing group of tour members, including Bubba Watson, a two-time Masters champion, and Scott McCarron, the reigning Schwab Cup winner on the Champions Tour, who are paid endorsers for CBD products. Their advocacy would appear to signal a growing acceptance of CBD use in the conservative world of professional golf, which has been slow to distinguish between recreational and medicinal use of marijuana-derived products. The chemical compound, which is used to treat a variety of ailments from pain and inflammation to anxiety and seizure disorders, has been legal for golfers to use since the World Anti-Doping Agency removed CBD from its list of banned substances in 2018.

But allowing its use is not the same as endorsing it. Tour officials last year warned players that they risked failing a drug test if they used CBD products, because they are subjected to limited government regulation and may contain THC, the psychoactive compound of cannabis that is prohibited. The tour’s antidoping policy lists cannabis with drugs of abuse like cocaine, and so Horschel initially shied away from CBD products for fear of failing a drug test and gaining a reputation as a stoner, besmirching the tour’s refined image.

In the past year, two players, Robert Garrigus and Matt Every, have served 12-week suspensions after failing tournament-week drug tests for THC. They both said they had been prescribed marijuana for medical purposes in states where it is legal, their impassioned defenses driving home the general perception in the men’s game that nothing, not even a performance-enhancing drug violation, splinters the tour’s genteel veneer more than a failed test for a so-called drug of abuse, even if the drug is obtained legally.

Garrigus was particularly vocal about the tour’s drug policy, which allows players to apply for therapeutic-use exemptions for prescribed painkillers but seldom approves exemptions for marijuana.

“The fact that it is socially unacceptable for cannabis and CBD right now blows my mind,” Garrigus said. “It’s OK to take OxyContin and black out and run into a bunch of people, but you can’t take CBD and THC without someone looking at you funny. It makes no sense.”

McCarron said he first heard about CBD from his wife, Jenny, a competitive triathlete, who read about its use among athletes in her sport. “The PGA Tour does not want to own it so much,” McCarron said. “They say, ‘Well, it’s just a fad.’ But this stuff works.”

Andy Levinson, who oversees the tour’s antidoping program, which is conducted during tournament weeks, cited the lack of regulation of CBD products as a concern. He pointed last year to a 2017 study conducted by the American Medical Association that found THC in more than a fifth of the CBD products being sold online that it tested.

“There is no guarantee that what is on the label is what is contained in the product,” he said.

Levinson’s warning gave Horschel pause, which is why he chose a company, he said, that subjects its products to three independent tests to make sure they are THC-free.

Horschel said he had been drug-tested twice in tournament weeks since he started using the product. He said he was more concerned that the Claritin-D tablets he takes for his allergies would trigger a positive test than his CBD use.

For players who traverse time zones regularly and routinely finish rounds at dinnertime on one day and then tee off early the next morning, subpar sleep is virtually an occupational hazard. Horschel said that when he had an afternoon tee time, followed the next day by an early-morning round, he might get only four hours of sleep because he would have so much adrenaline in his system after his late finish.

“It would take me so long to calm down and to sort of shut my brain down,” Horschel said. Beam’s sleep product “has been a massive help for that,” he added.

The way McCarron sees it, the players are better off taking CBD products than a prescription drug. “Ambien, Xanax, any of those drugs are so bad for you,” McCarron said after last season’s season finale on the Champions Tour, where the players are more open about their CBD use, their chronic aches and pains caused by decades of wear and tear on their bodies perhaps emboldening them to speak. Referring to CBD, McCarron continued: “Why not promote it? I wish the tour would be a little more behind it.”

A CBD company, CV Sciences Inc., was an official sponsor of the tour stop in San Diego in January, and the products have gained plenty of unofficial exposure. When Phil Mickelson, a five-time major champion, began chewing gum during competitive rounds last year, he set off widespread rumors that he was chewing CBD gum, a position that McCarron maintains. “Tiger? Yeah, he’s chewing it,” McCarron said. “Phil? He’s chewing it.”

Mickelson, who won his 44th tour title last year at age 48, said the gum he had been chewing was infused with caffeine, not CBD. “The rumors that I am involved in any capacity with CBD is not true,” he said in a text message. “It’s something I’ve looked into. I did try it, but I’m not using it now.”

Before the season was suspended, Horschel had an ankle tendon injury that he treated with a CBD-infused cream, which allowed him to play on without pain. “It allows you to recover better and get over aches in a more natural way,” he said.

There is only one treatment for aches and pains that’s better, Horschel said, and that’s the one that has been forced on all the players during the past two months: rest.